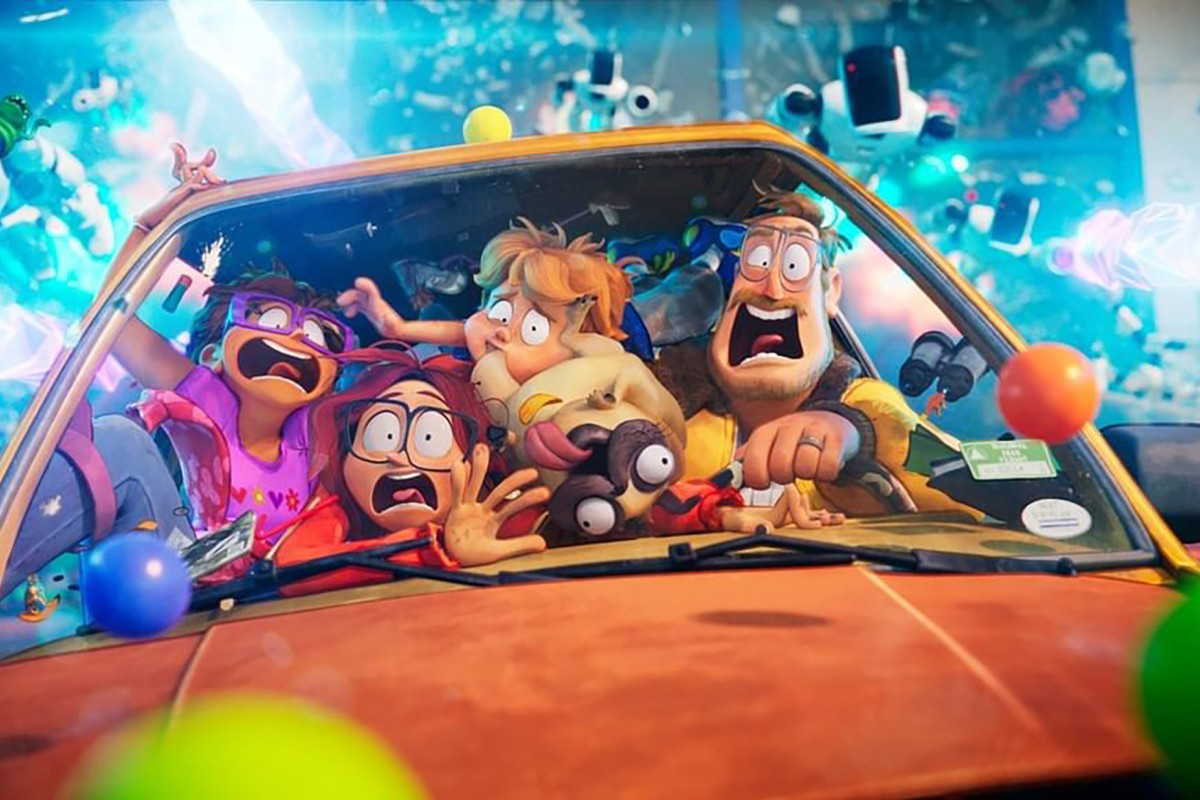 In “The Mitchells vs. the Machines”, a quirky family’s road trip is upended when they find themselves in the middle of a robot apocalypse. Photo: @mitchellsvsmachines / Instagram

Hong Kong actor Louis Koo Tin-lok is “happy and honoured” that The Mitchells vs. the Machines, a film on which he was executive producer, has earned an Oscar nod.

Nominations for the Academy Awards were announced on Tuesday evening. The animated sci-fi comedy is competing in the Best Animated Feature category against crowd favourites such as Pixar’s Luca and Disney’s Encanto.

“I hope this animation brings positivity, something that’s crucial now, to everyone,” said Koo. “Most importantly, a reminder to you all to treasure time with your family.”

The heartfelt film tells the tale of the Mitchells, a dysfunctional family who puts their differences aside to save humankind from a robot apocalypse.

In the movie’s ending credit scene, everyone who worked on the film, including Koo, included a personal family photo.

All you need to know about the Oscars 2022 nominations

It was a milestone for Koo, who has enjoyed success in the local and mainland Chinese markets. The film has allowed him to expand his reach to international audiences as well.

The 51-year-old actor began his career in 1993 as a television actor at local broadcast station Television Broadcasts Limited (TVB). He started gaining wider recognition after starring in multiple popular TVB dramas and began starring in films in 1994.

He has won several accolades, including Best Actor at the Hong Kong Film Awards in 2018 for his portrayal of a vengeful cop in the film Paradox.

Koo included his personal family photos in “The Mitchells vs. the Machines” credit scene. Photo: Handout

In 2013, he founded the entertainment company One Cool Group, which has since produced more than 20 films, including biopic Anita (2021) and Zero to Hero (2021), Hong Kong’s entry to the Oscars for Best International Feature Film.