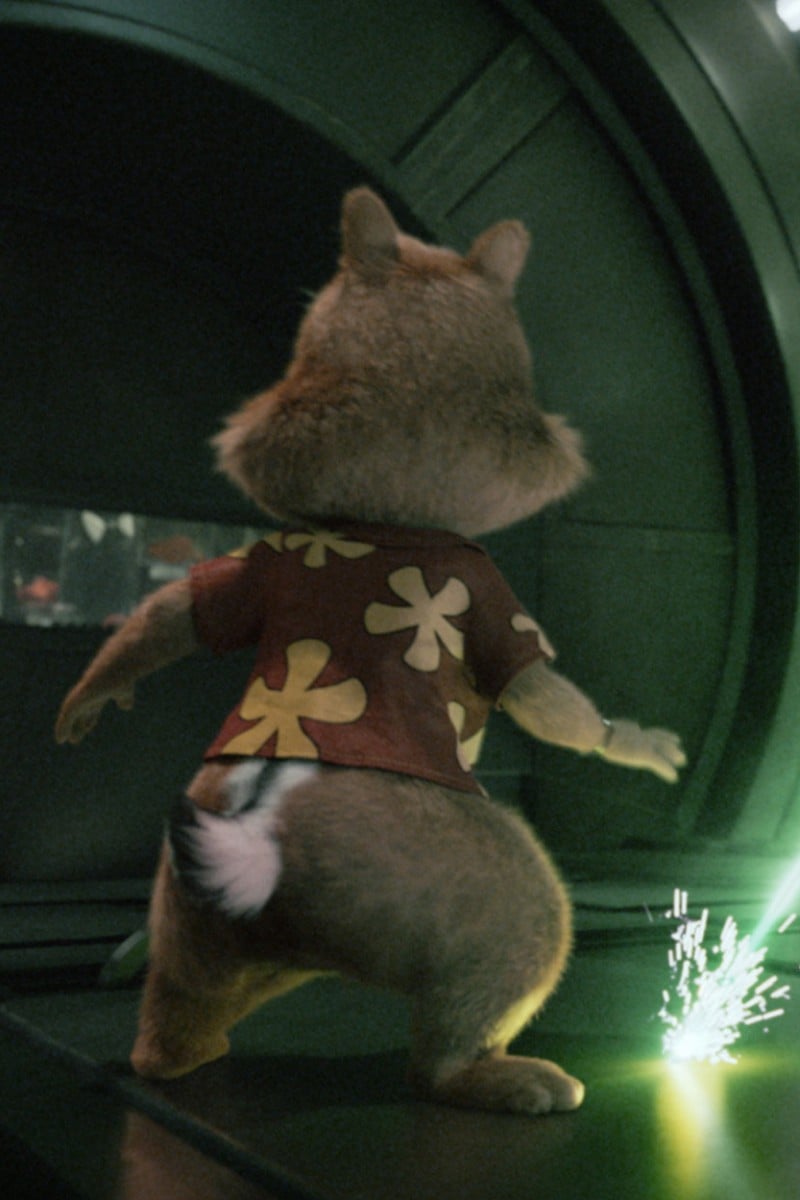 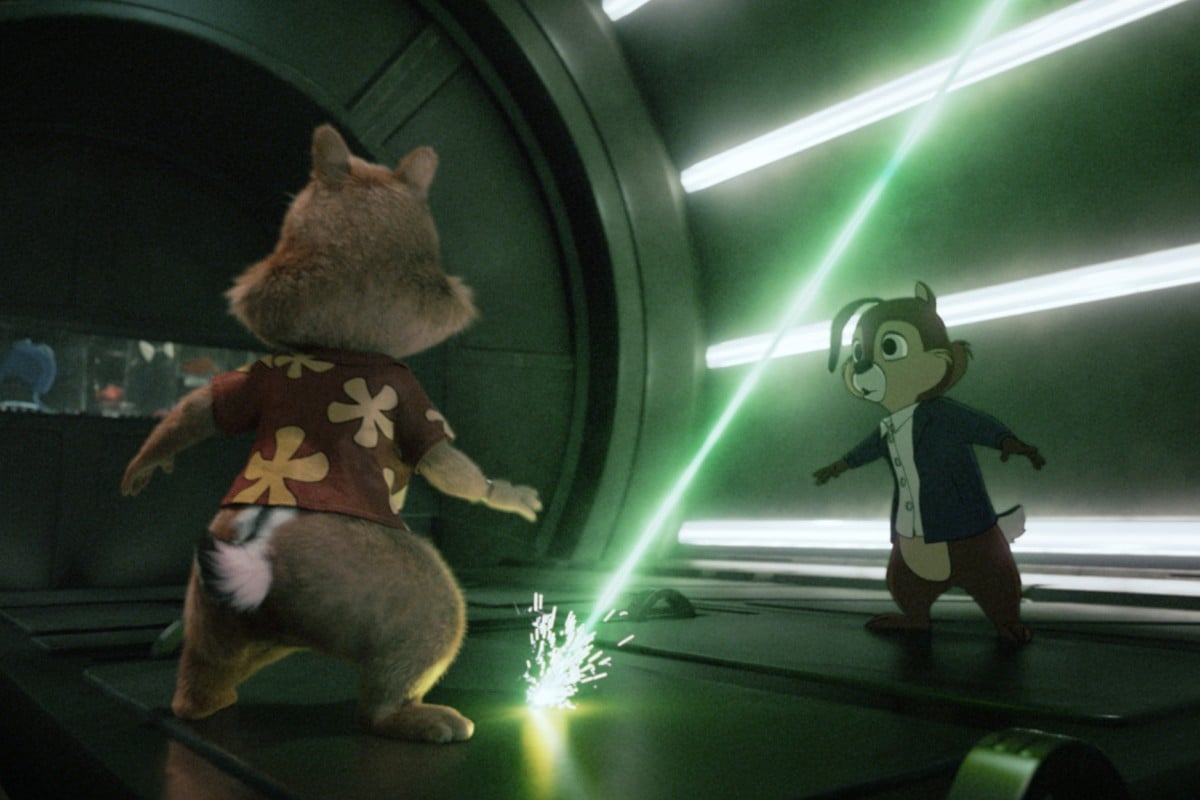 A kids’ movie for adults who like to pretend they’re still kids, Chip ‘n Dale: Rescue Rangers is an exceedingly clever riff on the late ‘80s-early ‘90s cartoon.

A member of The Lonely Island – a musical comedy trio, – Akiva Schaffer had to be one of those kids. He directs Rescue Rangers with a love and affection for the property like he’s just been handed the keys to the Batman franchise.

In Schaffer’s hands, along with those of writers Dan Gregor and Doug Mand (How I Met Your Mother), Rescue Rangers becomes an excess of pop culture references and a robust celebration of cartoons, the way we interact with them and the inner lives of their characters. It’s what Space Jam: A New Legacy would have been if it wasn’t so busy being annoying.

Rescue Rangers is narrated by Andy Samberg, who voices Dale. Dale exists in a world where humans and cartoons co-mingle, a world which Schaffer establishes without dwelling on.

Chip (voiced by John Mulaney) and Dale weren’t actual Rescue Rangers, out in the world solving mysteries and having adventures, they were actors starring in the Chip ‘n Dale series, in which they played the Rescue Rangers. It’s an important distinction in Rescue Rangers’ deconstruction of reality.

What we can expect from Stranger Things season four

It’s been years since the pair has been a team, and Dale – longing for the fame he once enjoyed – has undergone a 3D makeover to make himself more palpable to today’s audiences.

He links back up with a reluctant Chip – still in flat, 2D form – when their old partner Monterey Jack (voiced by Eric Bana) goes missing. It turns out he’s been kidnapped by Sweet Pete, a down-on-his-luck Peter Pan voiced by Will Arnett, who has a bootlegging ring where he makes cheap knock-off films based on known ‘toon properties (where Lady and the Tramp becomes Spaghetti Dogs, and so on).

Along for the Ride review: teen romance is great for those who don’t mind cheese

Rescue Rangers is packed to the gills with tossed-off asides; its background jokes (such as a billboard for Lego Miserables) are better than most kids films’ A-material. Seth Rogen voices a Viking dwarf with the dead eyes of early ‘00s motion capture characters (the Polar Express joke is made for you), Tim Robinson voices the “Ugly Sonic” with the human teeth who was replaced in favour of the eventual big screen Sonic the Hedgehog, and JK Simmons lends his voice to a Claymation police chief who helps out Chip and Dale.

Actual kids can follow along, but Rescue Rangers is engineered for an older audience – or members of Gen Z obsessed with 90s nostalgia – who will pick up on the references to Pogs, Cats and Butt-Head, of Beavis and Butt-Head notoriety, appearing on a campaign poster for his Senate run. The adventure itself gets a bit overloaded. But Rescue Rangers is a surprisingly good time, a reboot that earns its rebooting.