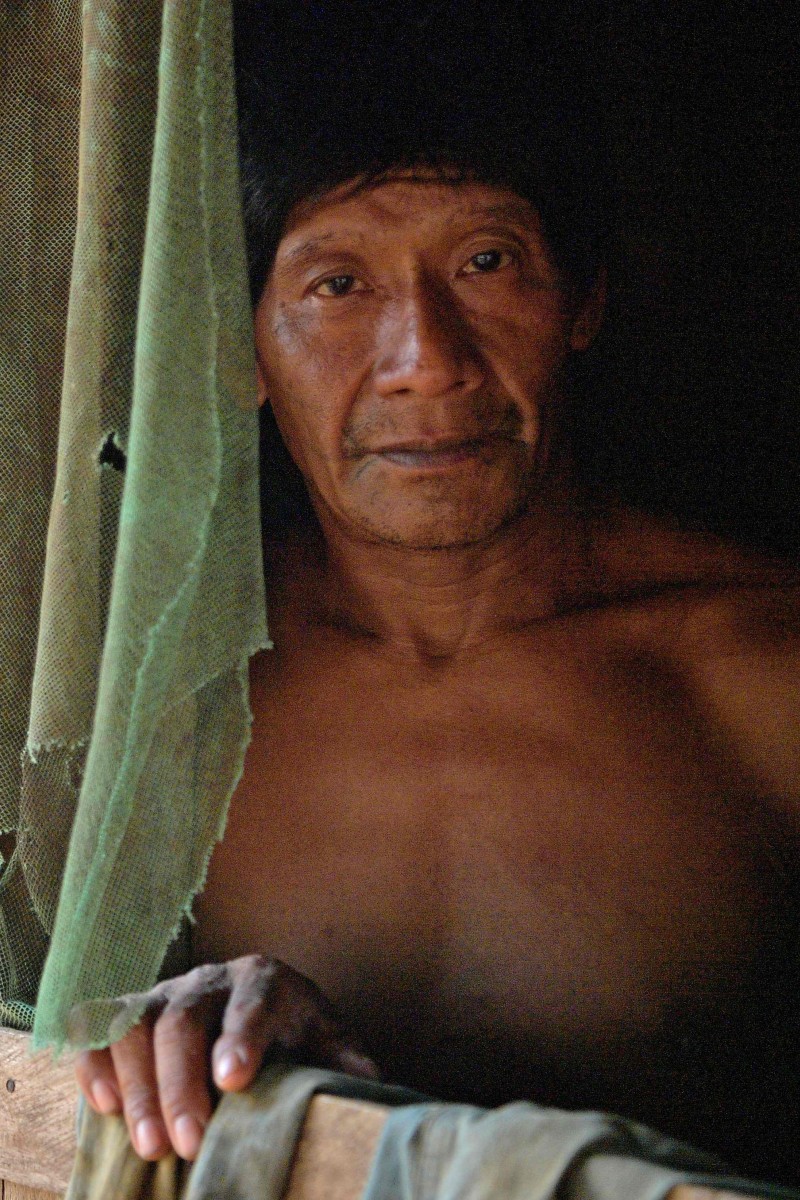 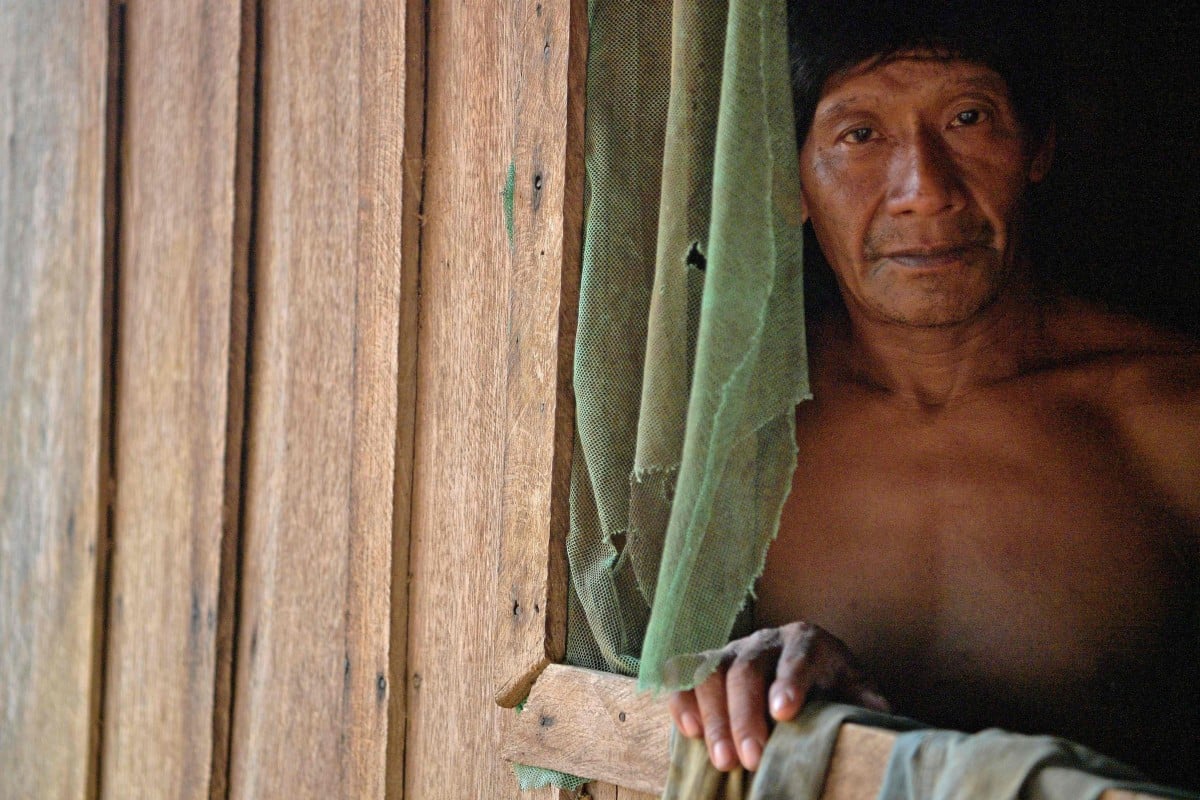 A member of the Uru-eu-wau-wau tribe poses in the tribe’s reserve in the Amazon, south of Porto Velho, Brazil. “The Territory,” to be released by National Geographic on August 19, follows the plight of some 200 hunter-gatherers who live in the protected area of the rainforest, surrounded and encroached upon by aggressive and illegal settlers, farmers and loggers. Photo: AFP

When Covid-19 reached Brazil’s Amazon, and an indigenous tribe sealed off its borders, director Alex Pritz found an innovative way to finish his documentary – he handed the cameras over to the Uru-eu-wau-wau themselves.

“The Territory,” to be released by National Geographic on Friday, follows the plight of some 200 hunter-gatherers who live in a protected area of rainforest, surrounded and encroached upon by aggressive and illegal settlers, farmers and loggers.

While shown in the movie dressed in traditional garb and honouring ancient customs, the Uru-eu-wau-wau and their young leader Bitate – the film’s main subject – were more than happy to use modern technology to fight back.

“When Covid happened, Bitate made the really bold decision to say ‘OK, no more journalists coming into our territory, no more filmmakers, no more Alex, no more documentary crew, nobody,’” said Pritz.

“We had to have a conversation with him like, ‘OK, are we done with the film? Do we have everything we need? Is there more? Should we start editing?’

“Bitate was really clear: ‘No, we’re not done. We still have a lot left to do. You guys weren’t done before, why should you be done now?

“‘Just send us better cameras, send us audio equipment, and we’ll shoot and produce the last part of the movie.’”

The result was a “co-production model” in which an Uru-eu-wau-wau filmmaker is credited as cinematographer, and the community more broadly acted as producers with a share of profits and a say in business decisions about the film’s distribution.

Besides enabling filming to continue into the pandemic, Pritz believes the decision to provide equipment and training directly to the Uru-eu-wau-wau benefited the film by adding a “first-hand perspective” on the group’s activities, which include patrolling the land to arrest interlopers.

“I shot a bunch of surveillance missions myself. None of them made the cut!” said Pritz.

“Not because we wanted to transfer the filmmaking … it was more raw, it was more urgent.”

Even before Pritz’s crew arrived, the Uru-eu-wau-wau had become adept at using the power of modern technology and media to champion their cause, positioning themselves on the global stage as guardians of a forest whose survival is bound up in issues of climate change and biodiversity.

“Bitate and this younger generation within the Uru-eu-wau-wau are digital children. He’s born in the late 90s. He’s on Instagram. And that’s part of how he engages with the world,” said Pritz.

When drones capturing stunning and harrowing footage of vast deforestation appear early in the documentary, many audiences assume they belong to the filmmakers, said Pritz.

But in fact, the flying cameras were bought and are operated by the Uru-eu-wau-wau themselves.

A young Uru-eu-wau-wau woman steps out from a straw-thatched hut in the tribe’s reserve in the Amazon. The tribe frequently speaks up about issues related to the rainforest. Photo: AFP

“Whereas it would have taken four days to walk over a mountain range of thick, dense, old-growth rainforest … with the drone, you’re there in 30 minutes, you have images tagged with metadata,” said Pritz.

“People can’t argue with that.”

It is a stark contrast to the farmers and settlers, who are also central subjects of the film.

In astonishing footage, the documentary follows one group as they brazenly chainsaw and set ablaze protected forest, illegally clearing space for roads to territory they one day wish to settle and claim as their own.

Access was possible because many settlers see themselves as heroic pioneers, speaking in interviews to Pritz about opening up the rainforest for the good of their nation – a heady mix of “Wild West” cowboy culture borrowed from American films, and nationalist propaganda stoked by Brazilian President Jair Bolsonaro.

“The settlers were these naive people who had no understanding of the historical context of their actions, the ecological consequences, what they were doing for the rest of the planet,” said Pritz.

For the settlers, many of whom lack education or any other economic opportunities, “it was just about ‘me and mine,’ ‘just this one little plot,’ ‘if only I can get this.’”