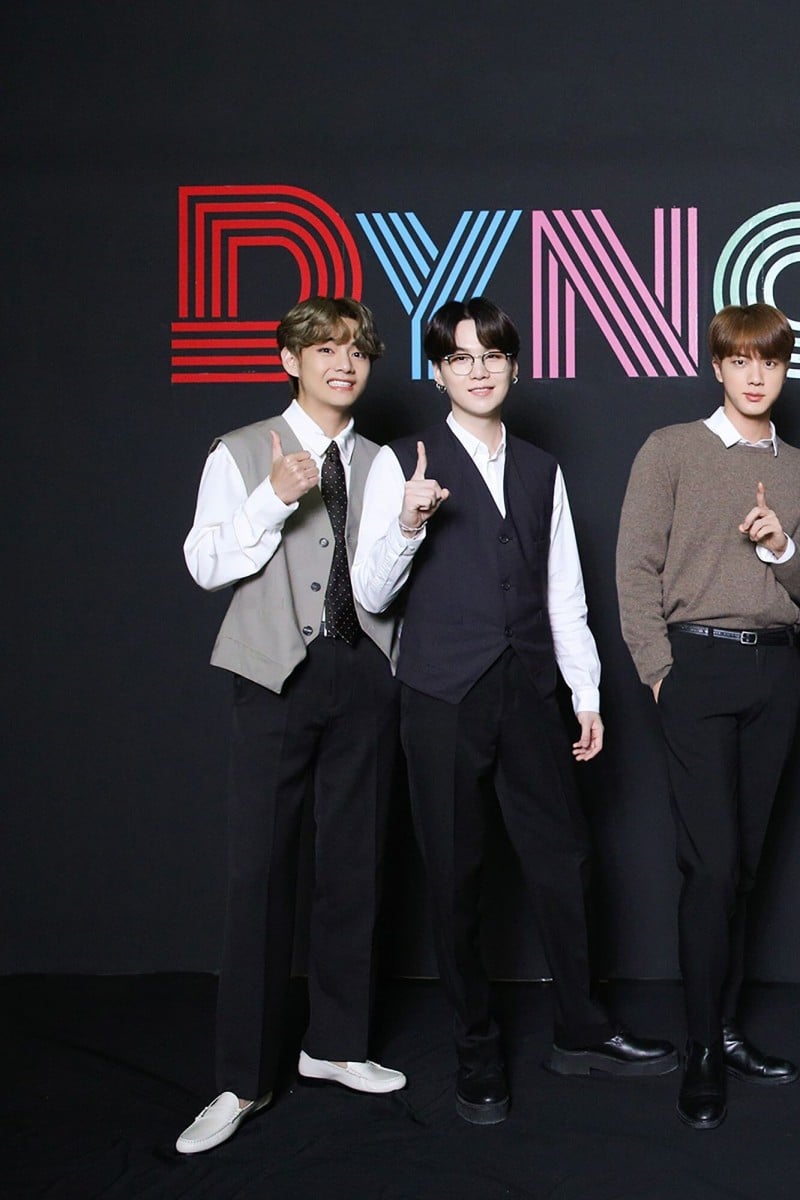 Trailblazing South Korean boy band BTS have shot to the top of the US charts with their first all-English song, and the socially conscious septet’s latest triumph could herald a historic cultural shift.

The feat had previously eluded rapper Psy, whose Gangnam Style was a global megahit but peaked at number two in the US.

But the entirely English lyrics of Dynamite make it radio-friendly in English-speaking countries -- bypassing a hurdle faced by another recent South Korean cultural phenomenon, the subtitled Oscar-winning movie Parasite.

Even so, the group’s Billboard feat means the era of the West “dominating the world popular music is truly coming to an end”, CedarBough Saeji, a visiting professor at Indiana University-Bloomington, told AFP.

“This will embolden a generation of creatives to consider the world and not just their local markets.”

Like almost all K-pop groups, BTS -- or Bangtan Sonyeondan, which translates as Bulletproof Boy Scouts -- were formed by an entertainment agency.

Big Hit Entertainment assembled J-Hope, Jimin, Jin, Jungkook, RM, Suga and V through a combination of direct recruitment and auditions, and reports say the group -- who are known to be relentlessly hardworking -- went through intensive training ahead of their debut in 2013.

Leader RM was already known in the South’s underground hip hop scene for his rapping skills, while Jimin had been enrolled in an arts school in Busan, majoring in contemporary dance.

“I didn’t know we would be in the global spotlight like this,” member V, who hails from Daegu, told reporters at an online briefing Wednesday, following the group’s Billboard feat.

“After each of us moved to Seoul from our hometowns with nothing I still vividly remember singing and dancing hard in a cramped basement practice room seven years ago.”

BTS performed at the MTV VMA awards, which aired in late August. Photo: MTV via AP

The group have since ascended to global superstardom, holding a string of sold-out shows in Los Angeles, Paris and London last year.

Their lyrics are socially conscious -- themes include societal competition and the ills of consumerism -- and they consistently engage with fans at home and abroad through social media, accumulating some 28.5 million followers on Twitter.

In 2018 BTS addressed the United Nations, urging young people to believe in their own convictions, and earlier this year they donated $1 million to the Black Lives Matter movement, inspiring fans to contribute the same amount.

7 thoughts we had while watching the BTS ‘Dynamite’ video

The fact that “their songs often have explicit commentary about social issues facing both Korean youth and people around the world, has drawn in a lot of fans and also created a deep connection with the group”, said Jenna Gibson, a researcher at the University of Chicago.

Group leader RM said that the light-heartedness of Dynamite, as well as elements of disco-pop that make it “easy to sing along or hum along with”, contributed to its historic success in the US.

“Dynamite is more familiar because of the language,” he added.

According to experts the song was carefully and commercially planned to target the Billboard ranking, which blends US streaming, radio airplay and digital sales data to determine the top hits.

“By releasing a song in English, BTS definitely appeared to be targeting radio audiences, which have been reluctant to embrace them even though they have a sizable audience on every other single platform,” said Tamar Herman, the author of BTS: Blood, Sweat & Tears.

“This song very much appeared from the get-go an attempt to land atop of the Hot 100, which has been one of BTS’s longterm goals,” she added.

“By releasing it amid Covid as a song aiming to comfort listeners it definitely found its audience.”