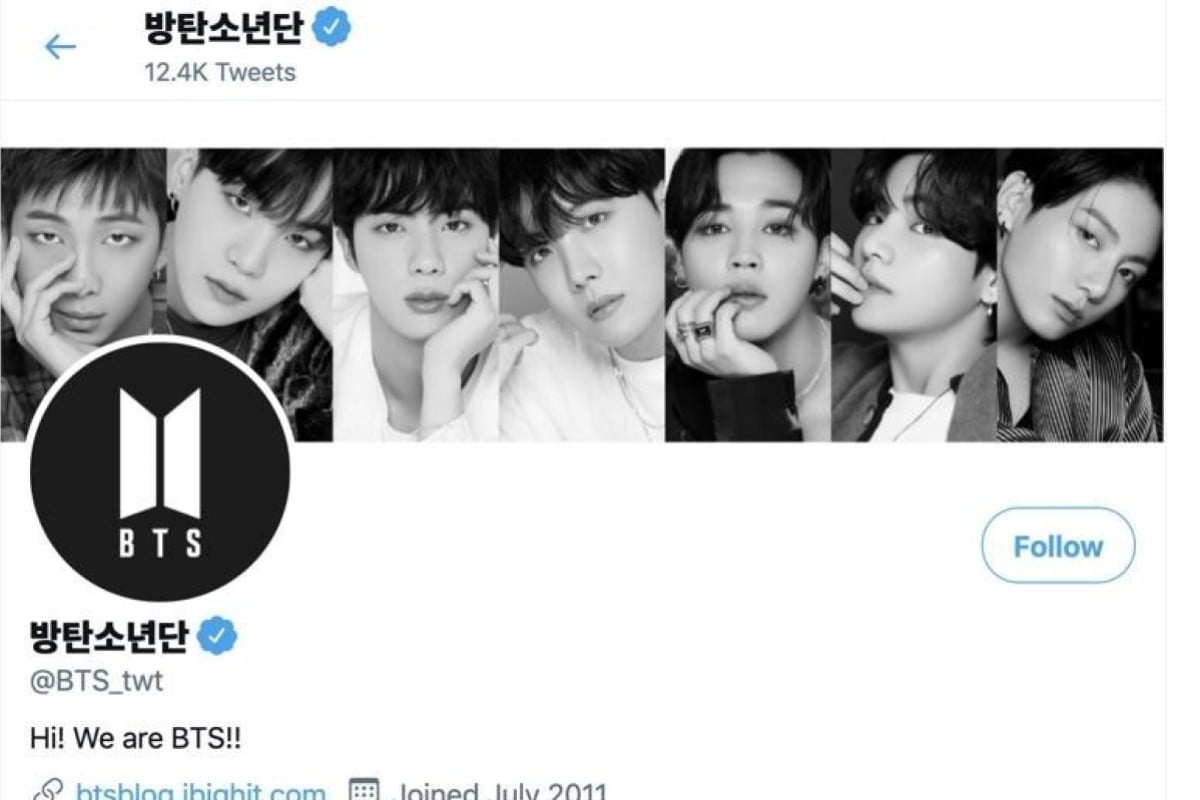 BTS has made history yet again, ending the year by breaking another record as they became the most-followed band on Twitter.

This week, the South Korean septet’s follower count surpassed 31.52 million followers, moving them past One Direction as the most-followed band in the world. That group currently has 31.51 million followers.

BTS was the most-interacted-with musical act on Twitter this year, and a tweet by member Jungkook was the second most-retweeted post on the social media platform this year. The group has been the most engaged musical act on the site for several years now.

One Direction celebrated its 10th anniversary this year, but its Twitter account has been more or less inactive as the group has been on hiatus since 2016.

Along with the 31.52 million on the BTS members’ personal account, their official promotional account currently has over 26 million followers.

BTS were recently recognised by US magazine Time as the entertainers of the year.

The current third most popular band after BTS and One Direction is Coldplay, with more than 23 million followers. In general, bands have less of a presence on Twitter than individual artists.

The most recent posts on BTS’s account as of time of writing are a series of selfies from the band’s appearance on KBS’s Gayo Daechukje year-end music festival.