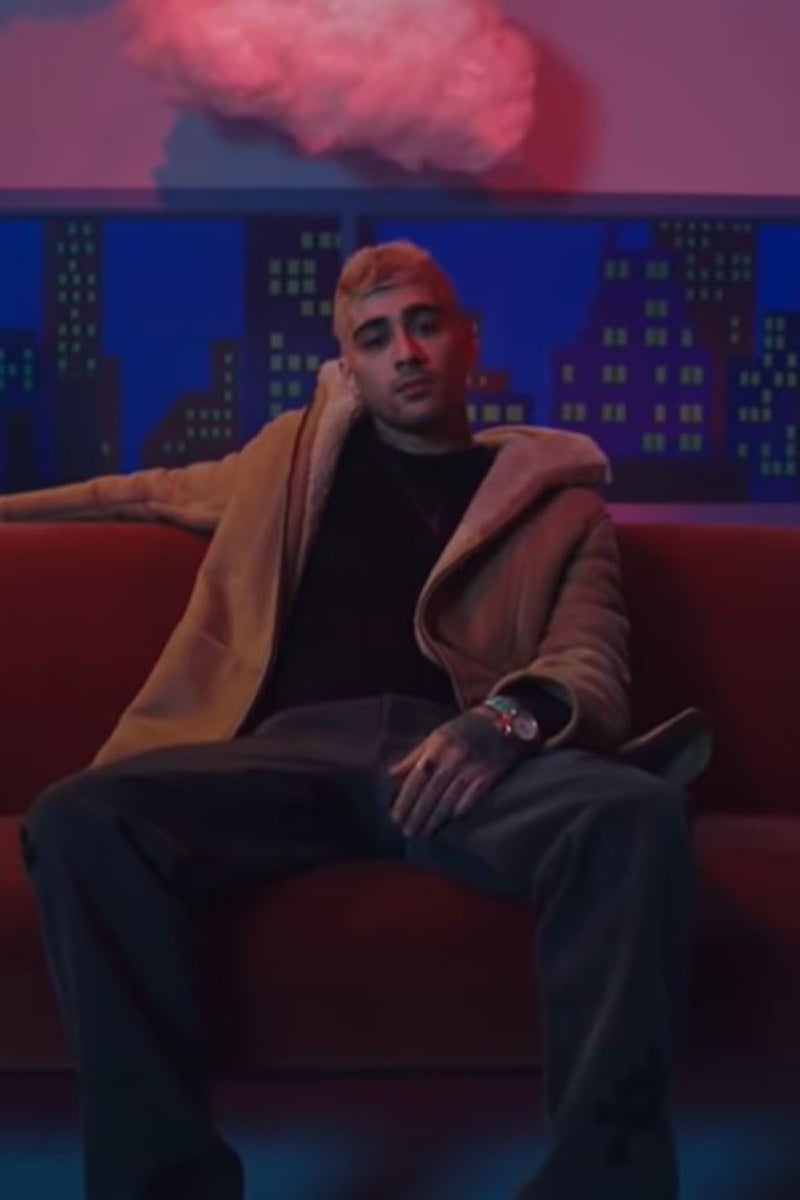 Zayn releases a new video, 'Vibez', with an album on the way Zayn is back to blonde in his latest release, 'Vibez'. Photo: YouTube

Zayn is back to blonde in his latest video, Vibez, released on January 8. The video is just under three minutes long but already has more than seven million views. Specifically mixed with 360 Reality Audio, the song sounds extra immersive with headphones on.

The video depicts Zayn on the stage of a theatre, sitting in a bedroom set having a quiet evening. It’s evident he’s bagged some brand deals by flashing a sweet Omega watch and turning on a massive LG TV 30 seconds in.

There’s a surreal element to the video as the set shifts and changes around him. A painted city skyline hangs in the background as he “drives” a cardboard car. Trees move past him as he “walks” through a forest in a cosy-looking camel coat. He rows a boat and waves to a wooden whale en route to a sofa in the middle of nowhere.

More albums we're excited for in 2021

He’s dropping his full album, Nobody is Listening, on January 15. We presume he might have written at least one or two songs about his daughter and his experience being a new father.

Zayn and his and long term girlfriend, model Gigi Hadid, had their baby girl back in September 2020. They’ve said they want to raise their daughter in privacy, but we’ve been blessed with snippets of her here and there.