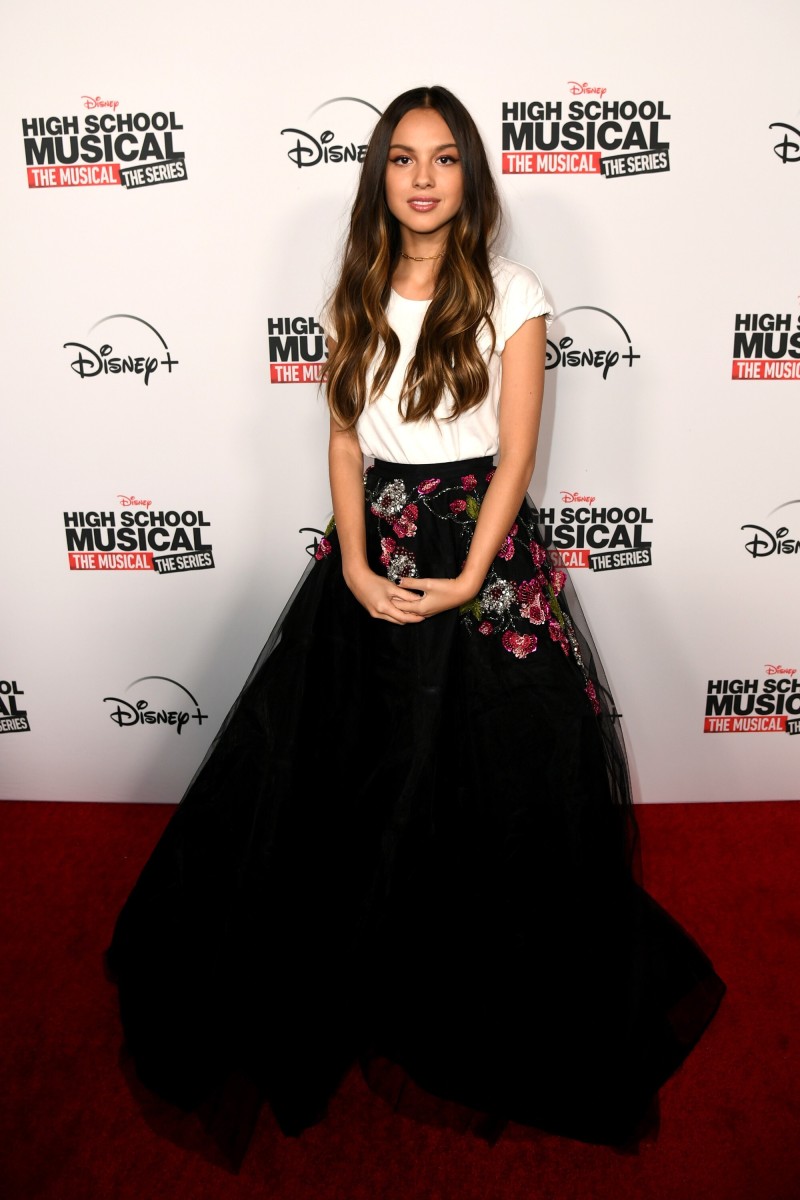 Who is Olivia Rodrigo? 5 things to know about the singer of TikTok’s (other) hottest song, ‘Drivers License’ 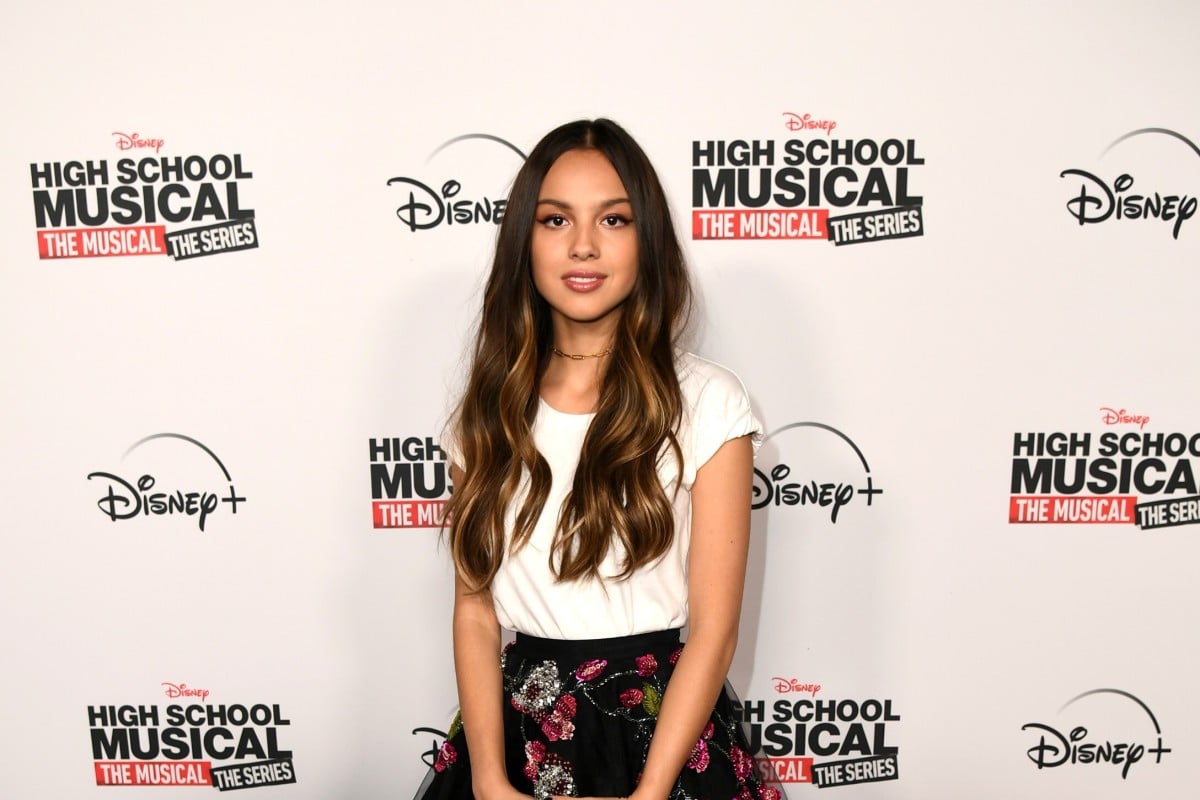 Last weekend, Spotify announced a new song had broken the record for most streams for a song in one week. Then it passed 100 million streams on Spotify, making it the fastest song in the platform’s history.

The song’s emotional lyrics and infectious hook (which you’ve probably heard by now) are all over TikTok, where hundreds of thousands of people – including the app’s queen bee, Charli D’Amelio – have been posting Drivers Licence videos, such as dances and explainers linking its contents to Rodrigo’s personal life.

“I guess you didn’t mean what you wrote in that song about me,” Rodrigo sings on the angsty track about getting her licence and coping with heartbreak. “’Cause you said forever, now I drive alone past your street.”

Here are five things you should know about the 17-year-old artist:

After making her Disney Channel debut in the tween sitcom Bizaardvark, Rodrigo scored the lead role of Nini Salazar-Roberts in Disney+’s High School Musical: The Musical: The Series.

In the meta spin-off of the Noughties movie franchise – it’s about teens who stage a production of High School Musical at the school where the hit TV movies were filmed – underdog choir girl Nini lands the coveted part of Gabriella Montez (originated by Vanessa Hudgens) with a melodic solo rendition of the Troy-Gabriella duet, Start of Something New.

2 This isn’t exactly her first hit

In addition to starring in High School Musical: The Musical: The Series, Rodrigo has written multiple songs for the show – including its most popular original, All I Want.

The heartfelt Season 1 ballad, which has amassed more than 193 million streams on Spotify, details Nini’s complicated relationships with two of her exes.

“[Gen Z-ers] have a particular insight on the world that sometimes adults don’t have,” Rodrigo told The Los Angeles Times last year of her approach to songwriting.

“If you have a bunch of old white guys in a room trying to write a song for a teenage girl, their experience is never going to be the same as a teenage girl living in 2020.”

How to get your driver’s licence: here’s what you need to know

She also co-wrote a romantic Season 1 duet, Just for a Moment, with the Troy to her Gabriella, Joshua Bassett. We’ll get to him later.

Some have compared Drivers Licence to pop icon Taylor Swift’s music, which often draws on the singer’s personal heartbreaks in vivid detail, prompting rampant speculation as to what – and more important, who – inspired them.

Well, it just so happens that Rodrigo is a huge fan of Swift. And Swift is an admirer of Rodrigo too: after Drivers Licence charted among some of Swift’s most popular Evermore tracks on iTunes, the Willow hitmaker personally congratulated Rodrigo on Instagram.

“I say that’s my baby and I’m really proud,” Swift wrote, causing Rodrigo to lose her mind – and fans to predict that the young musician will be next in line to open for Swift on tour.

In April of last year, the Grammy winner shared Rodrigo’s acoustic cover of her fan-favourite Lover track, Cruel Summer, to her Instagram story.

In turn, the Disney actress hailed Swift as “the reason I write songs”.

4 Swift isn’t her only famous fan

As mentioned above, TikTok star D’Amelio has also expressed her admiration for Rodrigo’s work – as have model Hailey Bieber, Game of Thrones star Sophie Turner, pop star Joe Jonas and others on social media.

Stars, they’re just like us: even the grown-up ones are shamelessly crying along to a song a 17-year-old wrote about getting her driver’s licence.

5 So ... what’s all this about Bassett and Sabrina Carpenter?

If you’ve been tracking the success of Drivers Licence this month, you’ve probably seen Bassett’s and Sabrina Carpenter’s names floating around in connection with the tune.

Rumour has it that Rodrigo and Bassett fell for each other and possibly dated while working together on the show.

Either way, the speculation is that their romance didn’t end well, and Bassett has since been linked to Disney Channel star-turned-singer Carpenter. (The two have appeared in multiple quarantine TikToks together, so you know it’s real.)

Bassett, 20, has also written and released some love songs of his own – hence the Drivers Licence lyric, “I guess you didn’t mean what you wrote in that song about me”.

Rodrigo also mentions a “blond girl” that’s “so much older” than her on the track. Carpenter is, in fact, blond, and four years Rodrigo’s senior at age 21.

Make of that information what you will!