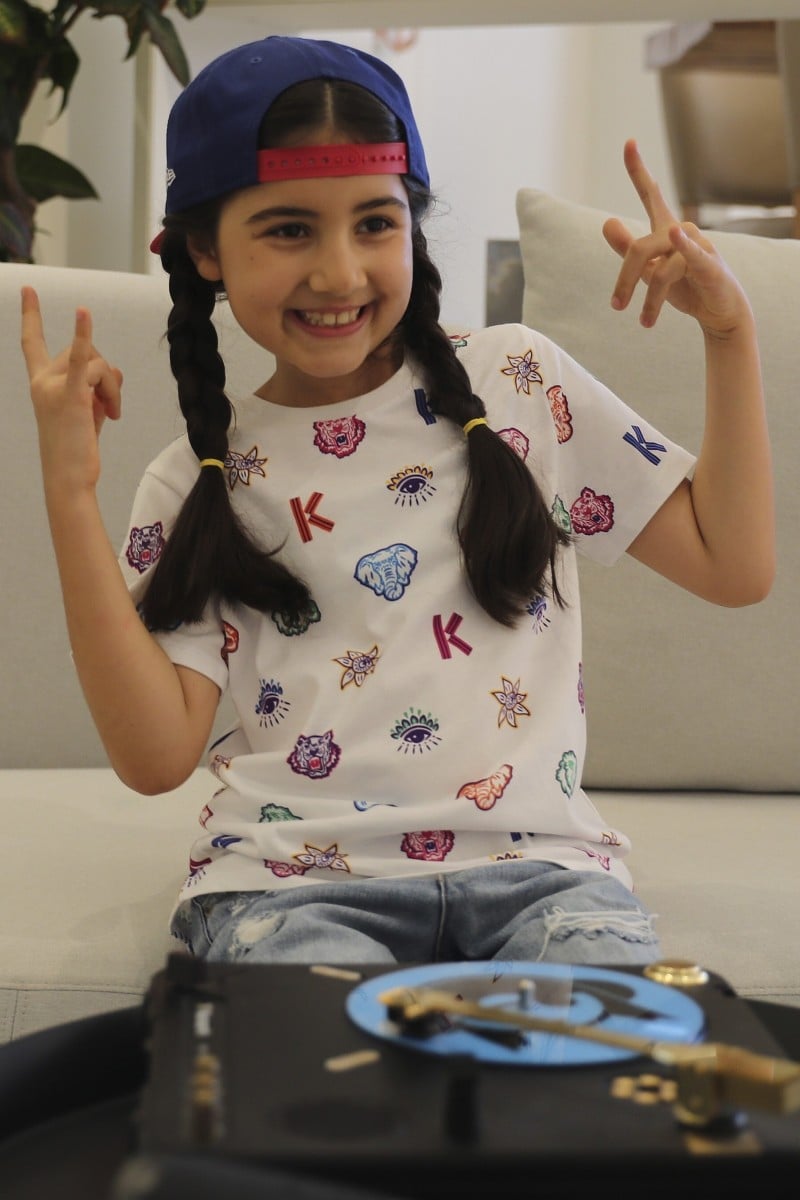 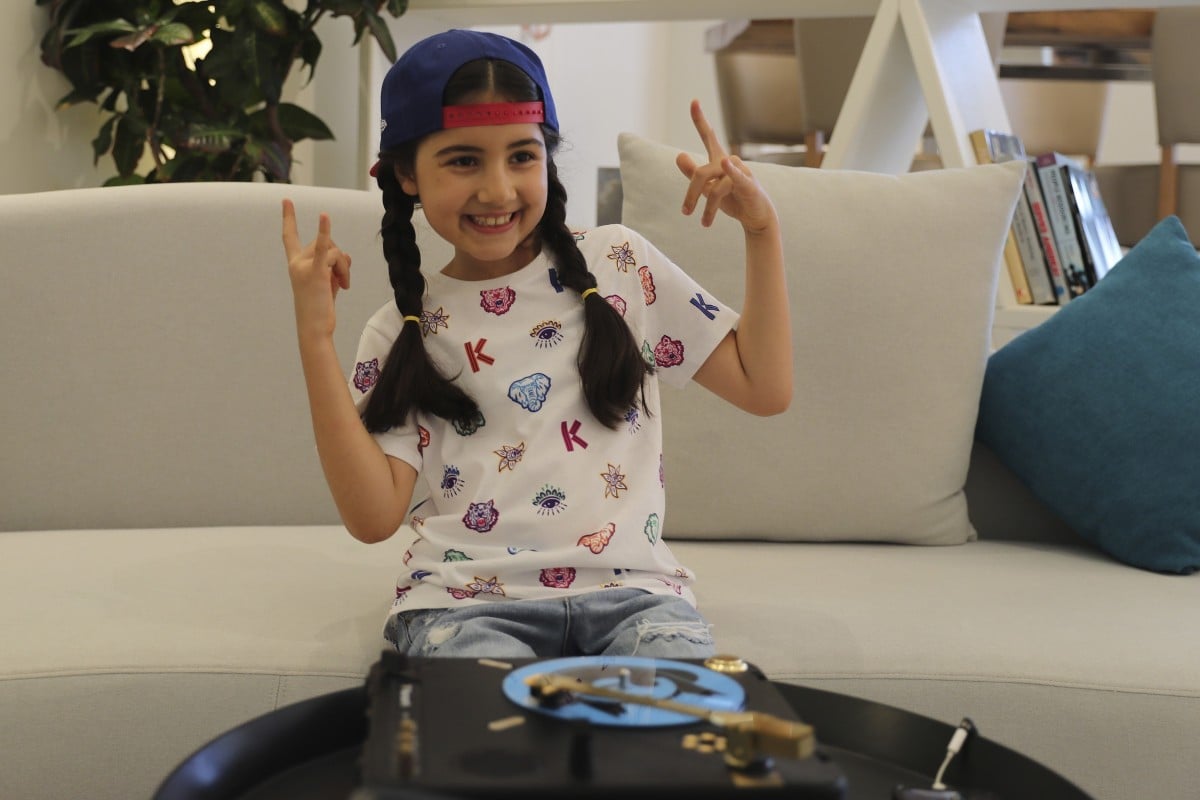 Dubai’s Michelle Rasul is a nine-year-old DJ scratching her way to the top. Photo: AP

When Michelle Rasul had just learned to read and write, she was already spinning turntables, scratching hip-hop records, and making the beats drop. Four years later, at the age of nine, she’s now one of the world’s top DJs, and recently competed in this year’s global championship.

At her home in the skyscraper-studded city of Dubai, the turntable whiz from Azerbaijan nodded her baseball cap-adorned head to the beat and showed off her skills scratching, cutting, and fading. Her tiny fingers flew across the turntable, as she created a sizzling landscape of electric audio effects and recalled how she got her start as a child turntable celebrity.

“I looked at my dad while he was practising DJ-ing, and I was like, ‘Wow, is he doing magic or something? He’s a real magician, bro!’” Michelle said. “When I turned five, I told him, ‘I want to be a world famous DJ. I’m going to start practising.’”

As though recounting a decades-long career, she grinned and added: “And the rest is history.”

Michelle, the youngest-ever contestant in the DMC World DJ Championship, ranked 14th out of 85 DJ stars from around the world in the Portablist category this year, the global portable scratch competition. The competition was held online due to the pandemic.

Although she didn’t move on to the next round this time, she wants to work hard and beat her father, Vagif “DJ Shock” Rasulov, next year. He’s a professional who taught her how to be a DJ. He came ninth in the competition this year.

“I love competing in battles,” she said. “It’s my passion.”

Hip hop artists started popularising turntabling in the late 1970s. And for people who don’t know much about Djing, it can look like a basic act – taking a record, putting the needle down, and sliding it back and forth with the fingertips. But for the wizards, it’s an art form, involving spontaneous sound mixing and advanced techniques: quick, rhythmic scratches and “crabs”, rubbing the record under the needle.

From the moment her parents gave her a mini DJ starter kit, they recognised her extraordinary abilities. Even as a baby, she was fascinated and would punch all the buttons on her father’s equipment.

“She just catches things so fast,” said her mother Saida Rasulova, a former violinist who also encouraged Michelle’s love of music. “I realized that she’s a star – that she’s really talented.”

When her peers were listening to nursery rhymes, or as she put it, “‘Baby Shark’ stuff or ABC songs,” Michelle said she was hooked on music legends like Tupac Shakur, Jay-Z, the Notorious B.I.G., and Michael Jackson, who is still her favourite musician.

Her parents started posting footage of her scratching online, and Michelle’s popularity exploded. Her Instagram account and persona as the self-described “youngest DJ in the world”, has racked up 110,000 followers. Online messages from aspiring DJs ages six to 65 poured in from around the globe, she said.

Michelle’s feed is populated with posts of her break-dancing and scratching furiously alongside her sunglasses-sporting father. In others, she’ll be spinning hip-hop and techno tunes live for her listeners, strumming the bass, and playing at events such as Dubai’s recent food festival. Before the pandemic, Michelle performed regularly at kids’ parties and music festivals across the city.

While the rest of the world is focused on her accomplishments as a DJ star, Michelle is busy bouncing through life as a third-grader. When she’s not turntabling, she is attending online school, skateboarding, reading, and hanging out with friends and dogs at her neighbourhood park. But her heart is always in her turntabling.

“I can’t imagine my life without music,” she said. “Like from the start, from the very beginning, when I was really little.”