Twenty One Pilots drops new album, ‘Scaled and Icy’, talks to YP about ‘Blurryface’ and Covid 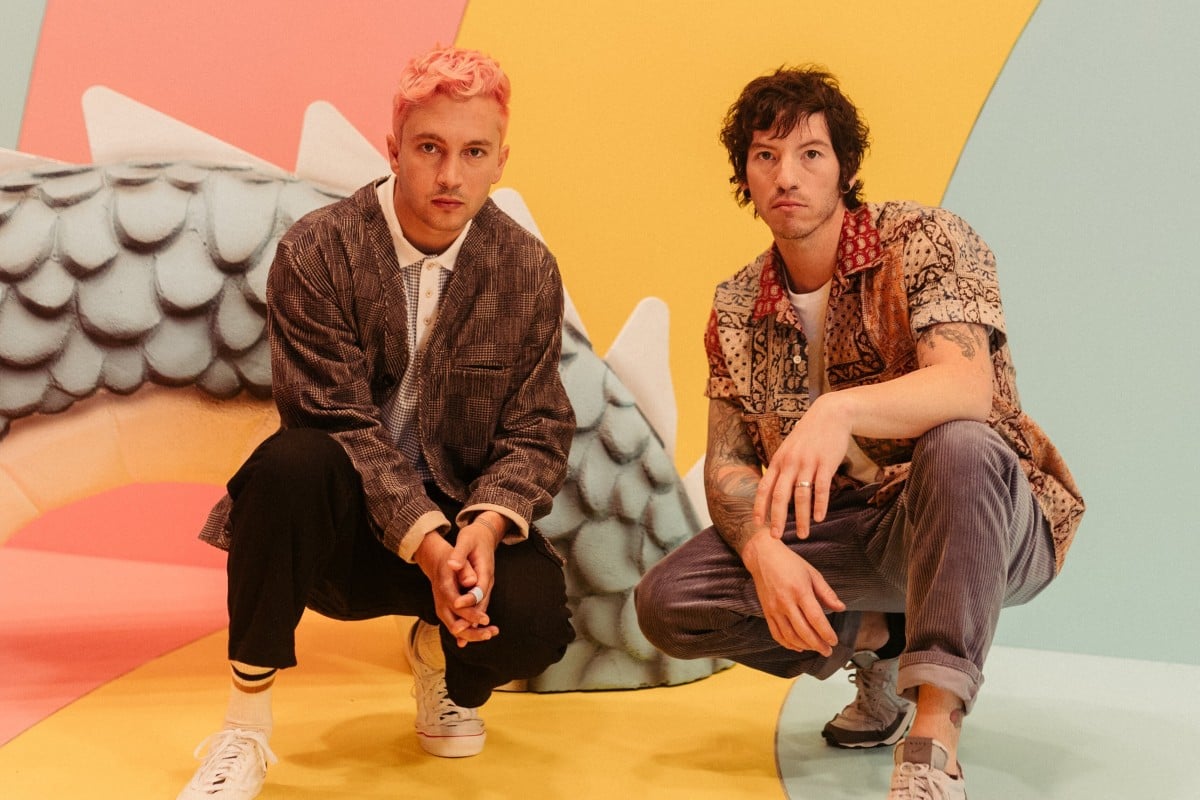 'Scaled and Icy' is the newest album from Twenty One Pilots, whose last release, 2018's 'Trench', was praised by critics. Photo: Warner Records Hong Kong

You might be surprised by Twenty One Pilots’ latest release, Scaled and Icy, as it is way more upbeat than you might expect from the group that was propelled to fame with the angst-ridden album Blurryface.

But with the world in disarray over Covid-19, the duo felt they had to do this.

“Things are tough on a global level, and at times very dismal,” said lead singer Tyler Joseph. “It didn’t feel right to write a record that mirrored that reality.

“It felt more inspiring to write something that was the opposite ... imaginative, colourful, and hopeful. It helped me get through the past year, and I hope it can help others as well.”

In true Covid fashion, Joseph and bandmate Josh Dun worked on the project remotely more than 3,600km away from each other. While Dun was in Los Angeles, Joseph was in Columbus, Ohio – the US city is the band’s home town.

“We figured out a way to collaborate with video conferencing – sometimes it was very tough,” Joseph confessed.

#Throwback to the last time we spoke to Twenty One Pilots

“I’ll always wonder what the album would sound like if we didn’t have to collaborate that way, but I think it turned out well.”

“It really represents how we found ourselves this last year,” Joseph added, as he explained that the album’s title Scaled and Icy is short for “scaled back and isolated”.

“We took these two words that are very negative and put a spin on it.”

That time Tyler and Josh accepted a Grammy in their underwear

The album’s name also inspired the cover’s artwork: a scaled, teal dragon, who was also important to the duo’s socially-isolated creative process.

“Trash the dragon is equal parts inspiration, fear, and magic. I wanted to tie our songs to something as powerful as that,” Joseph explained.

“We usually write songs while travelling, which obviously wasn’t the case this time, but I wanted to make sure even though we were confined to one space, we didn’t feel confined musically.”

Trash the dragon on the cover for “Scaled and Icy”.

“This dragon represents that imagination; to me, it was flying around the room while I was making these songs.”

The new album isn’t the only thing they’ve been up to during the pandemic: last year, Twenty One Pilots released a dance-pop single, Level of Concern, an anthem that addressed the fear and anxiety of Covid-19, while also offering hope.

For the song’s music video, they decided to stream artwork submitted by fans for 177 days straight. The clip refreshed every three minutes and 42 seconds with new content, creating more than 400 new versions of the video daily. It earned the band a spot in the Guinness World Records for the longest music video.

A review of Twenty One Pilots’ last release, ‘Trench’

It was an out-of-the-box move, and the duo was grateful for the many fans who submitted artwork.

“Many people discovered our band from Blurryface, and there’s nothing that compares to the emotional ties you form when you first discover a group,” Dun said.

But he added, “It puts pressure on anything the band releases after that, and new releases are judged more critically.”

Despite the pressure from fans of their first album who might be expecting a certain sound, the duo is grateful for those who will stick around as their music evolves.

“To go on a journey with a band is something really special,” Dun said.

“It’s exciting to grow musically, and continue to outdo ourselves.”

Remember when the guys surprised us with a Christmas song?

The driving force behind their sound is one simple question: do we like this?

“You’d be surprised by how many artists don’t enjoy their style of music. It’s what they do, but they listen to something else,” Joseph said. “That’s not the case for us. We make music we like.”