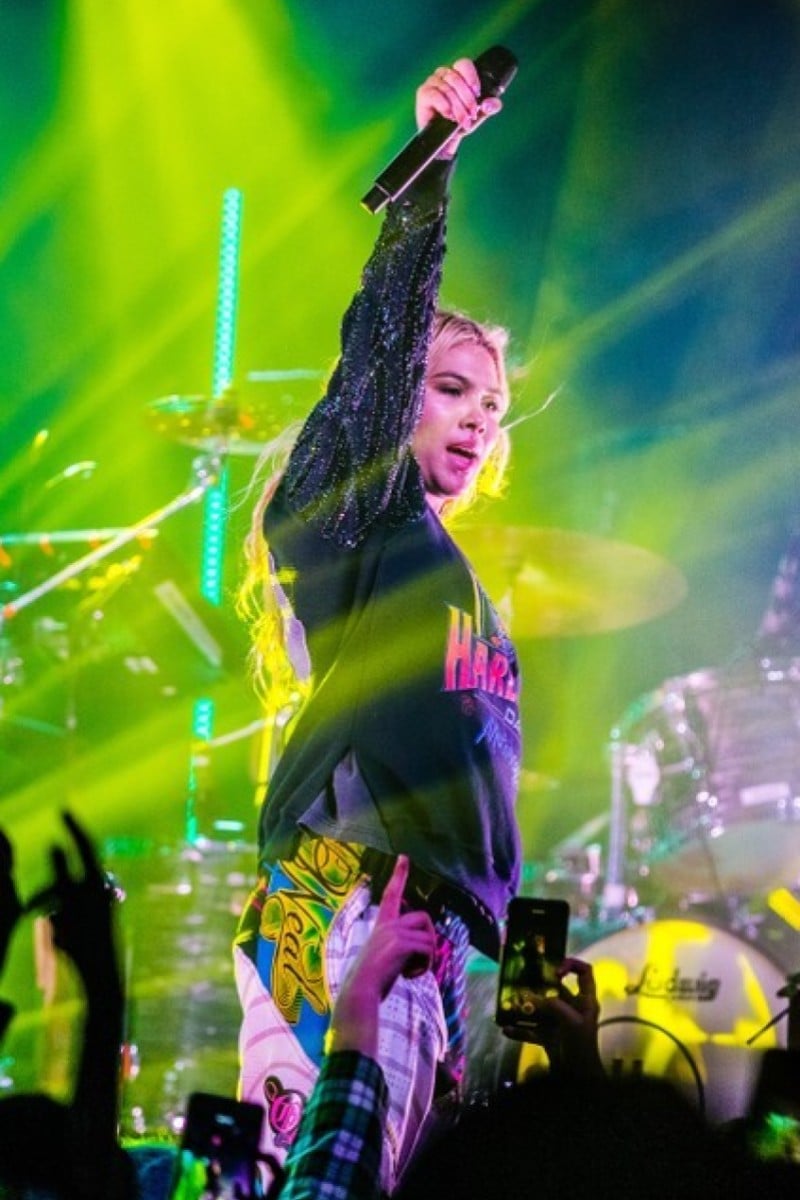 5 queer musicians you should check out, from Hayley Kiyoko to Shea Diamond 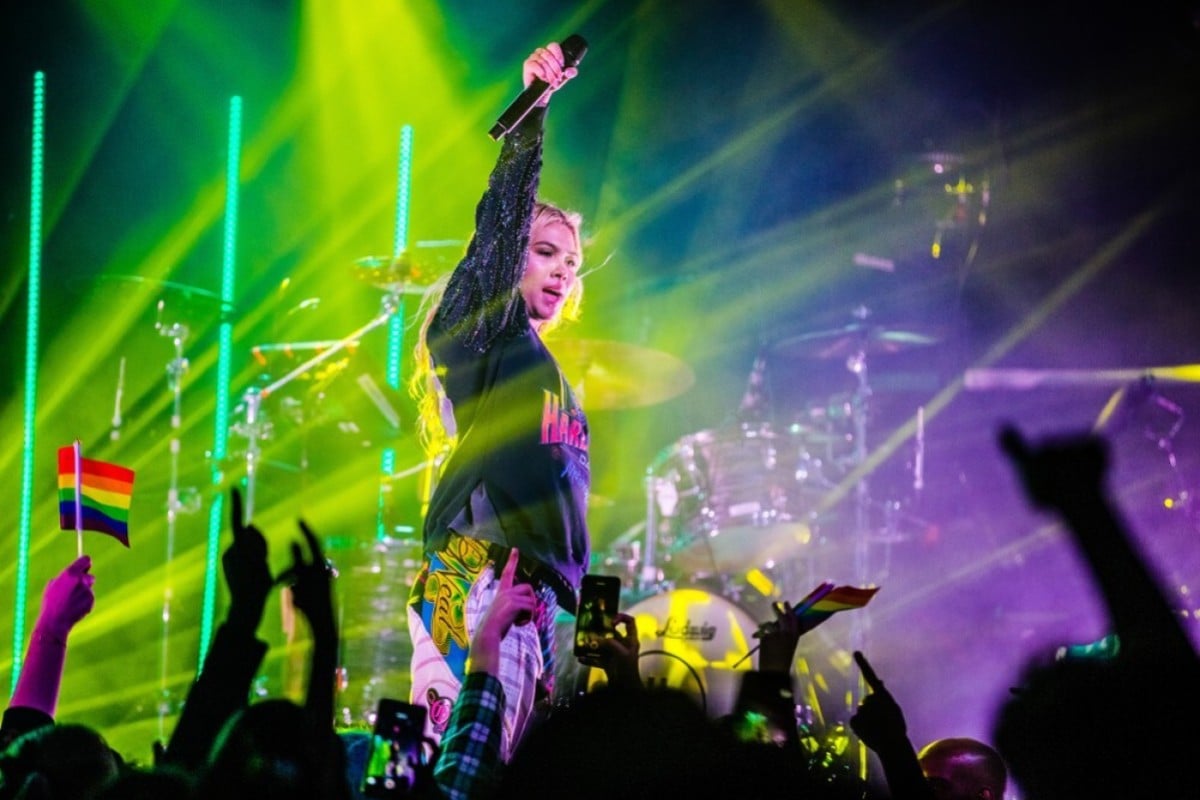 Personally, we can't get enough of Hayley Kiyoko.

Pride month is almost over, but you can keep the celebration going all year long with these talented and groundbreaking LGBTQ+ musicians. We’ve rounded up some awesome queer artists you’re sure to love, whether you’re into R&B, pop music, or synth pop.

What will be the song of the summer?

American singer-songwriter Hayley Kiyoko is often called “Lesbian Jesus” and for good reason: she has a heavenly voice. She acted in a few films and TV shows before she launched her music career, including the Disney Channel movie Lemonade Mouth and a live-action version of the 80s cartoon Jem and the Holograms, but for the past few years she has primarily concentrated on music.

Kiyoko said she’s known she was a lesbian since age six, and she came out to her parents in Primary Six. Her music focuses on the emotions she had coming to terms with her identity and she aims to inspire confidence among other people who are dealing with the same struggles.

She also normalises same-sex relationships through her songs and music videos, saying in 2018, “If you see two girls falling in love and normalising that, then [people] can go, ‘I can fall in love, too. I can be that person. I can look like that. I can get a girl that looks like that.’ If they see that, then they can believe it. It’s just how we are”.

Songs you should check out: Girls like Girls, What I Need, Feelings

We stan every song on Olivia Rodrigo’s debut album

Real name Marie Ulven Ringheim, this singer-songwriter from Norway has been called a “queer icon”. She started releasing music in Norwegian under the name Lydia X in 2015, then coined the stage name “girl in red” after trying to identify herself in a crowd in a text message to a friend. She debuted her single I Wanna Be Your Girlfriend on music-sharing site SoundCloud in 2016, which gained her a massive online following.

In 2020, she became a symbol of queer identification on TikTok, and the phrase “Do you listen to girl in red?” became a way of asking someone if they were gay.

Songs you should check out: I Wanna Be Your Girlfriend, girls, Serotonin

Twenty One Pilots drops their new album ‘Scaled and Icy’

India-born Vardaan Arora broke out onto the pop music scene when he landed on Spotify’s Viral 50 with his 2016 single, Feel Good Song, which was all about working through inner anxiety. He’s an outspoken advocate for the LBGTQ+ community and is vocal about his struggles with obsessive-compulsive disorder in order to encourage more acceptance for mental health issues.

He released his debut EP Heartbreak on the Dance Floor in August 2020, which was well-received by music magazines such as Rolling Stone. Billboard wrote: “It’s clear that Arora succeeded: the pure synth-pop he delivers on Heartbreak is some of his best yet, all packaged within the cohesive confines of a well-defined ’80s aesthetic.”

Songs you should check out: Feel Good Song, Heartbreak on the Dance Floor, What If

Could this K-pop group be the new BTS?

You might not know the names Mitchi Grassi and Scott Hoying or their double act Superfruit, but you probably know about the other band they’re part of, a cappella group Pentatonix. Superfruit is also the name of their comedy show, which you can catch on their YouTube channel. The two are lifelong friends, both are openly gay, and they started Superfruit for fun, agreeing that their commitments with Pentatonix would come first.

“Growing up in the South, being gay was not completely accepted,” Hoying told online publication Qnotes in 2018, before playing a Pride event in the US state of North Carolina. North Carolina is in the southern part of the country, which tends to be more religious and less open to homosexuality.

“I had never in my entire life seen two boys or two girls holding hands romantically growing up, ” Hoying said. “But going back to the South, I’m excited to perform being openly gay and being completely myself, something that a younger Scott certainly wouldn’t have ever dreamed could be possible.”

Songs you should check out: Guy.EXE, The Promise, Imaginary Parties

Brave Girls find success on YouTube after years of struggle

R&B singer Shea Diamond was inspired to get into music because of superstar Tina Turner and perfected her skills in the church choir, where she was told off for singing too high. A transgender woman, she said she knew she was a girl from a young age, but felt pressured to act masculine.

At age 20, she robbed a convenience store to pay for gender affirmation surgery and was sent to a men’s prison, where she was constantly discriminated against because of her identity. It was there she wrote the song, I Am Her.

After seeing a video of her performing the song at a Trans Lives Matter rally, songwriter Justin Tranter was so impressed with her voice that he immediately got in touch, and they started making music together. Her song I Am America is the theme for the HBO series We’re Here, and she contributed two songs to the soundtrack for queer Christmas romcom, Happiest Season.

Songs you should check out: I Am Her, American Pie, Don’t Shoot