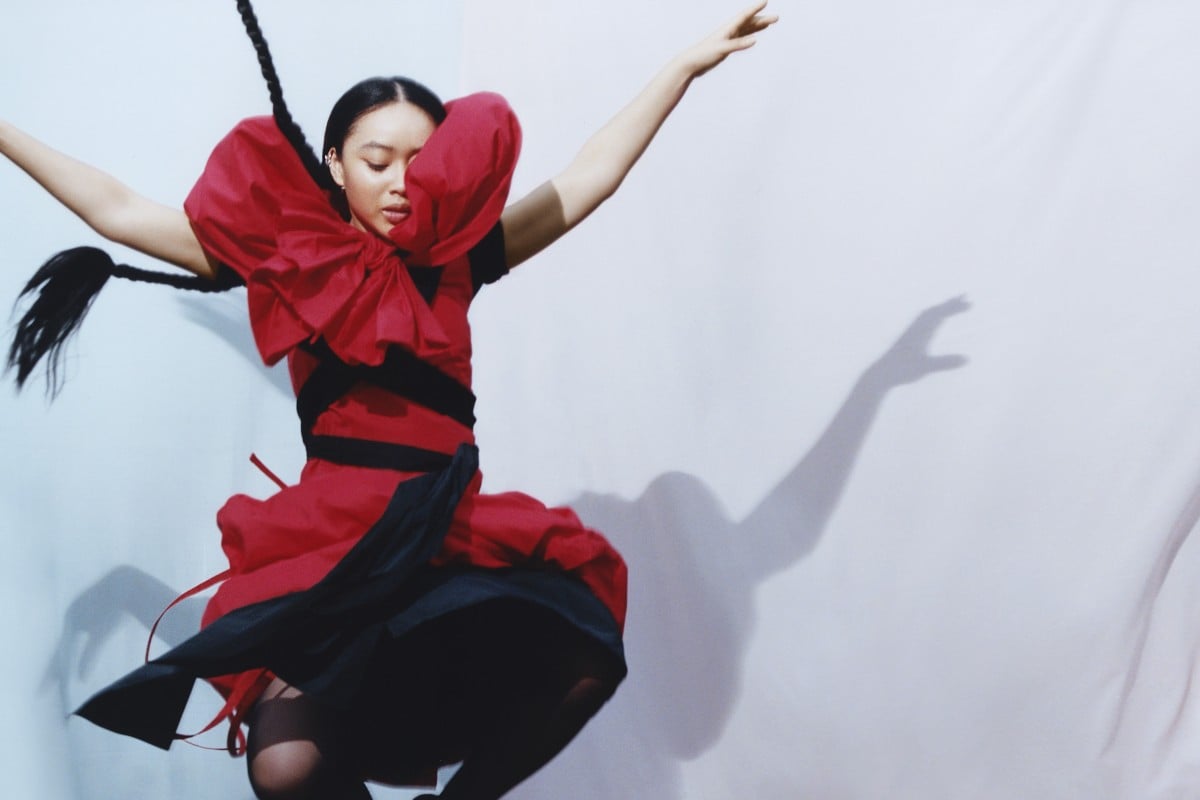 Making it in the music world is all about putting one foot in front of the other for 20-year-old British singer-songwriter Griff.

Her highly-anticipated mixtape was released on June 17, and her first single from the project, Black Hole, has already racked up 39 million streams worldwide. She’s also set to tour Britain and Ireland later this year.

Griff spoke to Young Post over Zoom about the themes in her music, the process of signing a record deal, and her advice for teens struggling with heartbreak and pursuing their dreams.

Like many other new releases this year, One Foot in Front of the Other was written and recorded during lockdown.

“Being in isolation has forced me to be with my own thoughts a little more, and maybe that’s a good thing,” she said. “It’s meant that I’ve written from a more personal and honest place.”

“I didn’t write any of these songs knowing I was going to put together a mixtape,” she added. “All of the songs came at different points in the year. It was just me in my music room. Eventually my team said we had to put out a body of work, and we picked the songs we felt were the strongest.”

Much of Griff’s (real name Sarah Faith Griffiths) music centres around heartbreak, but she expands on its definition to go beyond just romantic heartbreak.

She explained, “Friendship heartbreak is a big one as well. When you’re a teen, you’re figuring out who to trust. When those things break apart and change, it can be very heartbreaking.”

Griff adopted her stage name because she thinks her full name, Sarah Faith Griffiths, “sounds like I have a mortgage and kids.” Photo: Warner Music

Family can also cause a lot of pain. “Every family has skeletons in their closet,” she added.

When it comes to facing these struggles, her advice is just to keep on going.

She said, “Whatever feelings of sadness you have now are normal and human. It’s not permanent.”

Ali Gatie on love, loss and connecting with fans

While her music now has its own distinctive message and tune, she’s been fascinated by music ever since she was five years old. But it wasn’t just Taylor Swift’s songs or Stevie Wonder’s soul music that has made her who she is today – it’s also her family.

Griff is half-Chinese and half-Jamaican; her father’s side of the family came to Britain as part of the Windrush generation, people who arrived from Caribbean countries following the second world war.

Her mother is a first-generation immigrant who moved to Britain during the Vietnam war. Each part of her heritage has influenced her in different ways.

“My Jamaican side is very laid back, while my Chinese side is more practical and all about getting things done,” she said.

She also turns to Chinese dishes on a bad day.

“Congee is a comfort food,” she said. “It’s not glamorous, but it’s always on the stove at home.”

As she sees her Chinese extended family more often than her Jamaican family, she feels more in touch with her Chinese heritage.

And while Griff was still in secondary school completing her A-level exams, she signed with a music label, but kept it a secret from everyone at school. She even told her teachers she was taking a gap year to avoid answering questions about her music career.

“I’m a very private person.School was school. I was determined to finish and get good grades,” she said.

“I thought it was cooler if everyone found out about my music because it was doing well and it was on the radio, not because I was talking about it.”

She also wanted to wait and see what would come out of the deal she had signed.

“Just because you signed a deal, it doesn’t mean anything, or that you’ll be on the radio tomorrow,” she said. “Now things are moving, but it’s taken years. It’s a slow and patient process.”

When she was still in secondary school, it was tough to pursue two things at once – good grades and a music career – but Griff advises other teenage aspiring artists to take the same path.

“Work hard at two things at once,” she said. “Work really hard on one thing and on music on the side.”

Though she’s still a private person, she says it’s also important to reach out to other people, too.

“Collaborate as much as possible – it helps you meet people who can help make your dreams come true.”