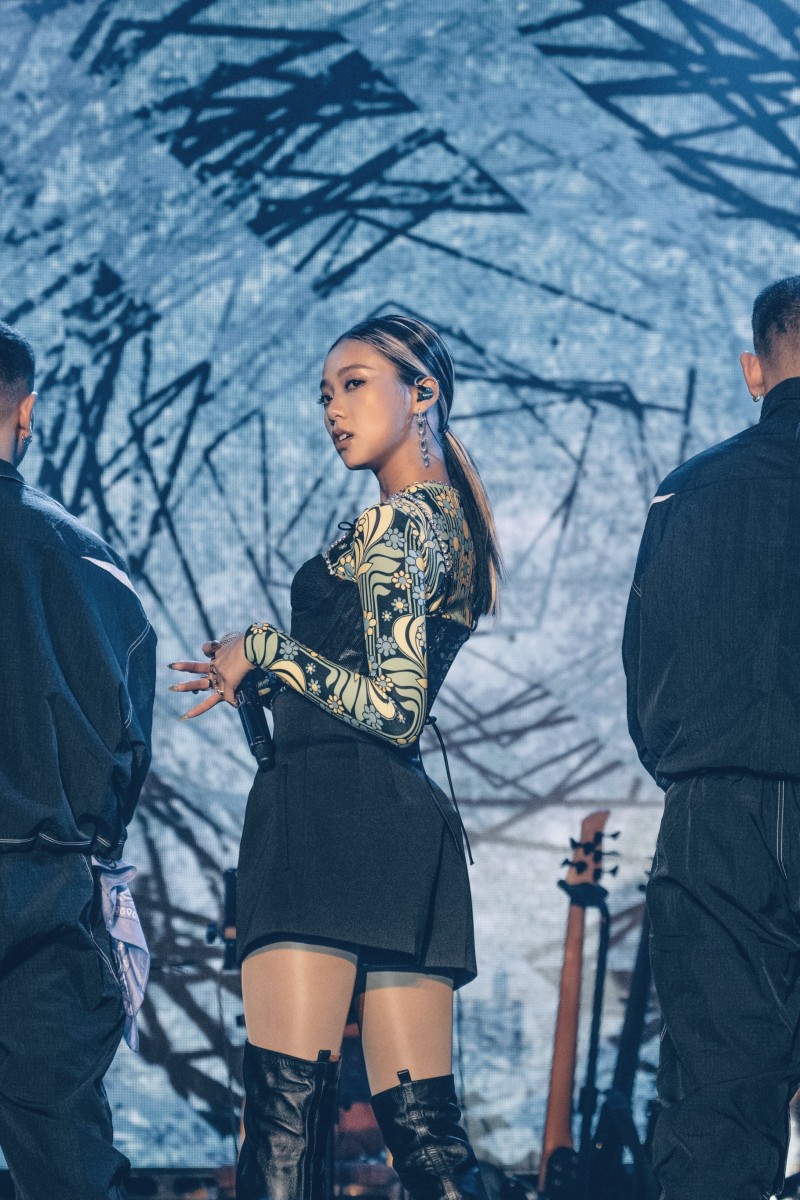 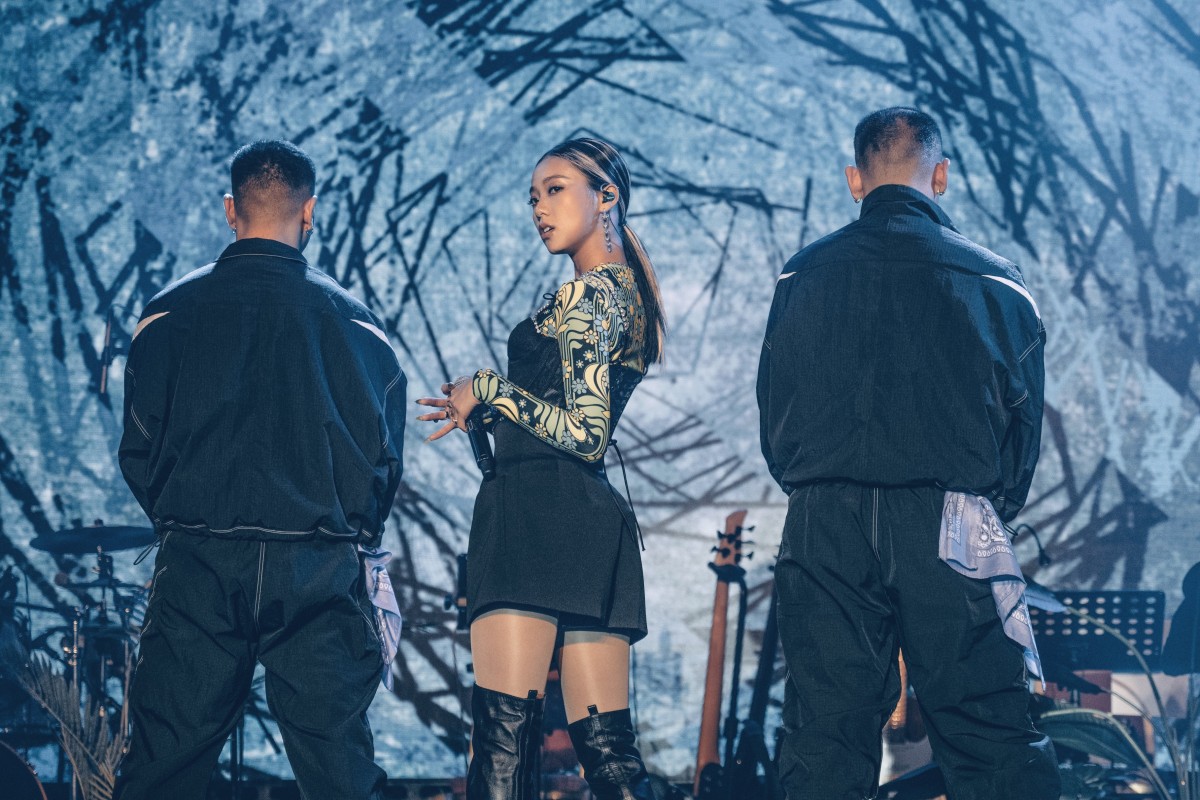 Before the bright lights found Jace Chan Hoi-wing, a rising star in Hong Kong’s music scene, she had been shackled by self-doubt, suppressing her dream to become a singer and dancer.

Back then, Chan, now 27, used to spend much of her free time teaching dance part-time and busking on the streets for fun to bossa nova tunes. She knew at the back of her mind that her dream was to be a professional performer, but for years, she was not ready to face her ambition.

“I did not have much faith in myself,” she told Young Post. “I wasn’t willing to admit that I wanted to pursue this dream.”

Born and raised in Hong Kong, Chan is widely considered one of the city’s most promising singers. She released her first single in 2019, and bagged the “New Artist Award” at the prestigious Metro Radio Hit Awards in the same year.

Chan described her present self as a daring spirit – an audacious, assertive artist with a grasp on how to express emotions through music. But before her debut in 2019, her hopes of going pro were but a distant dream.

She recalled telling herself at the time, “It’s impossible. It’s not going to happen ... [being a singer] is not something I’ll ever be associated with.”

The now outspoken singer had been enthusiastic about dancing ever since she signed up for her first class at the age of 15. About two years later, she joined two amateur dance contests, winning one, and placing third in another.

When she started studying public relations and advertising at Baptist University, dancing was easily forgotten amid her other activities. But when she went on an exchange programme in the United States in 2015, this became a major turning point in the artist’s life.

In Ohio, she was chatting with another international student who asked if she was a dancer. Chan replied no, even though by then she had been one for many years.

It was not because she was trying to be modest, she said.

How far would you go to see Hong Kong boy bands Mirror and Error?

“The student made me realise how hesitant I was,” she recalled.

As she continued the programme, she noticed how students there were so ambitious and confident – they were not just waiting around for opportunities to come to them.

After half a year, she returned to Hong Kong, determined to make her dreams a reality.

When she graduated in 2016, Universal Music Hong Kong was searching for a show host for its online entertainment channel, UM Webzine.

“My friends saw the job listing and told me, ‘This is your thing’,” she said with a laugh.

She figured the job would be an opportunity to get her foot in the entertainment industry, so she gave it a go.

During her two years on the job, she interviewed countless international artists. The gig pushed her to step out of her comfort zone, filming and editing interviews, and writing feature stories on women in Hong Kong’s art scene, from tattoo artists to skateboarders and designers.

“My jobs set the foundation for my journey in music,” she said.

In 2018, she was behind the scenes of Viu TV’s talent competition series, King Maker, styling artists such as Edan Lui and Stanley Yau, who would go on to become members of the massively popular boy band Mirror.

Chan inched one step closer to her dream when local band Dusty Bottle invited her to be one of its vocalists. As she began performing live with the band, she gained more confidence in her singing.

However, it was a small outdoor concert at the West Kowloon Cultural District that sealed her determination to become a singer.

“There weren’t many people in the audience because it was in the morning,” she said. “Still, I felt very happy to be performing on the outdoor stage, feeling the breeze, and seeing everyone’s faces ... There wasn’t a spotlight – it was so authentic and genuine.”

In 2018, Chan’s talent caught the attention of her own company, and after recording and sending her demos, she switched from being a show host to being a singer.

Last month, Chan held her first solo mini concert at the Kowloon Bay International Trade and Exhibition Centre. She will hold another concert in December at Star Hall.

Despite her success, Chan lamented that the public sometimes did not pay too much attention to how well female performers could sing.

“Many people care more about whether you gain weight, the shade of your skin, or how your nails and hair look,” she said. “If you don’t stand firm and know what you want to express, you will be reduced to a tool for others to discuss.”

This year, her debut album, “Processing”, went platinum. Chan has recently dropped another single, Yours Hatefully, exploring the darker emotions of anger and hatred in relationships.

“I don’t limit myself to singing specific genres only. To me, each genre offers a possibility to show the authentic side of myself. In everything I do, I want to challenge myself to express who Chan Hoi-wing is.”

Ambition 抱負 - A strong desire to do or achieve something

Authentic 真實的 - Of undisputed origin and not a copy; genuine

Assertive 堅定自信的 - Having or showing a confident and forceful personality

Lamented 對…表示失望 - Expressed regret or disappointment about something