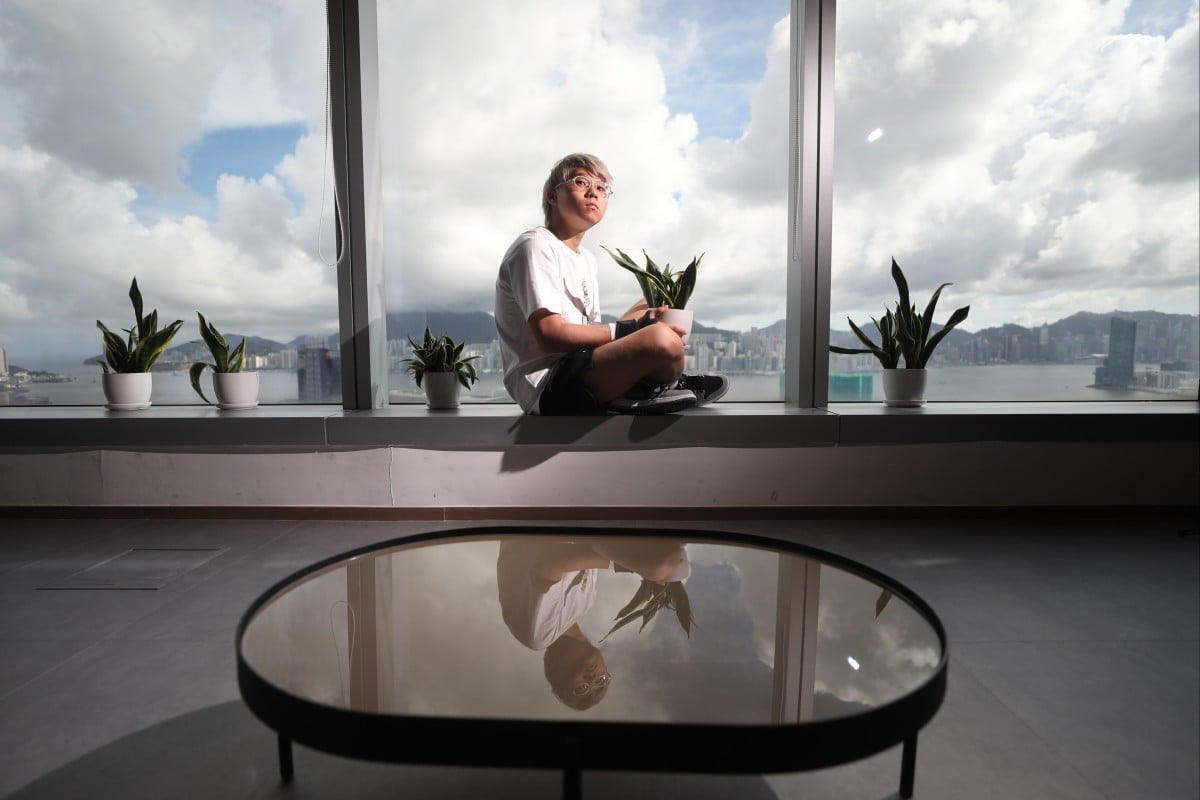 Gareth Tong has come a long way since his days winning violin contests in his secondary school. Photo: Xiaomei Chen

Rising R&B singer-songwriter and producer Gareth Tong Ling-shan has written more than 300 songs – mixing sounds and composing lyrics all by himself in his bedroom since he was in secondary school.

At the age of 21, Tong, a singer-songwriter known simply as Gareth.T, has already written hits for well-known Canto-pop singers Keung To and Tyson Yoshi.

Having debuted early this year, Tong’s breakout singles, boyfriend material and honest (feat. moon tang), have already racked up about 3 million streams on Spotify. The artist is known for his soulful vocals and for his honesty in both his work and personality.

“I don’t think I’m the nearest thing to an idol,” the up-and-coming singer told Young Post.

Born and raised in Hong Kong, Tong studied at the Po Leung Kuk Choi Kai Yau School in Kowloon, before later going to the Berklee College of Music in the US city of Boston.

Tong’s primary school required students to pick up at least one music instrument, and he chose violin and piano. His mother liked music and had him take extra music classes outside school.

During his secondary school years, he won a school violin contest three years in a row, beating out 40 other student competitors each time. His winning streak helped him realise his flair for music, but it initially made him a bit lazy.

“I thought it [would be] easy to win the fourth and the fifth time. I didn’t practise and thought I could wing it. But I failed big time on stage,” Tong recalled, though the experience proved to be an important lesson for him.

“Nothing is really given [easily]. You have to actually work for it. I shouldn’t be too complacent. Winning in the first three years doesn’t mean I will continue to win the next three years.”

Since then, Tong never stopped practising his music. When he was 15, he found his songwriting muse. His friends introduced him to Love The Way You Lie (ft. Rihanna) by US rapper Eminem, and Tong went down “the rabbit hole of pop music”. He went through Eminem’s discography, and listened to songs by anyone the rapper collaborated with, from 50 Cent to G-Unit and Michael Jackson.

Inspired, Tong started making his own beats using GarageBand, a music production software for Apple products. He seized every moment he could to make music: during recess, lunch time or when his friends were playing basketball.

“After school, I made music at home until 2am and continued the next day,” he said.

At home, the artist made beats, and on the go, he wrote his lyrics.

“Most of my lyrics were written when I was on the train or other transport,” he added.

When he finished secondary school, his International Baccalaureate exam results were “not bad at all”, he said. And he followed his heart to study music overseas.

In his first year at Berklee College of Music, he auditioned for and was accepted into a pop music songwriting class which had only 20 spots for the best musicians.

“It [was] like a writing camp. Every two weeks, we had to come up with one song. We made the whole song – the lyrics and mixing – and presented it in class for other students to give critiques,” he said.

The class not only introduced him to other aspiring musicians with whom he still makes music, but it also taught him the skills to be the all-round artist he is today.

As Tong continued his studies, he began uploading his music online. He and his girlfriend, Moon Tang, posted songs from a seven-week songwriting challenge they did together. One Instagram post has more than 11,000 views, but it was just the start of his songwriting journey.

During this time, Tong also worked as a freelance music producer and wrote the track Something for Tyson Yoshi. This caught the attention of Keung To, member of popular boy band Mirror. Keung’s producer asked Tong to write a song which eventually became the massive hit single Master Class. He finished the song before he had even graduated from music school in May this year.

Tong said he could relate to what the Mirror member was trying to convey in the song: the desire to carve his own path in Hong Kong’s music scene.

Now that Tong, who signed with a record label early this year, is gearing up to release his debut album, he said each track on the album will be “increasingly honest”.

A month ago, he released speed limit, which will be the first track on his coming album. The lyrics manifest the time he thought about quitting music school to focus on making music full-time.

“I called my mum and told her ... I could make it without finishing school. I’m good enough already,” he recalled.

His mother told him: “If you want to be famous, you’ve got to be patient.”

This reminder to go slow became the inspiration for the song’s lyrics.

After Tong graduated, he had no freelance work lined up, and no one was hiring part-time piano teachers. But he did not want a full-time position because he needed the time to work on his own music.

Even to this day, he is still making songs in his bedroom.

He said: “I only have my laptop, a mic and a small keyboard. Sometimes I have a guitar. They’re everything I need to make my songs.”

Luckily, Tong has a whole team of people supporting him. He is especially thankful to East Wind Good Fortune, the production house which made his first music video.

“They rolled their dice on me – a nobody ... who couldn’t promise his place in the music scene,” he said.

“No matter how good you are, how many streams you get, or how famous you are, you might never find those few people who share the same vision.”

While some artists measure success by how well-known they are, Tong said fame was never his motivation.

“Real happiness is when I finish writing the song, and I know it’s good,” he said.

Racked up: 累積 - Accumulated or achieved something

Winning streak: 連勝 - A continuous period of success or luck in a game or competition

Flair: 天賦 - A special or instinctive aptitude or ability for doing something well

Down the rabbit hole: 深陷 - To be transported into something that captures your attention

Catch someone’s attention: 引起某人的注意 - To get someone interested in something

Carve one’s path: 開闢自己的路 - Establish a career, role or reputation for oneself through hard work

Manifest: 反映 - To be evidence of; to prove