57 mins ago
Your VoiceFace Off 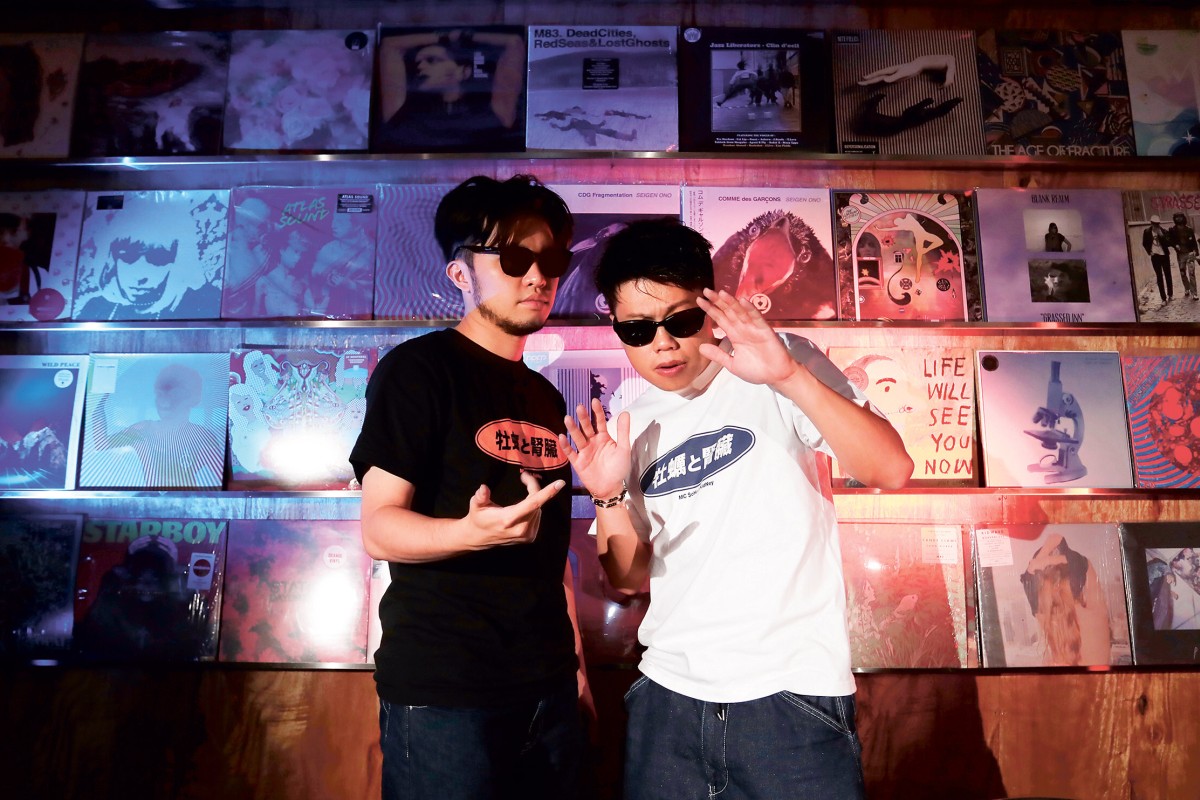 Hui Yin (left) and So Chi-ho, known as MC Soho and Kidney, are famous for writing witty lyrics that play on Cantonese slang. Photo: Jonathan Wong

When So Chi-ho’s friend told him a few months ago that he was leaving Hong Kong for good, So did not understand why his friend was feeling guilty.

“Why would he think he is a bad person for leaving? It’s just a choice,” the 28-year-old YouTuber recalled.

Some days later, he went to a gathering with friends. It was already getting late, so he wanted to catch the last bus home. But his friends just would not let him leave.

He said he felt “emotionally blackmailed” to stay at the party, fearing that his departure would kill the mood.

That was when he had an epiphany for a song with a veiled message about the scores of Hongkongers – including his own friend – leaving the city in hopes of a better future elsewhere. The song, titled Hai Gum Sin La in Cantonese, can be roughly translated as “see you later”.

He produced it with his YouTube partner, Hui Yin, whom he has known since secondary school. Since the song’s release four months ago, it has already racked up millions of views on YouTube. It was also the most-streamed Cantonese song on Spotify for four weeks.

Now, the duo, who call themselves MC Soho and Kidney, has taken the city’s internet world by storm and is considered the top contender in categories for best new artists for local music awards.

Always cool in their signature black sunglasses, the two first debuted in 2015 as entertainers on the hit YouTube channel, CapTV. They even went on to write screenplays for local broadcaster ViuTV.

The pair are also founding members of a successful YouTube channel called Trial and Error. This channel was launched about a year ago by So, Hui and well-known local actor Neo Yau Hawk-sau.

Hui Yin (from left), Neo Yau Hawk-sau and So Chi-ho have shot to fame ever since they created their YouTube channel, Trial and Error. Photo: Jonathan Wong

The three have become so successful that they were invited to be ambassadors for this year’s Hong Kong Asian Film Festival, as the festival organisers recognised the creativity of their YouTube videos.

In an interview with Young Post, So and Hui got so into their personalities as MC Soho and Kidney that they would not even talk about their other identities on Trial and Error.

“People often mistake us for the guys from Trial and Error ... But we are not them,” So joked.

When asked about the song, Hai Gum Sin La, So said he only understood his friend’s guilt about leaving Hong Kong after he chose to stay behind at his friends’ party.

The song and its video tell the struggle of someone who wants to leave a party but cannot. It says nothing explicitly about emigration, but viewers still got the message.

“I originally thought very few people would get the message behind [the song] because I did not mention [emigration] in any of the lyrics,” said So.

The entertainer said he had not considered leaving the city. He loves his hometown and the pleasant sounds of the Cantonese language – so much so that his work often contains clever wordplay using local slang.

“Some colloquial Cantonese phrases already have their own melody,” So explained, citing Hai Gum Sin La.

The song’s catchy tunes and emotional connection resonated with many Hongkongers. It was such a knockout that popular Canto-pop band Dear Jane invited the duo to sing this song at their concert in September at the Hong Kong Coliseum. With more than 10,000 seats, it is the dream venue for every singer in the city.

For Hui, this short appearance at the concert meant a lot, given that the pair only debuted as MC Soho and Kidney four months ago.

“It means that from now on, more people with different styles will be able to step on this stage [at the Hong Kong Coliseum],” said Hui, expressing hope for a more diverse music scene.

The song talks about how the 12-member band has pervaded Hongkongers’ everyday lives.

About this song, So said with his usual deadpan humour: “Right now, there are 12 handsome boys dominating the music industry. We want to shake things up.”

Given Mirror’s popularity, So and Hui said they expected that some of the boy band’s fans might not be able to stomach their jokes.

“Of course, there are Mirror fans scolding us about producing this song. But ‘if it’s noisier, the music scene will be more vibrant’,” So said, quoting lyrics from Mirror’s song, Warrior, to express that the duo did not mind the criticism as long as it helped the local music scene grow.

Using another line from the same song, Hui added: “When the industry is quiet, it’s hard to create surprises.”

The music video for Black Mirror depicts So and Hui fighting 12 actors meant to represent members of Mirror.

The song’s last line goes: “There shouldn’t only be 12 handsome men in the world. There should be at least 14.”

In the video’s comments, some commended the song for being a celebration of the city’s diversifying entertainment industry. After all, witty lyrics and a bit of mockery were what made MC Soho and Kidney go viral.

For teens who also want to take a shot at the music industry, Hui advised, “The important thing to remember while making music is to play with it.”