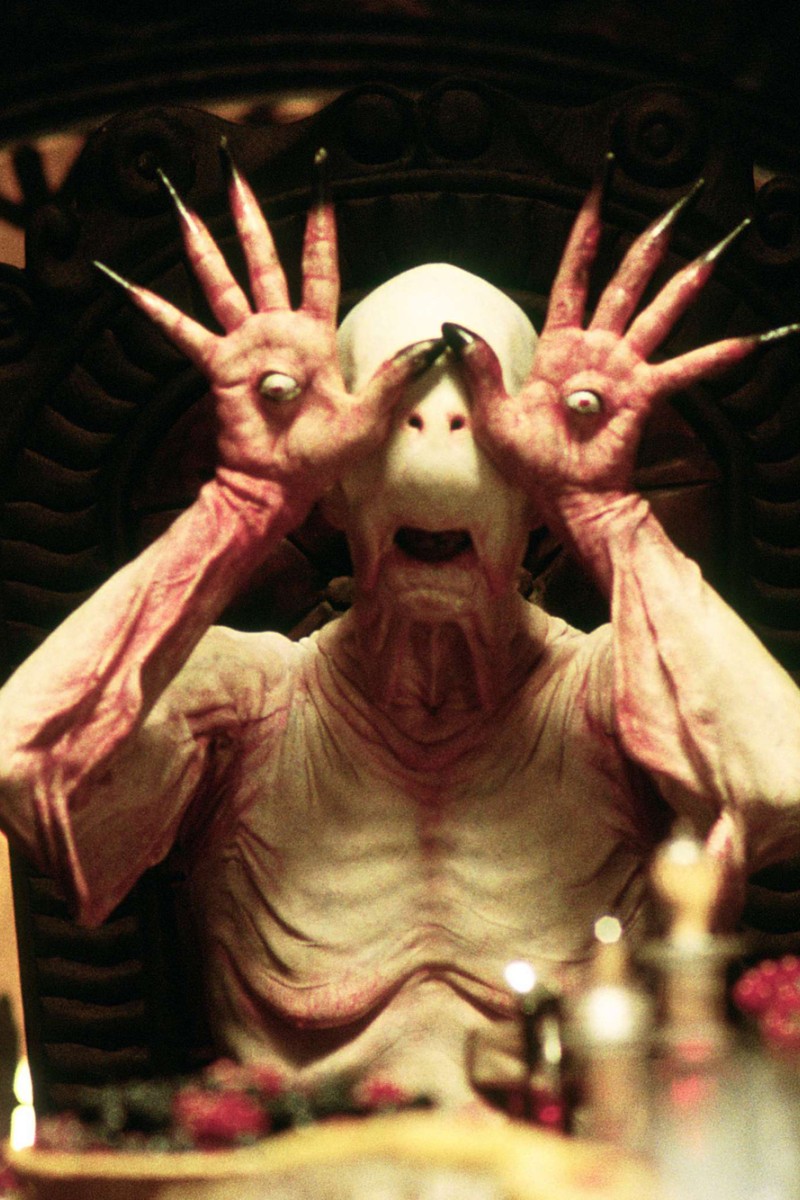 Lights, camera ... too much action: how special effects are ruining movies

The biggest Hollywood blockbusters are jam packed with explosions and CG characters, but a trio of the industry's top VFX specialists say all those effects are ruining movies 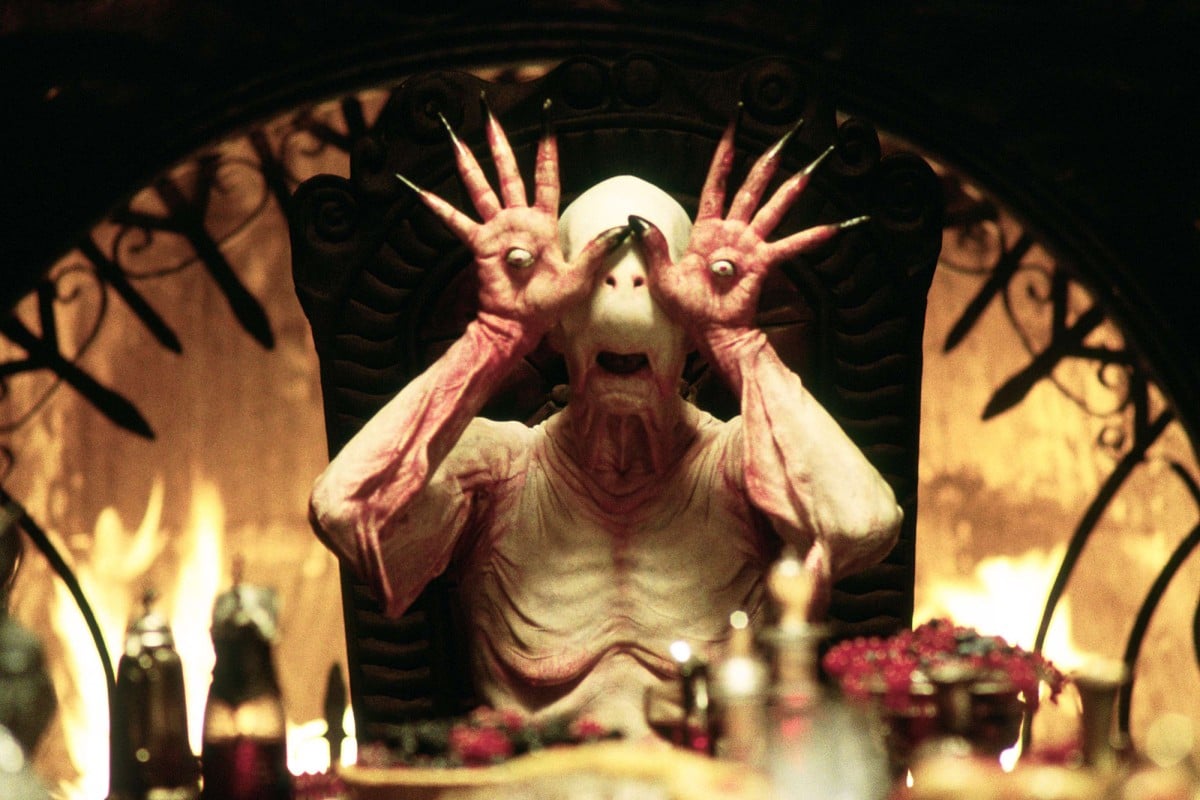 Pan's Labyrinth's 'Pale Man' is a mix of costumed actor and CG.

Tired of movies where there’s more explosions and special effects than story? Canadian special effects artist, animator, and director Steven Williams can sympathise. Even though he and his colleagues Scott Ross and Mark Dippe are pioneers in computer-generated imagery (CG), Williams believes that the overuse of visual effects, or VFX, has taken the imagination out of filmmaking. And he wasn’t afraid to share his views with the crowd at Siggraph Asia, an annual computer graphics conference, where the three were speaking last month.

Williams, Dippe and Ross became legends in the VFX industry after inventing techniques to create shape-shifting “liquid metal” characters for the 1991 movie Terminator 2. This spring, the classic action film will be officially released for the first time on the mainland, 26 years after the film came out. When Young Post met the three at Siggraph, they were excited that a new generation would get to see their film for the first time.

“When T2 came out, the Chinese film market wasn’t open to American movies,” says Dippe. “It’s a film that affected a generation [back home], but here it’s quite underground. I’m really curious to see what the impact is.”

“It represents a time that was very creative, and we were having a lot of fun,” adds Williams. “We were inventing stuff that no one else in the world was doing.”

Tim Burton on movies, quirky characters, and why he always uses Johnny Depp

But liquid metal is so ’90s. The next big breakthrough could be bringing dead actors back to life, or actually creating new actors out of nothing but software.

“What we’ve been talking about for years is creating absolutely photorealistic humanoid computer-generated characters,” says Ross. “People often point to films like The Curious Case of Benjamin Button, but I look at that and it looks like CG to me. It doesn’t look like Brad Pitt – it doesn’t look real.”

One of the main things that holds animators back from creating lifelike beings is the computer power that is needed to store the information for every moving part. It is very data intensive to create hair, eyes or skin – and these features are the main giveaway that a CG character isn’t real.

“It’s down to the reflection and refraction of skin,” explains Ross. “When you see an image of a face that looks very real, the data they’ve used to create that single frame is massive. Then times that by 30 frames a second, times however many seconds, and the computational power is extraordinarily expensive.”

That’s why it’s often easier for filmmakers to let their animators run wild on fantastical alien creatures or robots, which we’ve become used to seeing thanks to films like Avatar and Transformers. Does this mean audiences have become immune to the wonder once sparked by groundbreaking effects? Probably, says Dippe: “I think people just expect VFX in films now. Especially younger audiences. They just think: ‘Of course, there’s Optimus Prime fighting other robots’.”

But some of the greatest cinematic effects use less visuals, not more. Dippe, who has worked on a tonne of horror films, says the secret to a truly scary monster is showing as little as possible.

“You have to build that anticipation,” he says. “The build-up to the face-hugger scene in Alien is tremendous, even thought you don’t know what’s going on.”

Meanwhile, Williams is a fan of the haunting “Pale Man” from Pan’s Labyrinth, which added CG to a man wearing a costume. “Just because something is all CG doesn’t make it better or scarier – it’s all about context. That monster is the scariest creature I’ve ever seen, bar none. When it put it’s eyeballs into its hands to look ... that’s what nightmares are made of,” he shudders.

But after years of bringing movies to life, the three have lost patience with the film industry and how Hollywood tends to put profit ahead of quality storytelling. “The agents and lawyers who approve films have no clue how to make a good film, and often don’t read scripts,” says Ross. “They look at the top 20 films, which are all either CG or big visual effect extravaganzas, so they think a hit film needs a lot of VFX.”

Plus, he adds, actions speak louder than words. Movies these days get released in lots of different countries, and the international box office makes up about 70 per cent of the total. And when the lion’s share of your box office doesn’t speak your language, it’s visuals that will bring them into cinemas.

But Ross, Williams and Dippe long for the days of simple, story-led filmmaking. “I’d love to see the return to story and good characters. Give me a good cinematic visual, like Wong Kar-wai,” ponders Ross, who wants to make a film about Zhuang Zedong, the star player who led China’s “ping-pong diplomacy” movement.

Dippe feels VFX is simply too much of a good thing. “It’s like chocolate,” he says. “Everybody loves it, so they just keep pouring it on. But now the whole thing is covered in chocolate.”

Williams sums up the group’s views, saying: “Unfortunately, we’re just not fans of special effects anymore – it has destroyed movie making. The viewer’s imagination isn’t given a job anymore, it’s all shovelled on them.”

But in the midst of his pessimism he adds: “But if James Cameron wants to film on Mars? Man, I am there in a second!”