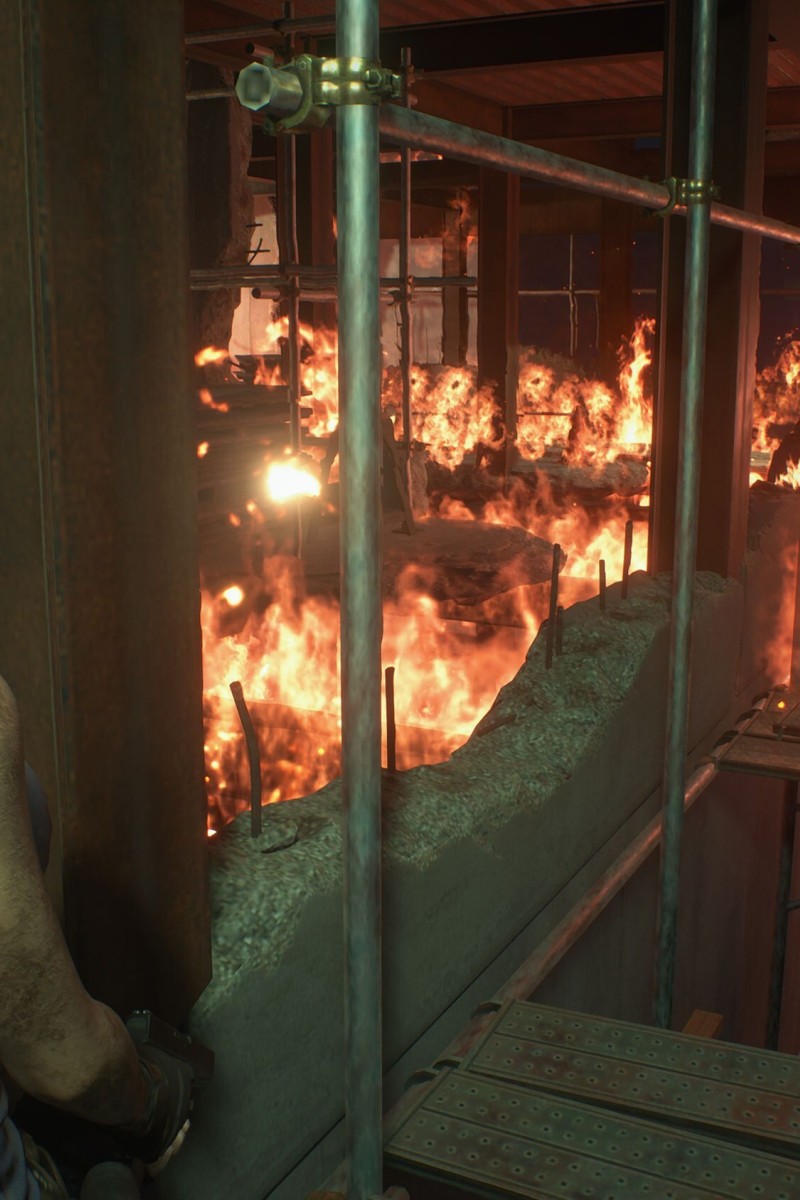 The action-packed reimagining of the 1999 PlayStation title is gorgeous to look at, but pacing problems persist.

It's a fun game for fans of survival-horror. 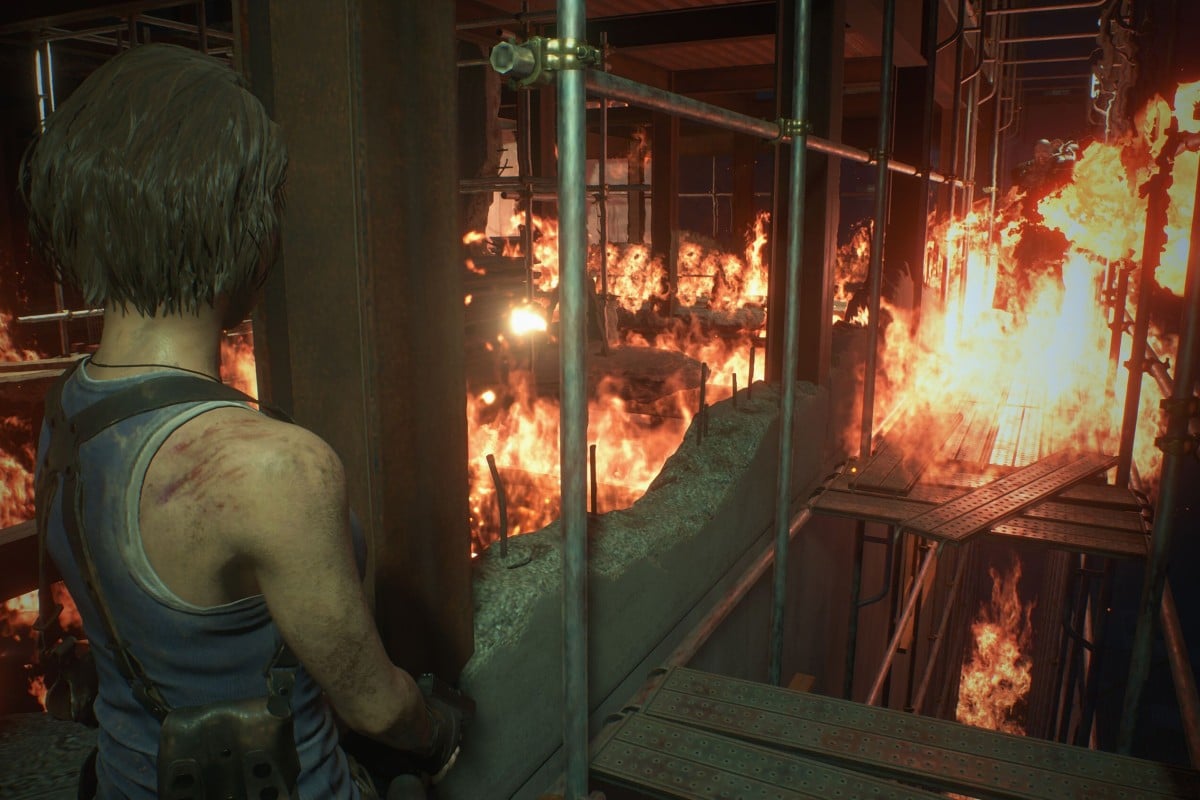 Jill Valentine runs through a burning building trying to escape Nemesis in the "Resident Evil 3" remake.

Resident Evil 3 Remake is a reimagining of the 1999 title that followed protagonist Jill Valentine on her escape from zombie-infested Raccoon City. It features ruined city streets and open areas instead of the claustrophobic confines of the previous two entries.

Zombie hordes shamble through scenes and players have to dodge them rather than fight head-on. An indestructible monster, aptly named Nemesis, stalks Jill throughout the campaign.

Initially, Resident Evil 3 appears to follow the same path of 2019’s highly successful Resident Evil 2 Remake. The campaign fleshes out Jill’s situation as the undead outbreak spreads in Raccoon City. While she’s answering a phone call from fellow Stars officer Brad Vickers, Nemesis attacks her and sets off a pursuit that lasts through the game’s short campaign.

Resident Evil 3 is more reliant on inventory management and the survival aspect of the survival-horror genre. Jill starts with a tiny space to hold guns, ammo and medicine, so players will be constantly going back and forth between safe rooms to fetch essential items. There are more chase scenes and action sequences than in the predecessor, and the panicked chaos when Nemesis runs after players is scary but fun.

While Jill’s journey is the main part of the narrative, her story is broken up with that of Carlos Oliveira, a Biohazard Countermeasure Service commando who helps the supercop. He acts as her ally in a relationship that players eventually control in two separate scenarios – one in Raccoon City Police Department, the other in a hospital.

All of this culminates in several confrontations with Nemesis, but the journey there isn’t always smooth. Players may encounter bugs or disappearing foes, and Carlos can’t leave items for Jill or vice versa. That’s a missed opportunity to add a Resident Evil 2-type system and make their two stories more interconnected.

As for the extras, Resident Evil 3 offers a notable addition with the introduction of Resident Evil: Resistance. It’s the four-versus-one multiplayer mode that’s noncanonical. It follows a team of four survivors who are kidnapped by Umbrella for an experiment. They have to survive three stages while a Mastermind tries to kill them with zombies, monsters and traps.

Resistance is reminiscent of Left 4 Dead but with more complications. Each survivor has distinct abilities help the group survive through maps with three phases. Valerie is a healer. January is a hacker that disables cameras, making it tougher for the Mastermind to spawn zombies. Martin disables traps and sets them up while Becca does major damage from afar. Samuel hits hard from up close while Tyrone absorbs damage and specialises in melee attacks. Each hero has a role and players can mix and match to form a solid crew.

On the opposite end, the Masterminds are the dungeon masters. They plants zombies and obstacles trying to prevent the squad from reaching the exit. Each has a different method of confrontation. Ozwell Spencer uses technology to block paths while Alex Wesker relies on traps. Annette Birkin and Daniel Fabron toss out monsters and power them up in different ways. The goal for the Mastermind is to delay the squad so that they don’t escape within the time limit.

In theory, it’s a compelling idea, but Capcom still needs to work out the balancing issues, and players need to understand the roles of each character. This is a multiplayer mode that has a high learning curve, but if players give it a chance and the developers fine tune the settings or the approach, Resistance could be something special.

Although Resident Evil 3 smooths over many of the original’s flaws, it doesn’t go far enough to fix the pacing or improve the underlying gameplay issues. That makes this remake fall a step short of the stellar one last year, but it’s still a worthy buy for survival-horror fans.