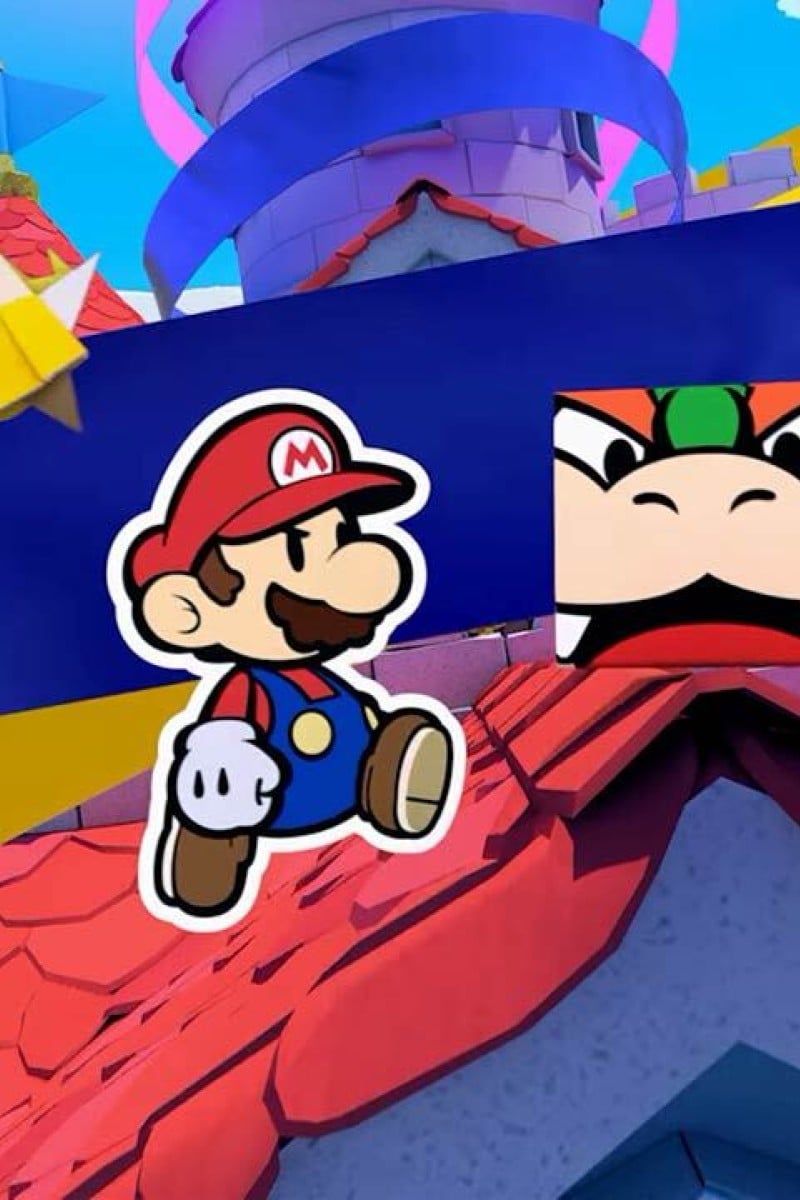 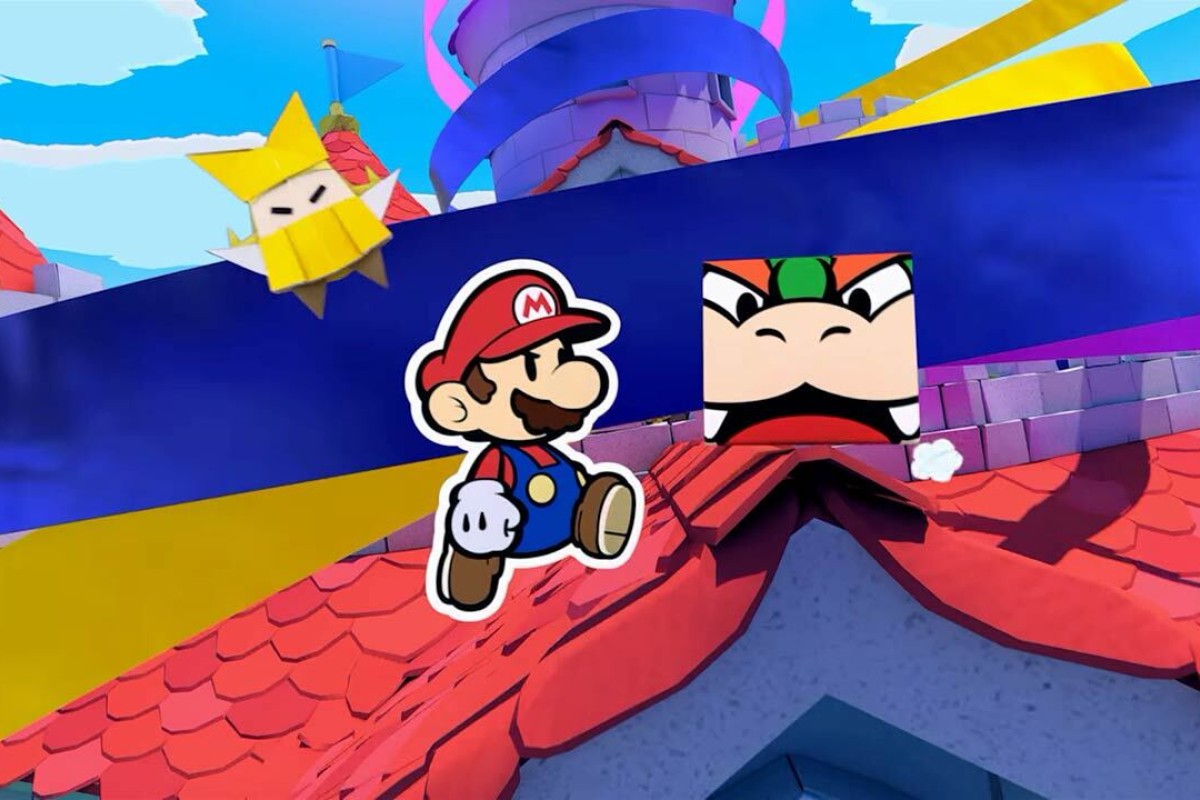 Bowser is only a mere shadow of his former self in 'Paper Mario: The Origami King'.

Who needs three dimensions when you can be just as heroic in two? Paper Mario and his pals are back for another funny and punny adventure in The Origami King which drops for the Nintendo Switch on July 17.

When Princess Peach is kidnapped and turned into origami by the evil (and super menacingly-named?) King Olly of the Origami Kingdom, it’s up to Paper Mario to save the day. Learn new abilities like the ‘1000-Fold Arms’ to stretch out your arms to grab things in the environment, and experiment with a brand new ring-based battle system that lets you do more damage if enemies are lined up the right way.

You’ll also team up with an old nemesis in Bowser, who’s been betrayed by his minions and now appears to be just a little square of scrap paper that hops around angrily. That’s not going to be very effective in battles, so Paper Mario will also meet new companions as he quests to save Peach and destroy five giant origami streamers that block the way into Peach’s Castle.