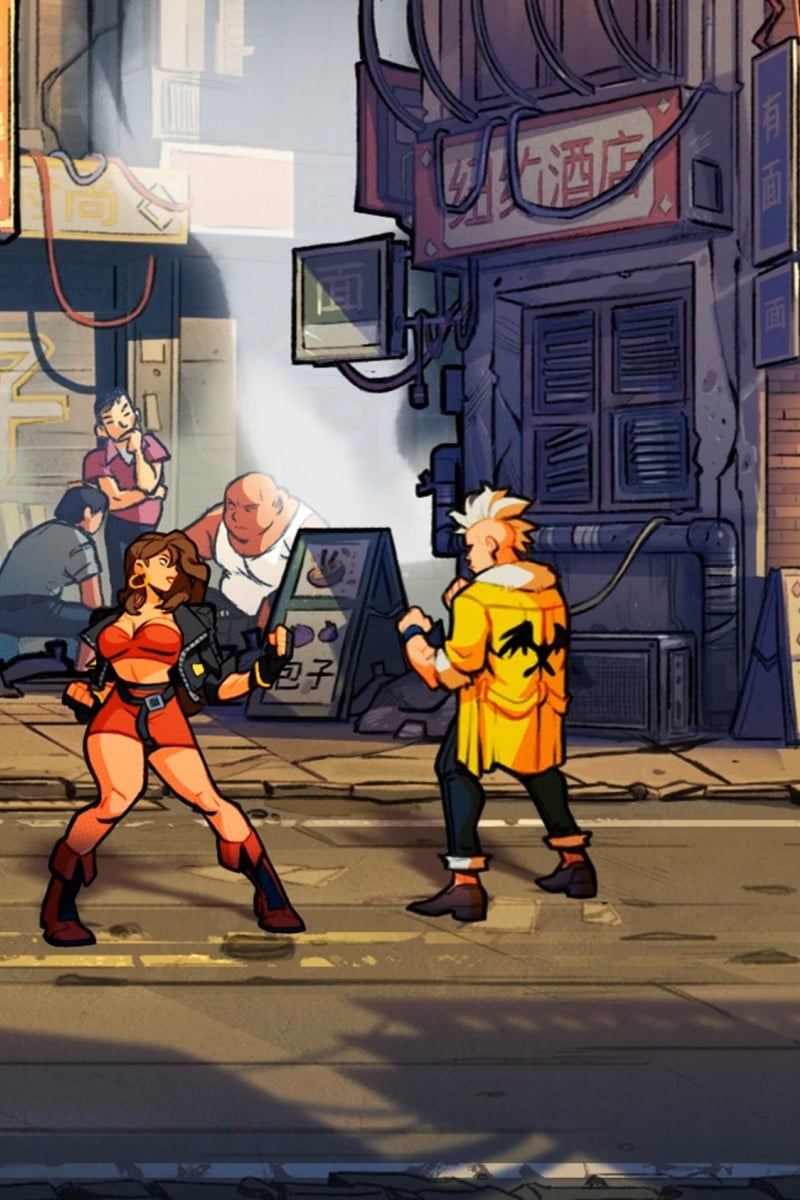 ‘Streets of Rage 4’ review: The perfect modern beat ‘em up for Switch, PS4 and Xbox 'Streets of Rage 4' is a triumphant revival of the classic Sega beat'em up series.

At its core, the classic SEGA Streets of Rage games are about great beat'em up mechanics. The stories were never any good. They usually dealt with the big bad Mr X trying to take over Wood Oak City through robots, ninjas or the brute force of his gangs. The narrative was always secondary to the journey, which took players through an army of adversaries along beaches, factories and underground bases.

That mentality carries over 26 years later in the latest chapter. Developers Dotemu, Lizardcube and Guard Crush Games gave Streets of Rage 4 a major makeover with hand-drawn visuals that look cartoonish but somehow work. The developers bring back the main heroes Axel Stone, Blaze Fielding and Adam Hunter and introduce new faces Cherry Hunter and Floyd Iraia. (Other fan favourites from the past are unlockable.)

They come together to battle the children of Mr X, the Y Twins. The kids have emerged as a new threat to Wood Oak City by coming up with a mind control process through music. The heroes band together to stop the twins through the campaign’s 12 stages.

Off the bat, Streets of Rage 4 feels way smoother and faster than the 1990s entries. The characters move effortlessly and the animation looks fluid. Enemies that hit the end of the screen also bounce back into play and become fodder for juggle combos instead of disappearing. It’s a smart move borrowed from versus games like Street Fighter II and rewards aggressive combat. It makes the flow of the brawls feel so much better.

Elsewhere, the developers refined the combat system. Players now have a standalone grab button and combos take into account long and short presses for a weak and strong attack, respectively. They added a back attack to guard from enemy sneak strikes while the player is pounding on a foe. The teams also kept the Blitz move, which lets characters close the distance between a baddie via an attack.

To add a visual flair and help with crowd control, the game lets players perform a star move that deals massive damage across big parts of the screen. Sadly, it can only be used with a star in a character’s possession and those opportunities are somewhat rare.

The best Capcom arcade games you can play for free

The other important improvement is how the developers handled the Special Attack. This is a powerful move that deals impressive damage, but in past entries, the move was tied to health: If players used it repeatedly it sapped away energy and led to a quick death.

In Streets of Rage 4, the special move still costs health but if players are aggressive enough, they can earn that energy back by beating up enemies. It creates a risk-reward scenario that encourages offensive play at moments when it’s needed.

The only issue with Streets of Rage 4 is its length. Like the previous chapters, it’s short but the developers did add several extras including secret stages and unlockable characters. That should keep fans busy, but let’s just hope, they don’t have to wait another two decades for another chapter in the series.