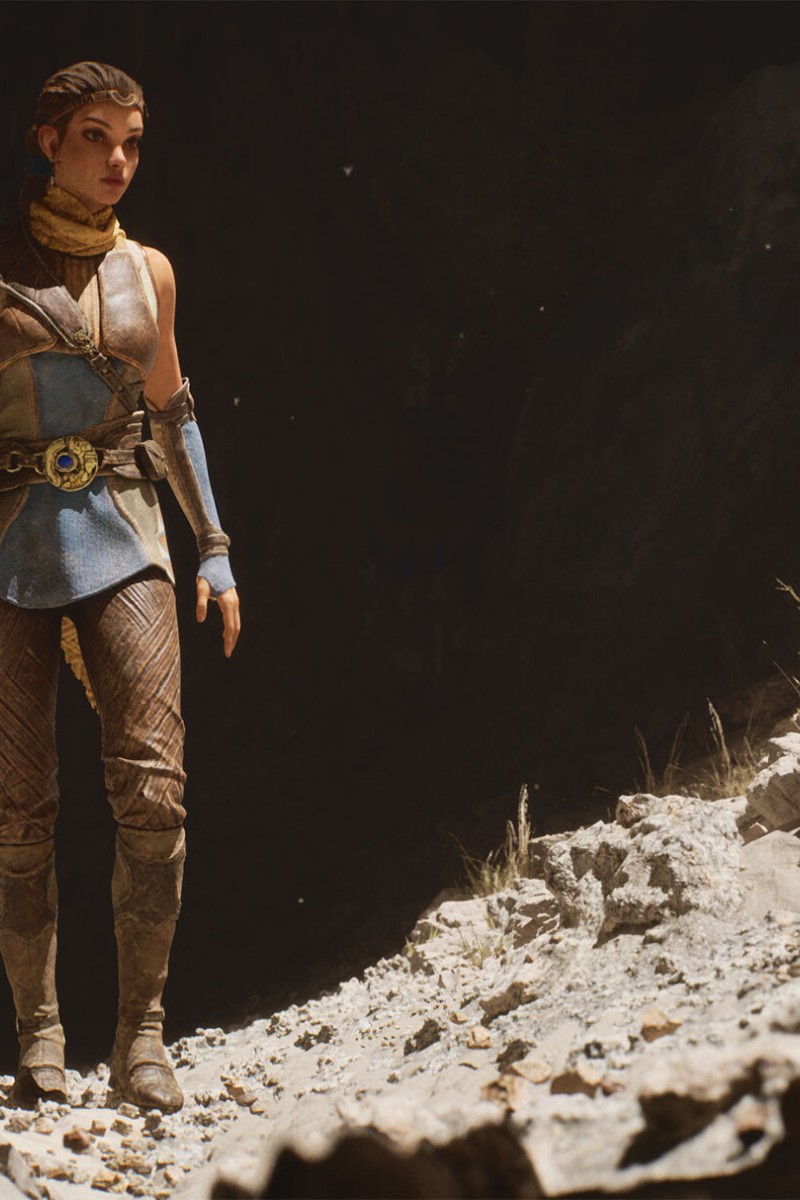 PlayStation 5: What we know so far about Sony’s next-gen video game console 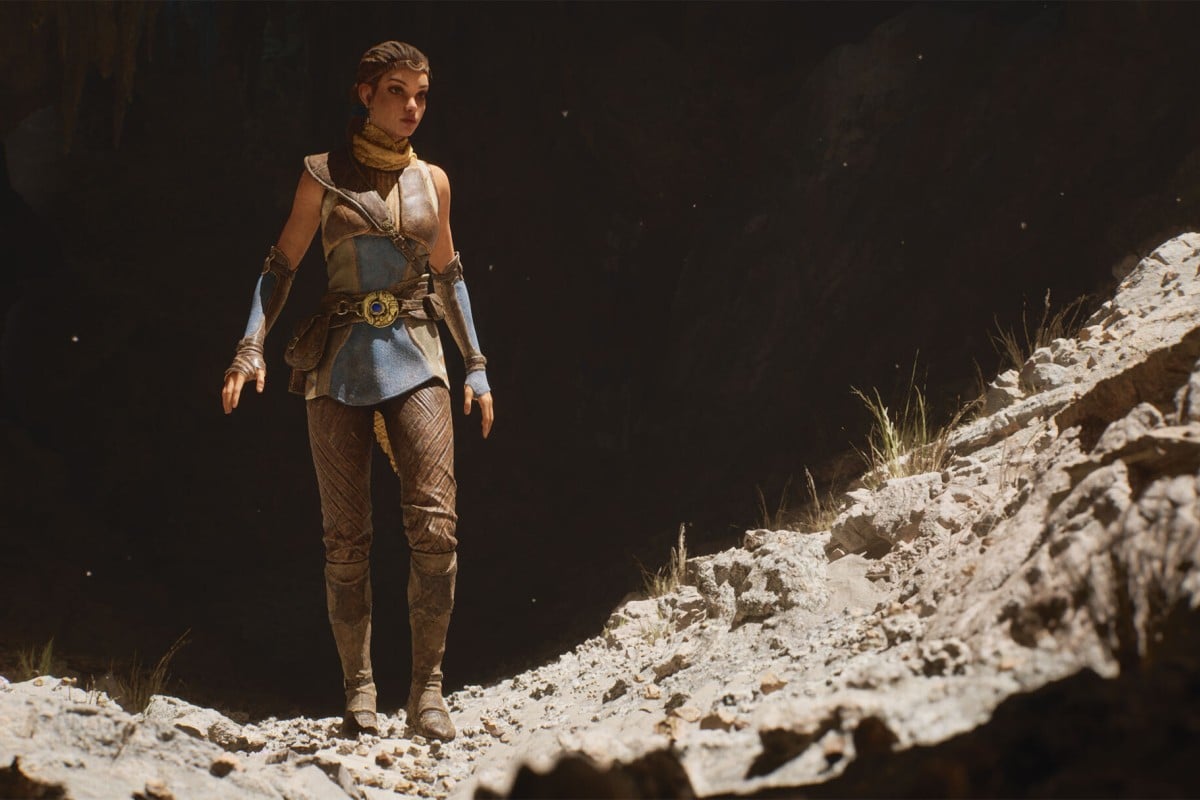 Unreal Engine 5 running a tech demo on the PlayStation 5

Sony’s next-gen PlayStation 5 is set for an unspecified release date sometime during the 2020 holiday season, and gaming fans are eager for every little tidbit of info about the next-gen gaming console.

So far, Sony has offered a first glimpse at the new console via its new DualSense gamepad, and a tech demo running Unreal Engine 5 highlighted the technical prowess of the new machine.

Here's everything we know so far about Sony's next-generation PlayStation console.

Unlike the PlayStation 4 Pro and the Xbox One X - incremental updates that offered more power in the same console generation - the PlayStation 5 "allows for fundamental changes in what a game can be," Mark Cerny, Sony's lead system architect, told Wired.

At the heart of that power are the new processing chips: a new central processing unit and a graphics processing unit from AMD. The former is based on AMD's Ryzen line, while the latter is part of Radeon's Navi GPU line.

The best Capcom arcade games you can play for free

2. Load times will be super fast - or non-existent

When you think of flashy new video game consoles, you probably don't think too much about hard drives - the thing you store games and game saves on.

But for the first time ever, the next PlayStation will come with a solid state drive.

What's different about that? It's much, much faster than a traditional hard disc drive. In a demonstration of the new drive, 2018's Marvel's Spider-Man was loaded up on an early development kit for the next PlayStation - it demonstrated a reduction in load times from 15 seconds to less than a single second.

That indeed could be a game-changer. Just imagine all the time you've wasted waiting for games to load - now, imagine that being erased permanently.

3. It can produce 8K visuals and ray tracing

8K? Yes, 8K as in the next big thing after 4K. And yes, you probably just got a 4K television. (Even more likely: You still don't have a 4K television!)

That's fine. Though the PlayStation 5 will apparently be capable of producing 8K visuals, we don't expect that any games will take advantage of that for some time. After all, there are barely any 8K sets available for sale, let alone a large audience of people waiting for 8K content.

This capability seems more like a measure of future-proofing against what will come next rather than a new standard for visual fidelity.

The PS5 also supports ray tracing technology, which is a fancy term for more detailed and accurate lighting effects. This was previously only available on high end gaming PCs that had very expensive dedicated graphics cards.

4. It is backwards compatible with PS4 games

Backwards compatibility is a hugely important feature of any game console, and it’s one that the PlayStation 4 completely whiffed. Sony is correcting that with the PlayStation 5 - your PS4 games will run on the PS5.

There’s one caveat: When the new console arrives this holiday, it won’t be able to play the vast majority of those games. Somewhere in the realm of 2.5 per cent of those 4,000-plus games will work at launch.

The company committed to further expanding out compatibility “over time” in a separate blog post. “We believe that the overwhelming majority of the 4,000+ PS4 titles will be playable on PS5,” the post said. “We have already tested hundreds of titles and are preparing to test thousands more as we move toward launch.”

5. PlayStation VR will work on PS5

6. Dualsense controller will have better haptic feedback and battery life

This is meant for players to feel different vibrations in their controller when they fire a gun or hold the wheel of a car. The PlayStation 5 controller also has adaptive triggers that can be programmed to have a different level of tension depending on the action, the post said.

Then, in April, Sony unveiled the controller itself with an array of images showing off its new design, as well as one additional feature: an array of built-in microphones that enable voice chat without a headset.

Dualsense controller for the upcoming PlayStation 5.

7. The PlayStation 5 will be released during the 2020 holiday season

There isn’t a set release date for the PlayStation 5 yet, but Sony plans to launch it during the 2020 holiday season. Sony has already sent development models out to game designers so they can start building games for the console’s launch later this year.

That said, the coronavirus pandemic could push release plans back - if that is indeed the case, Sony isn’t saying just yet. In its latest reveal, for the DualSense gamepad, Sony reaffirmed a holiday release window.

“To the PlayStation community, I truly want to thank you for sharing this exciting journey with us as we head toward PS5’s launch in Holiday 2020,” Sony Interactive Entertainment head Jim Ryan said.