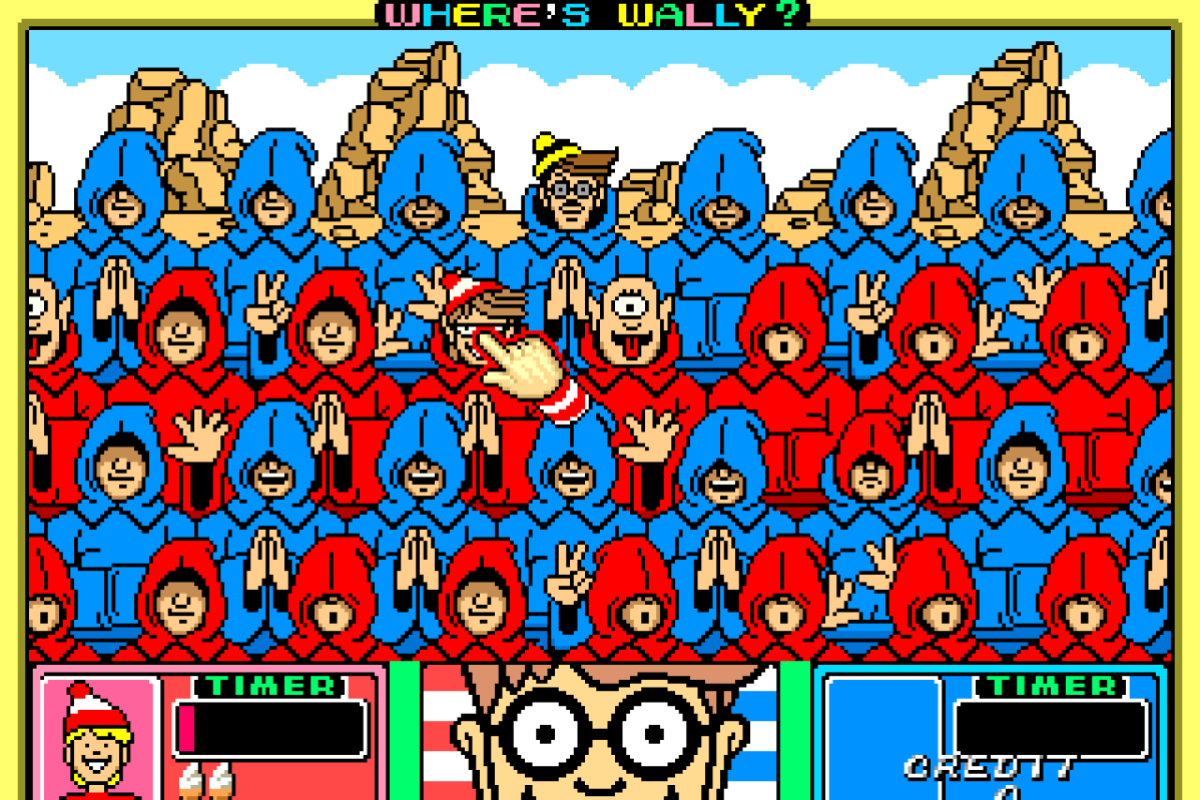 'Where's Wally' is playable for free at the Internet Archive.

With the recent successful revival of Sega’s classic side-scrolling beat ’em up Streets of Rage 4 , it’s the perfect time to dive deeper into Sega’s catalogue of retro arcade games. From classic tile-matching puzzler Tetris to the super historically accurate Shinobi, here are the best Sega arcade titles you can play on the Internet Archive, an online database of arcade games.

If you’ve often thought that the Where’s Wally? hidden object books were too old-school and would be waaay better as competitive multiplayer arcade games, then you’d have fitted right in at Sega’s marketing department in 1992. This gem of a game challenges you to find Wally, Wilma, Woff and Wizard Whitebeard on digitalised landscapes of wacky scenes. Sadly, a planned sequel never materialised, but you can play the original for free online. Play it here.

Jump right into a whole new (pixelated) world with Disney’s Aladdin, a side-scrolling platformer which stars our favourite street urchin who’s got a very special friend. Use your trusty scimitar for short-range combat, and throw apples at baddies who are far away. There’s also a bonus secret level where you play as Abu, but we’ll let you find out how to get there by yourself. Play it here.

You might like this more for its comedic value than the actual gameplay. As master ninja Joe Musashi, you must rescue your clan by using ancient ninjutsu tools such as shurikens, katanas, and … a gun that fires explosive bullets when fully upgraded. Hmm, guess I missed that history lesson in school. Play it here.

One of the bestselling video games of all time, Tetris forces you to stack one of seven “tetriminos” into complete lines which then disappear. Amazingly, the Classic Tetris World Championship is still held every year, so if you want to challenge current champ Joseph Saelee, check out some online videos to scout his strategy and then start practising. A lot. Play it here.

The first game in the wonderful Wonder Boy platforming series, you play as Tom Tom, a young hero who goes on an epic quest to save his girlfriend from the Dark King. Armed with a small stone hatchet and a skateboard, you’ll need to be on the lookout for fruit to replenish your health which deteriorates at a steady rate. (Fun fact: Tom Tom was one of the earliest advocates of the vegan diet.) Play it here.

One of the very first rail shooter games, Space Harrier casts you as a jet-propelled soldier who must complete a series of increasingly ridiculous missions set in fairly improbable locations. Some of the enemies you’ll face include one-eyed woolly mammoths, flying stone heads that shoot lasers out of their eyes and, of course, Gundam-inspired gigantic robots. Good luck! Play it here.

Even though baseball is known as “America’s pastime”, it’s also incredibly popular in Japan. Sega came out with Excite League in 1988, and the graphics were quite advanced for its time, featuring a split screen mode that showed you the perspective of both the pitcher and the batter at the same time. A cool thing to watch out for is when you hit a home run, it makes an actual hole in the stadium’s roof. I guess they didn’t have very good building codes back then. Play it here.