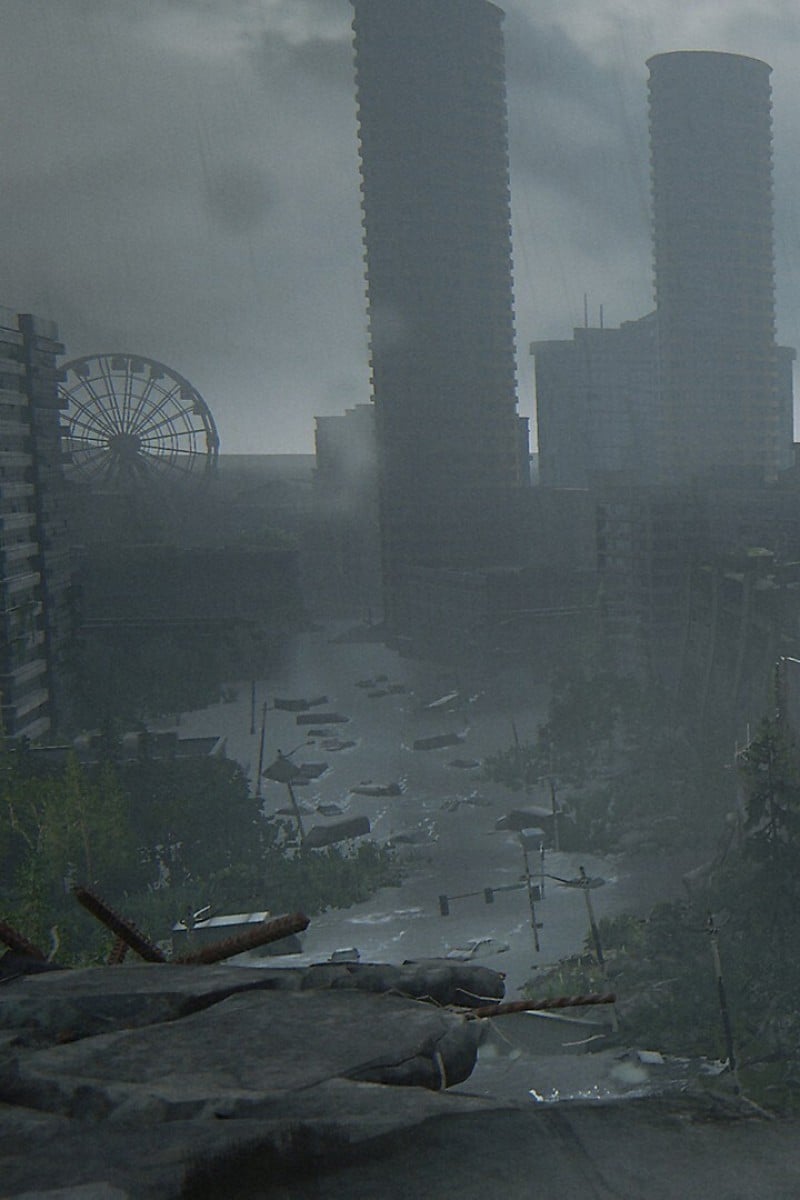 ‘The Last of Us Part II’ review: Ellie’s epic tale of revenge 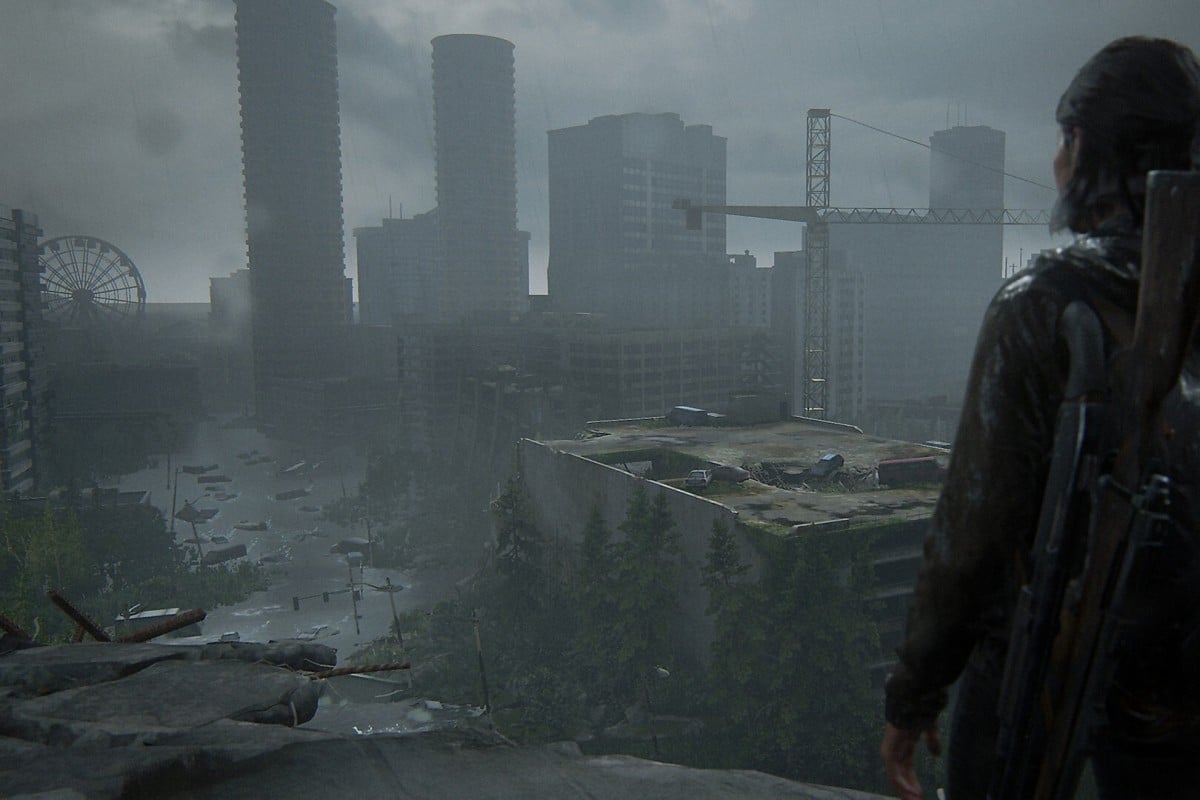 Ellie explores the ruined remains of Seattle in search of revenge in "The Last of Us Part II." (Sony Interactive Entertainment)

Each act of love can be reciprocated by love and inversely violent acts – though they can appear one-sided – reverberate and rebound. That’s the physics that describes The Last of Us Part II. It’s a sequel that brings a reckoning for the violence in the original.

That game’s climax put players in a horrific position. Joel brought Ellie to the Fireflies, a militia hellbent on finding a cure to cordyceps brain infection that has consumed the world. Ellie is immune to the disease that essentially turns people into zombies, and she is the key to saving the world. The only problem is that the cure would kill her, and Joel makes the fateful decision to murder the militia to save the child.

The sequel follows the aftermath of that choice and it acts as a fulcrum for the game. Ellie and Joel settle in the town of Jackson, Wyoming. They live a quiet life until an attack by unknown assailants changes their lives and slingshots Ellie and other town members to Seattle for retaliation.

The Last of Us Part II is Ellie’s story and a study of revenge. That journey mostly unfolds in Seattle as she hunts down her transgressors. The missions, broken up into several days, show developer Naughty Dog pushing the limits of its level design, creating expansive environments that feel open-world but are actually large maps with nooks and crannies of exploration scattered throughout.

These wide arenas become playgrounds in which players can use different tactics to take out the cordyceps Infected and the rival factions in the Emerald City: the Washington Liberation Front (WLF) militia and the Seraphite religious sect. Most of the combat is based on stealth and Ellie picking apart squads by crawling through tall grass, stalking behind adversaries and shivving them.

PlayStation 5: the 10 biggest games coming to the new console

When stealth is broken, gunfights erupt and it becomes about outflanking enemies and efficiently killing them with weapons at hand. The Last of Us Part II has a survival component, as players must scavenge ammo, weapon scraps and other items. The campaign has a progression system that improves character skills when they find training manuals. That opens up skill trees with talents that become accessible via stimulants collected through the levels.

Most confrontations deal with one faction at a time in maps that can range from open-air battle to claustrophobic urban combat. The campaign’s best action moments come when a mix of WLF, Seraphites and Infected are in the same room together. Players who know how each faction reacts can play them off each and, in the chaos, escape or defeat them. It offers the most intriguing dynamic of play.

Battle many types of enemies in 'The Last of Us 2'

Slight puzzle elements break up the skirmishes. They come in scenarios such as trying to figure out safe combinations that hold power-ups, or they can be in the form of obstacles that players have to figure out. None of them is too difficult and the puzzles are mostly ways to blocked rooms that hold a treasure trove of scrap and items that will power up characters through the campaign.

Ellie’s vengeance is thorough and she kills her adversaries with a frightful viciousness. She’s a wraith stalking those who wronged her, but a strange thing happens in The Last of Us Part II. The campaign flips the script and it forces empathy on players. It’s Newton’s third law in action as players see the other side of the story. They realise that they are not killing faceless enemies but people dealing with their own plights. When Ellie stabs an enemy in front of his comrade, they’ll notice how the man screams a name and tries to exact retribution.

Players discover that even the dogs that Ellie shoots have names.

The Last of Us Part II takes advantage of this innate form of compassion in video games. It’s a medium that puts players in shoes of heroes, but it can also do the opposite. That switch can be uncomfortable at times, but it’s also necessary to understand what director Neil Druckmann is trying to convey with the sequel.

“It’s a story of tribalism; of how we vilify and dehumanise those on the outside. It’s a story of obsession – when is it time to let go? And when should you hold on at any cost? This is a story of trauma, redemption, and empathy,” he wrote.

The only issue is the game’s third section. It feels like a forced epilogue after the second part’s climax, but that’s because players care so much about Ellie. They also must realise that though they control her movements, they aren’t acting as her character. The adult Ellie is molded from a multitude of other experiences not seen in flashbacks or in cutscenes. Although players want her to make the right choice, they can’t force her to. All they can do is try to understand her decisions through the empathy the game is trying to elicit.

That message isn’t always clear in The Last of Us Part II but Naughty Dog offers enough through the weaving narrative that it can be understood just as long as players are willing to reach out and step outside themselves.