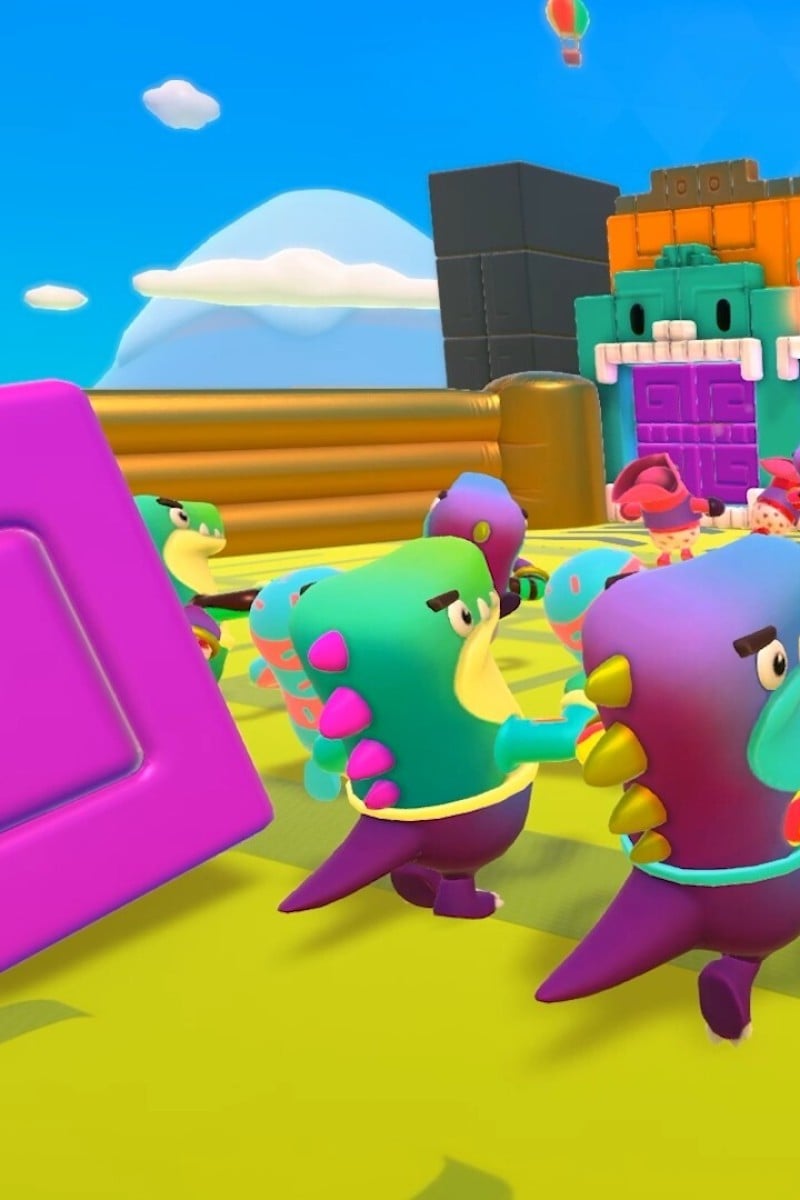 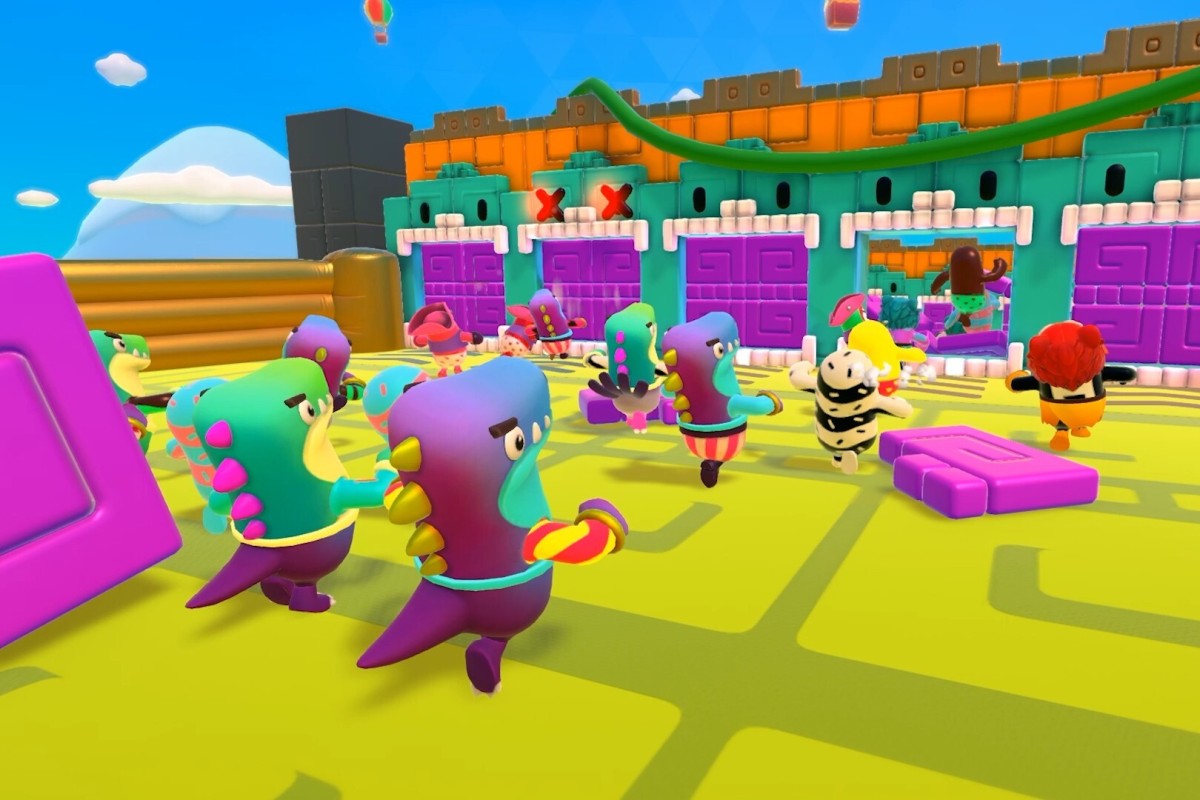 Play as a cute, clumsy blob in Fall Guys: Ultimate Knockout, a new battle royale game that has easy-to-learn controls and quirky challenging level design to keep you hooked for days on end.

Fall Guys is a competitive online multiplayer game where 60 players compete to be the last blob standing through five rounds of obstacle courses and team activities. You control a bean-shaped avatar that can only do four things: run, jump, grab and dive.

With these limited skills, you’ll try to make it through each of the four types of levels, as a certain percentage of players are eliminated in each round.

There are four main types of levels: Race, Survival, Team and Final. There are different maps for each type of level, so you have to stay alert for whatever wacky task the game throws at you.

Race maps are levels with a starting and finish line. The player must race past the moving obstacles and cross the finish line before a certain rank to move on to the next round. Players can also grab and push each other, meaning you can be sneaky and try to nudge a competitor off the platform.

Survival maps are levels that focus on outlasting others until the timer is up. These levels are quite diverse, each testing different skills and strategies. Some test your memory, some test the ability to out-maneuver your competitors, while others test your reaction time and parkour skills.

Team maps are levels that divide the remaining players into two or three teams that compete against each other. Each team must work together to accomplish the goal, whether it be stealing golden eggs or playing a game of football with a house-sized ball. Every member on the losing team is eliminated, so you’ll have to temporarily work together with your previous enemies.

Final is the last type and last round of the game. These maps are for the 10 players that make it past the eliminations of the preceding rounds, and are now competing for the only crown. Final map levels are quite similar to Race and Survival levels, the main difference being that only one player will qualify and win the entire game.

The game is not free-to-play and costs HK$89, but there are also microtransactions, although they are only for cosmetic items and will not give you a gameplay advantage. You can earn in-game currency for free based on your performance as well. Spend these to customise and dress up and your avatar as a pineapple, T-rex, pigeon and more.

If you’re looking for a competitive, addicting and fun-with-friends battle royale game that doesn’t involve shooting everyone else, then definitely give Fall Guys: Ultimate Knockout a try.