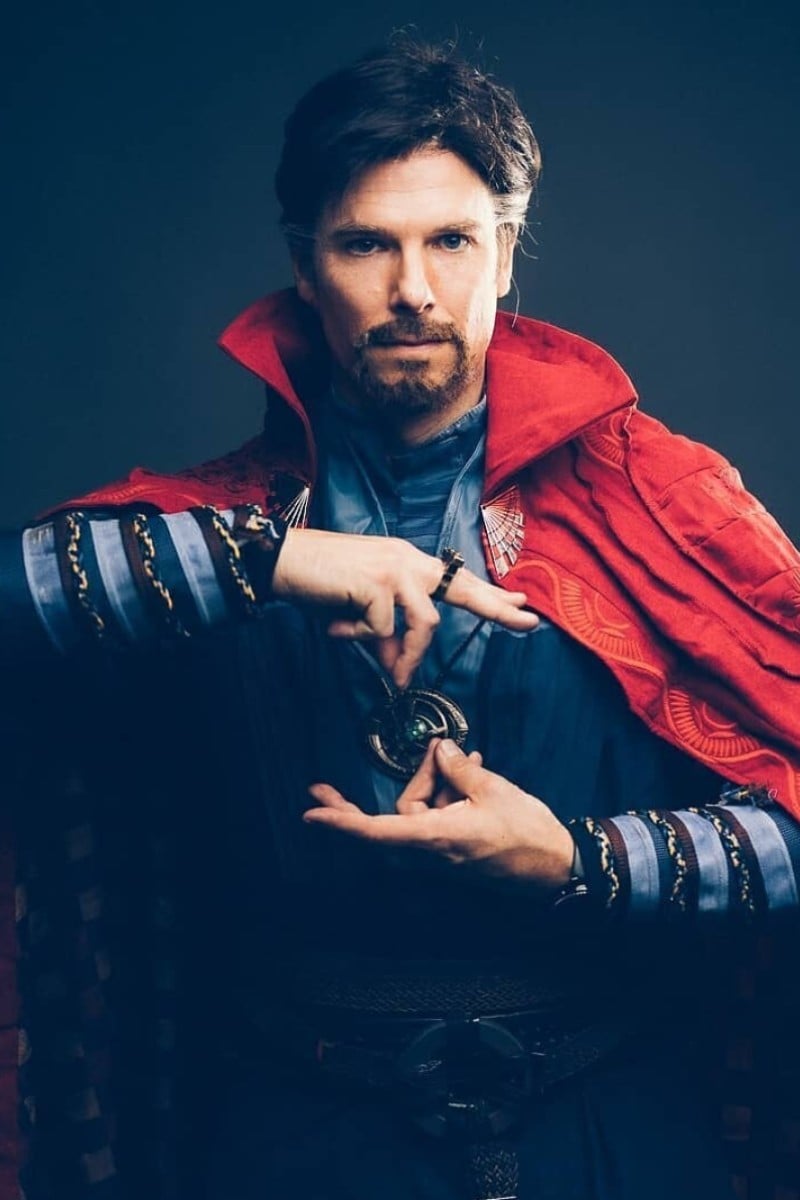 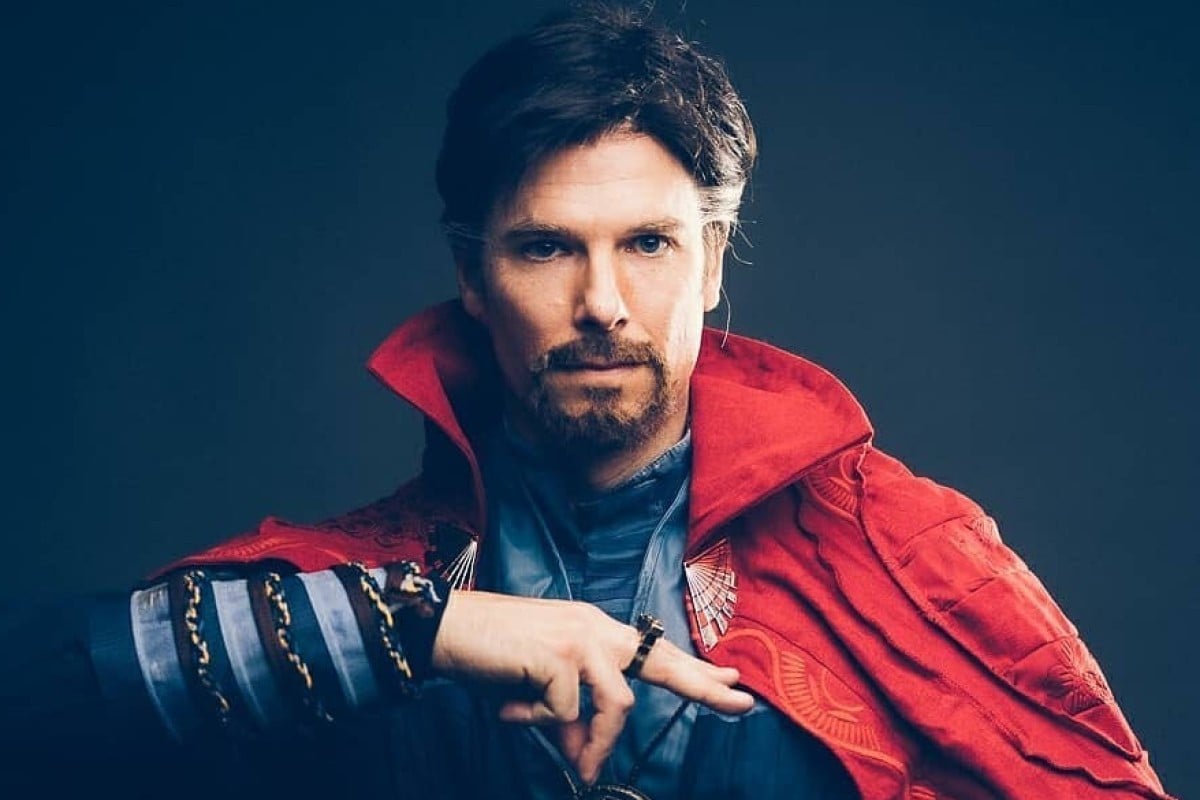 Peter Clarke, aka Cumbermatch, puts his own spin on TikTok trends. Photo: Facebook.com/Cumbermatch

For years, people have been telling Peter Clarkethat he looks like A-list actor Benedict Cumberbatch. He never really saw it. But his colleagues, who also came up with the catchy name “Cumbermatch” for his Instagram profile, encouraged the 42-year-old to post a picture of himself dressed as Cumberbatch’s Marvel character, Doctor Strange.

People around the world lapped up the resemblance. “People on there said I could give TikTok a go,” he says – so he did, and his popularity ballooned.

TikTok, whose US future hangs in the balance, is home to many lookalikes who built big audiences, thanks to their similarities to celebrities who have no presence on the platform. Compared to the lives of offline lookalikes – who you might see at drab birthday parties or corporate events, posing for pictures as if they were little more than Madame Tussaud’s waxwork figures – fame on TikTok carries more respect.

And it affords lookalikes a creative outlet that lets them use their physical resemblance to a celebrity as a way to create their own livelihood.

Clarke joined people like Itzhak Hershkovich, a former community college computer operator who, as NYTonyStark, manages to make a living out of his eerie resemblance to Robert Downey Jr, and Priscila Beatrice, a 28-year-old from Brazil who looks uncannily like Rihanna.

Beatrice (@prihbeatrice) started on TikTok in March. “I got to know about the app through my sister who had been using it for a long time,” she says. “I found it fun and decided to play, too.”

At first, she was just herself. But after a few posts, people began noting the resemblance in the comments on her videos. This was not news to her. Friends had been comparing the two since 2007, and in 2014 Beatrice started a career as a cover artist and the singer’s official double in Brazil.

She loves the combination of online fame and offline adoration. “On TikTok I play with the image,” she says. “My followers love it when I do it. In real life, it’s amazing, because I can see in the eyes of Rihanna fans all the love they feel – it’s surreal.”

On TikTok, she leaned into that, adopting more of the personality of the Barbadian singer. “I gained a lot of followers because of the similarity,” she says. Now she has more than half a million followers on TikTok.

Clarke has even more: 1.4 million at the time of writing, who watch him clown around in the guise of Cumberbatch’s most famous characters. He’s narrowed down what works in his year on the app.

Initially, he lip-synced to some of the star’s most famous dialogues from movies, but they failed to perform well. Instead, people want to see him do things the real Benedict Cumberbatch hasn’t – such as switching outfits in time to the catchy Ricky Desktop tune, The Banjo Beat. “It’s mainly silly things,” he says.

It follows a typical pattern for successful creators on TikTok, says Andreas Schellewald of Goldsmiths University in London, who is surveying its users about how they interact on the platform.

“They adapt to the content’s ecosystem, posting weird videos, jokes and skits,” he explains. “TikTok has this unique creative vibe compared to other platforms where it’s sometimes too serious and too perfect. TikTok is just the mix of lightweight entertainment that is tailored to individual personalities.”

Clarke’s big following is all the more surprising because, unlike many TikTokers, his schedule means he doesn’t have the time to chase short-lived trends that emerge as quickly as they fizzle out.

“I’ve also got two children, so finding the time to do [TikTok] is very difficult,” he says. He usually shoots his videos once a week, on a Thursday evening, after the kids have gone to bed and he’s finished home-schooling them. They’re then posted throughout the week.

“The problem with that is if something is trending, I might be a little late on it,” he says. “That’s the key to a successful TikTok: jumping on a trend and doing my own take on it.”

Clarke knows his popularity comes from the person he’s portraying, but he’s starting to see signs people are coming to his profile to see Peter Clarke, rather than Cumberbatch. “I saw some comments recently on some of my posts saying: ‘I’ve forgotten what the real Benedict Cumberbatch looked like,’” he adds.

It’s all part of the emotional, but one-sided, relationship that fans build up with digital creators, as they’re let into parts of video-makers’ lives, bit by bit, and grow invested in their success.

“It was definitely a large section of my fans who started following me because they thought I was him, and my biggest challenge is winning them over to actually keep on watching and liking my content, knowing it's not him doing it,” he adds. “That’s definitely grown. People are investing in Cumbermatch.”