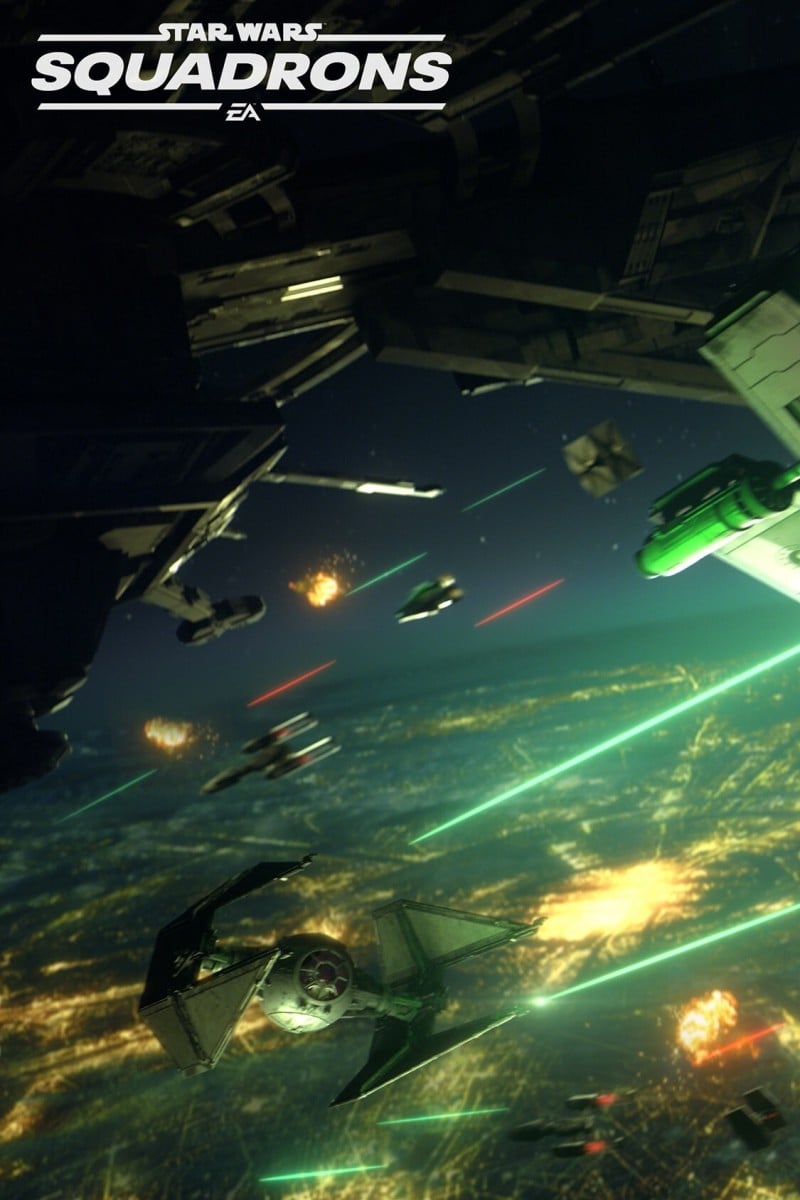 ‘Star Wars: Squadrons’ review: X-Wing or TIE Fighter? Why not both? 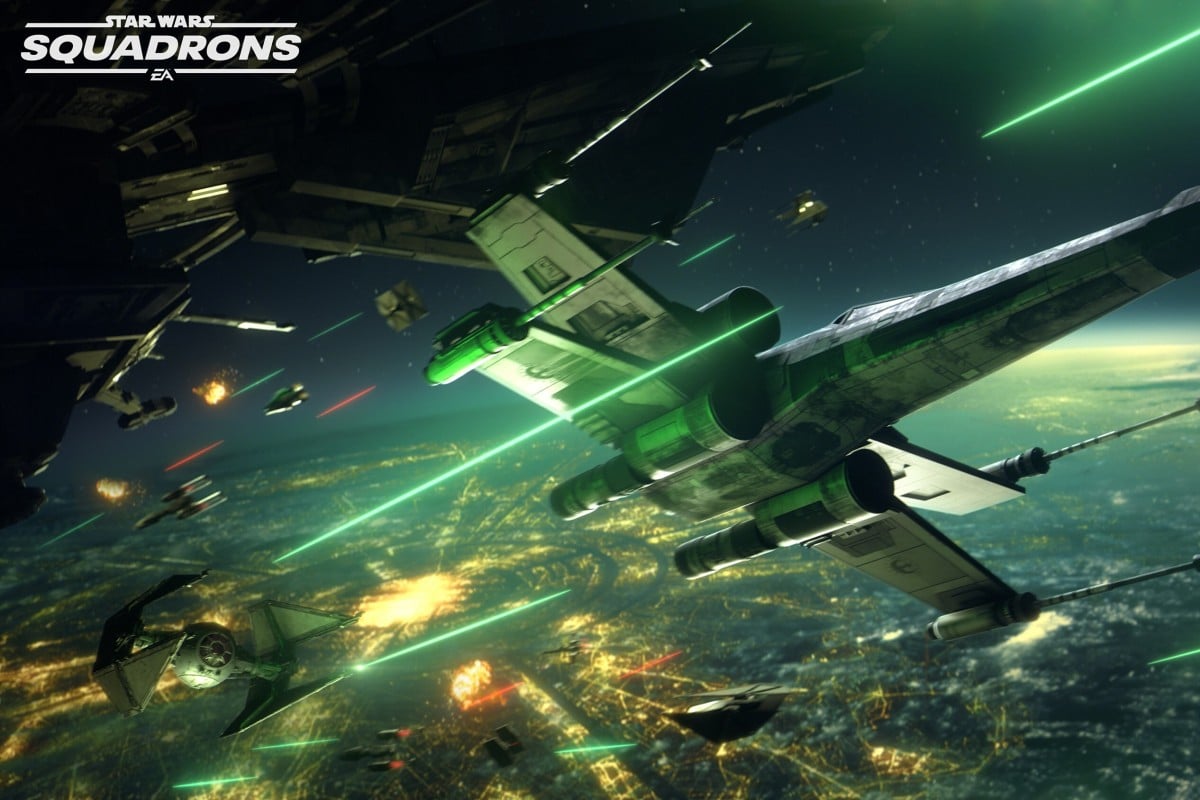 Lasers will be flying all over the place and players need to focus their shields smartly in combat in ‘Star Wars: Squadrons’. (Electronic Arts/TNS)

Taking place over a prologue and 14 missions, Star Wars: Squadrons weaves a story between the Empire and New Republic after the events of Return of the Jedi. On one side, players take on the role of a new pilot for Titan Squadron, an elite unit headquartered on the Imperial Star Destroyer Overseer. On the rival faction, players step into the shoes of a pilot for Vanguard Squadron, a force serving the New Republic aboard the star cruiser Temperance.

Players create these pilots and give them names though they are referred to as Vanguard Five and Titan Three, respectively, by their wing mates.

Commander Lindon Javes is the thread tying these two outfits together. As a captain in the Empire, he led missions to maintain control of the galaxy. All that changed after the emperor ordered the destruction of Alderaan. Javes began to question the morality of his leaders and that led to his defection to the New Republic. Four years after that incident, he’s in charge of a secret project that could turn the tide of the war. To Vanguard, he’s a trusted hero. To the Empire, he’s a villainous traitor.

Squadrons tells both sides of the story and lets fans pilot four ships on each side. Amazingly, the developer, Motive Studios, gives each craft a distinct feel. X-Wings and TIE Fighters are versatile attack craft with one relying on shields and the other asserting its dominance via speed. A-Wings and TIE Interceptors are speedy but weaker crafts while the Y-Wings and TIE Bombers deal heavy damage but are slower. Backing up each side is the U-Wing and TIE Reaper with their support abilities that heal ships or make allies more effective in combat.

The campaign teaches players the basics for each ship as Vanguard Five and Titan Three play pivotal roles in each mission. Motive does a stellar job of designing the levels so that each ship’s role is highlighted within well-written scenarios. Squadrons isn’t just about shooting down enemy ships, though you do that often. It also gives players unusual objectives that test skills and technique. In The Skies of Yavin mission, players will have to disable an Imperial Star Destroyer by surgically blasting its subsystems. In the Fractured Alliance chapter, Titan Squadron will help “commandeer” supplies from an unwilling Imperial faction by fending off a New Republic attack and then protecting the pilfering ships in the chaos.

The missions have an even back and forth as one side claims victory over the other. Players also learn some of the nitty gritty politics involved in each faction as they talk to their crewmates before each mission and get to know their distinct personalities. The Titan Squad, like the Empire itself, is dark and brooding with characters such as Shen, Rella Sol and Varko Grey. They each have their own motivations for fighting. Vanguard Squadron is more upbeat and likeable with the mothering Gunny, the comic relief of Frisk and the quirky Keo.

The characters do enough in their short bursts of interactions during dog fights and between missions that players get a good sense of them. It’s similar to what Nintendo did with the crew in Star Fox though they won’t ask players to do a barrel roll. These quieter moments ground the game and give it breathing room as Squadrons later soars into the epic spectacles further on in the campaign. Squadrons stretches moments of believability toward the end though, but it’s a necessary step as the climax and resolution of the single-player campaign sets up the combat in the multiplayer modes.

Speaking of which, the online games are barebones at the moment with one focused on five-vs-five dogfights and a second entry showing off the more elaborate Fleet Battles. Squadrons forces players to get their feet wet with aerial combat until they reach Level 5. From there, they can pick the more complicated Fleet Battles, in which teams of five work together to destroy the rival’s flagship. It’s essentially a tug-of-war, in which eliminating the opponents’ crafts creates momentum that lets the team push to the objective. It’s the mode where all ship types can show their strengths.

The multiplayer modes are where players take the lessons from the single-player experience and apply them against online competitors. They must have precise control of when to throttle and when to divert power to boost weapons, engines or shields.

Squadrons relies heavily on skill and it can be frustrating for newcomers who aren’t used to space combat or aren’t playing on specialised equipment such as flight sticks. The six maps have their own distinct characters and obstacles and players can use the environment to their advantage with the right loadout.

The progression system and the ability to unlock customisation options will keep players going for a time, but fans shouldn’t expect Squadrons to be like Call of Duty. The modes and maps are on the thin side.

Instead, Squadrons focuses more on an excellent single-player campaign, and Motive finds a way to tell a compelling “Star Wars” story that spans the remnants of the Empire and the burgeoning New Republic.