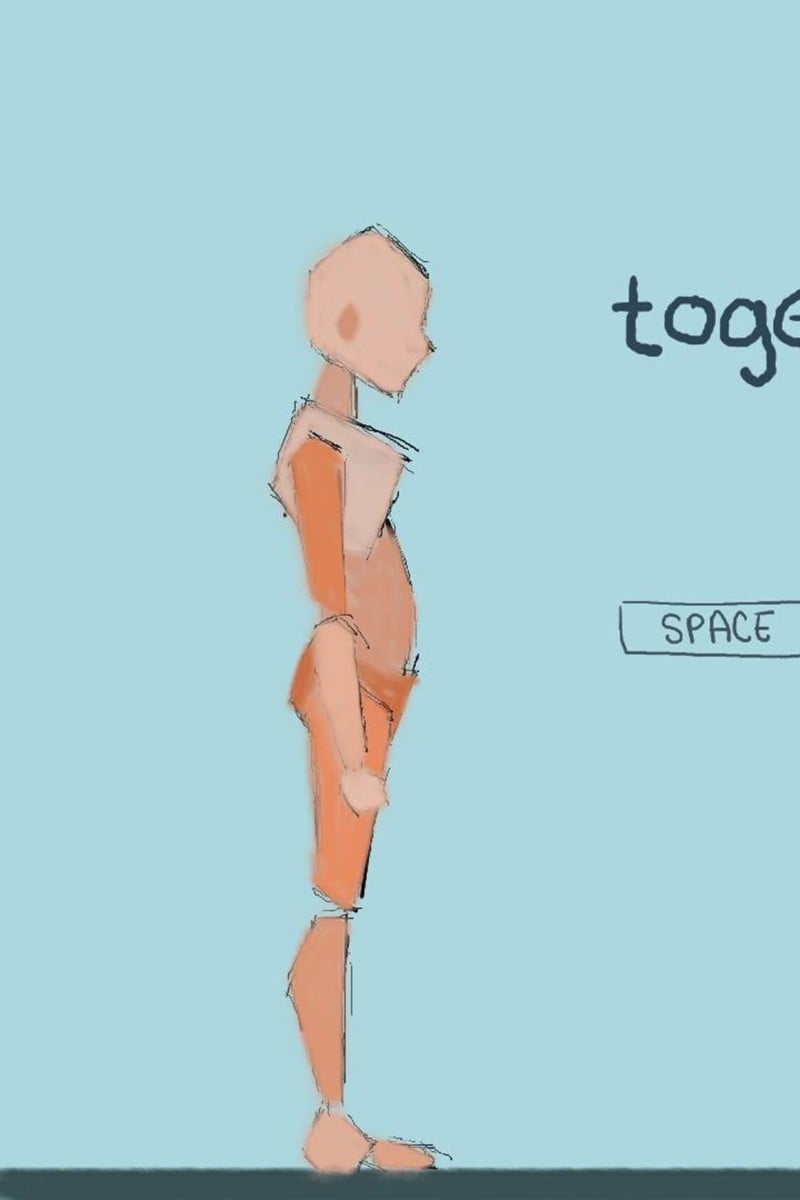 ‘Together’ is a game that shows how the pandemic can mean very different things to different people. (Bakiara/TNS)

Battered emotionally, psychologically (and for some, physically) by the current coronavirus pandemic, gamers probably don’t need to be reminded of Covid-19 during their playing time.

But it turns out the virus makes for some pretty good gaming themes (51 of them, to be exact). Of course, it helps that these games generally don’t present dark, complex simulations. Also, they were made in collaboration with an arm of the National Academy of Sciences, meaning a number of them contain actual research.

The collection of mostly short vignettes came out of Jamming the Curve, a competition spearheaded by the team behind IndieCade, the yearly celebration of play that would be happening this month in Santa Monica if the events of the world had not intervened. Participants were challenged to build a game from scratch, known in game development circles as a game jam, that somehow reflected our pandemic and the data and science that seek to understand it.

To ensure that these short experiments in game-making were fact-based, the game makers not only had access to epidemiological models developed by Georgia Tech, but also could consult with a team of medical and health experts organised with input from the National Academy of Sciences’ cultural-education-focused LabX department.

The best of the 51 games felt as if they were opening a dialogue, allowing me to communicate digitally about topics I wasn’t always vocal about, or even desired to be vocal about, in my daily life. Play in this instance became a much-needed exhale, whether I was entering the headspace of someone stubbornly wearing a mask below their nose, trying to stop the spread of disease on an alien planet, witnessing the life of a nurse, or seeing how attempts to control an outbreak among a species is akin to herding cats.

Cat Colony Crisis, for instance, is cutesy chaos. Don’t assume anything, I told myself, as Ms Cat, a calico, sneezed. Maybe Ms Cat just has a preexisting condition? But why isn’t Ms Cat wearing a mask? And, gosh dang it, why is Ms. Cat starting fights and cuddling with other cats? A pandemic, after all, is no time to behave like cats. Being a cat is no excuse, Ms Cat!

When it comes to educating people about Covid-19, says Rick Thomas of LabX, a big challenge is the invisibility of the virus and the struggle to recognise when we’re making a difference, when we’re being overly panicked and when we’re simply being selfish.

Games, specifically their ability to visualise abstract subjects as well as their need to ask players to lean in and take an active role, can close that gap, says Thomas.

Is this the right time to discuss travel bubbles with other cities?

“Games are good to help combat Covid because games do a good job of translating data into stories and helping show people how individual decisions can impact larger issues,” says Thomas. “That feedback is missing in normal day-to-day interactions with Covid. You don’t actually know if you got someone sick by not wearing your mask because there’s a several-day disconnect. You’re not being told whether what you’re doing is harmful, but in a game you can make the connection clearly. That’s why we got involved.”

The submitted games – most can be played free via a browser, though some require a download for a PC or Mac – largely avoid the tendency of more mainstream games to put the emphasis on a global pandemic spread and how to manage assets. Here, the games generally have a human focus.

The Covid Express feels like my daily life – that is, having to navigate among the unmasked in public spaces or on mass transit. PandeManager is more complex, asking you to survive one year as mayor amid shifting policy decisions. Smash the Curve is influenced by the classic game Breakout, where Covid-19 graphs replace the standard bricks, and power-ups come in the form of masks and contact-tracing.

For those new to the game jam space, be prepared for an amateur, do-it-yourself feel. The games are made quickly, and the goal is to express an idea through play rather than create a slick, finished product.

Scrolling the Jamming the Curve Discord channel reveals conversations between game makers and medical experts that feel more like a public health FAQ than a game development event; developers asked questions on a range of topics, including mask efficiency, viral load and persistent immunologic responses.

Some games deal with those weighty topics. Lab Hero is a colourful simulation of a medical professional’s challenges and focuses on keeping people distanced, treating patients and researching a vaccine. Others went a more personal route. Nonessential, for instance, is an intimate-conversation game about the ways in which we deflect our worries and avoid topics of mental health.

One of the most stressful aspects of Covid-19 prevention, says LabX’s Thomas, is the fact that the most helpful thing to do is often nothing – to stay home and avoid others. Nonessential unfolds as a phone call with someone going that route.

“What’s isolation like, and how does that affect people’s underlying mental health problems?” says Seattle-based indie developer Brad Kraeling of his game. “All of this can amplify and stir things up, and bring out a lot of anger in people. I wanted to make a game about someone’s mental health, but in a really casual, talking-to-a-friend way.”

To play or download any of the 51 games, go to the Jamming the Curve submissions page