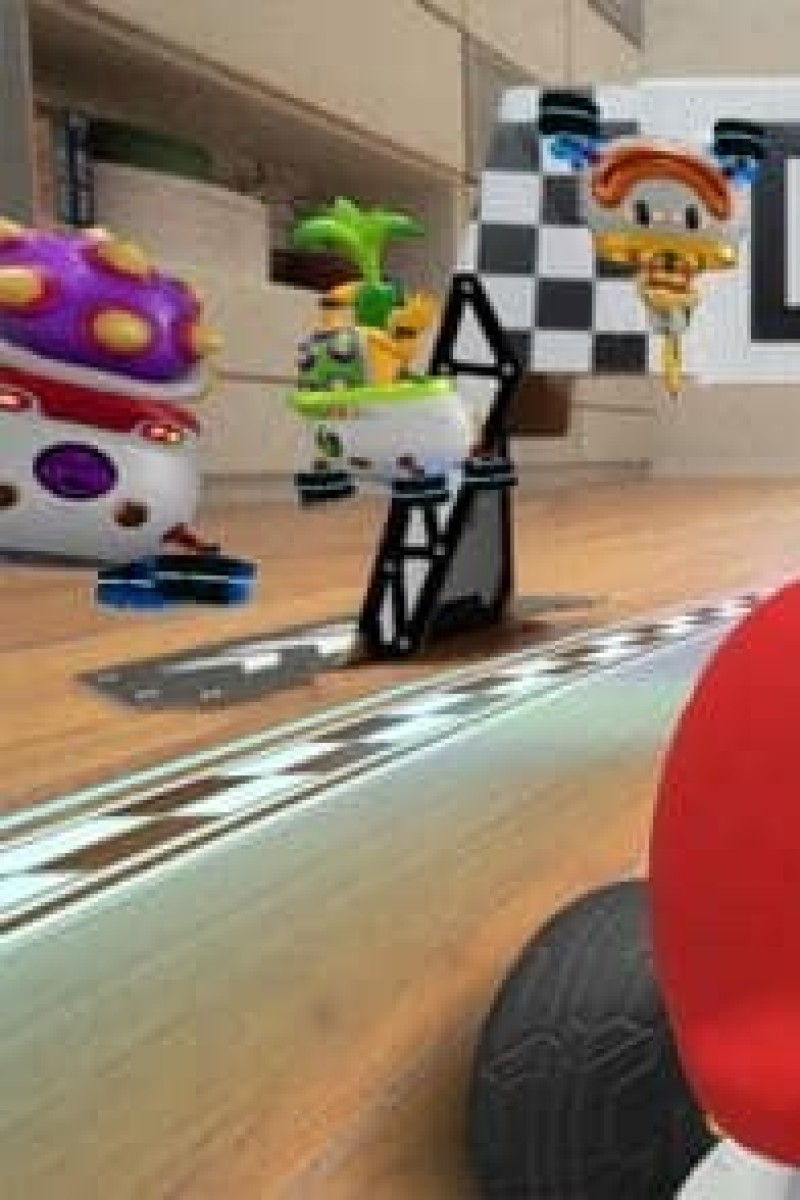 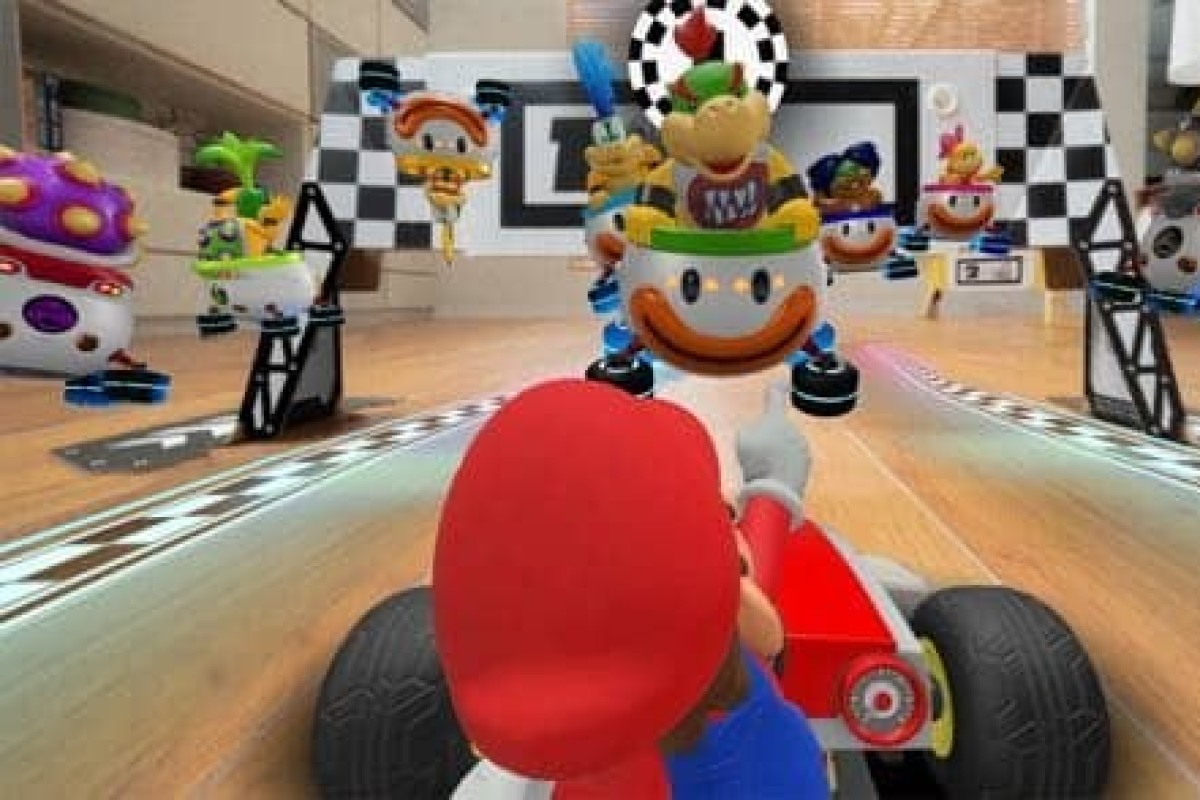 In ‘Mario Kart Live: Home Circuit’, players pilot a real remote control car via the Nintendo Switch game console. They can use weapons and must speed past obstacles like the other games. (Photo: Nintendo)

Mario Kart Live: Home Circuit is a racing game that combines remote-controlled cars with one of the world’s most popular racing franchises.

On the real-world side, Mario Kart Live comes with a plastic kart of Mario or Luigi. A camera is built into the vehicle along with a rechargeable battery and computer chips that controls the kart and connect it to the Nintendo Switch. The game also comes with four cardboard gates and arrow signboards. The video game portion of the project requires players to download the title from the Nintendo eShop.

Before racing, players have to set up the course by placing the gates within a space that’s at least 1 metre by 3.5 metres. The camera gives players a feed of the race from Mario’s perspective and the video game dresses up the track world with themed obstacles.

In Cheep Cheep Reef, players explore an underwater track with a blueish filter on the footage and fish swimming back and forth on the course. In Bowser’s Castle, players encounter fire bars that rotate around the gates.

It’s not more elaborate because players create the tracks and Mario Kart Live pushes out the obstacles based on markers the camera recognises. If players want more obstacles, they can make their own with the do-it-yourself spirit, but they have to keep in mind that the other AI-controlled competitors won’t recognise a book blocking the way or an errant cat that walks through the track. They move on the established path.

Like much of Mario Kart Live, the mechanics are basic and players have to meet the developers halfway by crafting clever layouts. With that said, the game does add unexpected twists to the experience. In weather-impacted levels such as Windswept Prairie, gusts make the kart hard to control and the actual vehicles develop a rightward drift that players must compensate for. In the madcap Magikoopa Mirage, the wizard Kamek flips the camera or sets the track to mirror mode. It’s disorienting at first before players realise the shenanigans. It’s a brilliant way to use the technology.

With 24 tracks available and nine cups, players have a lot of themes to explore with. Beyond that, though, players can create custom tracks by mixing and matching different gates, weather effects and the mirror mode as they unlock those options by competing in different cups.

Players will also unlock different speeds as they clear each cup, and this has a huge impact on gameplay. On the slower divisions, it’s best to rely on gas and breaks, but as Mario jumps up engine classes to 200cc, Mario Kart Live feels more like its traditional counterpart. The drift button becomes essential as players round corners and the extra speed makes the whole experience feel more lively and difficult.

The experience is reminiscent of the traditional Mario Kart but parts of the game feel limited despite having all the items and nearly all the obstacles in the regular game available. The constraints lie in the physics of the toy itself. It can only go as fast the motor allows. Meanwhile, courses have to be small and the players must stay fairly close – ideally in the same room – to the toy for everything to work.

Despite that, Mario Kart Live captures the essence of its mainline counterparts. Players just have to make more of an effort to create zany tracks and obstacles for the single-player experience.