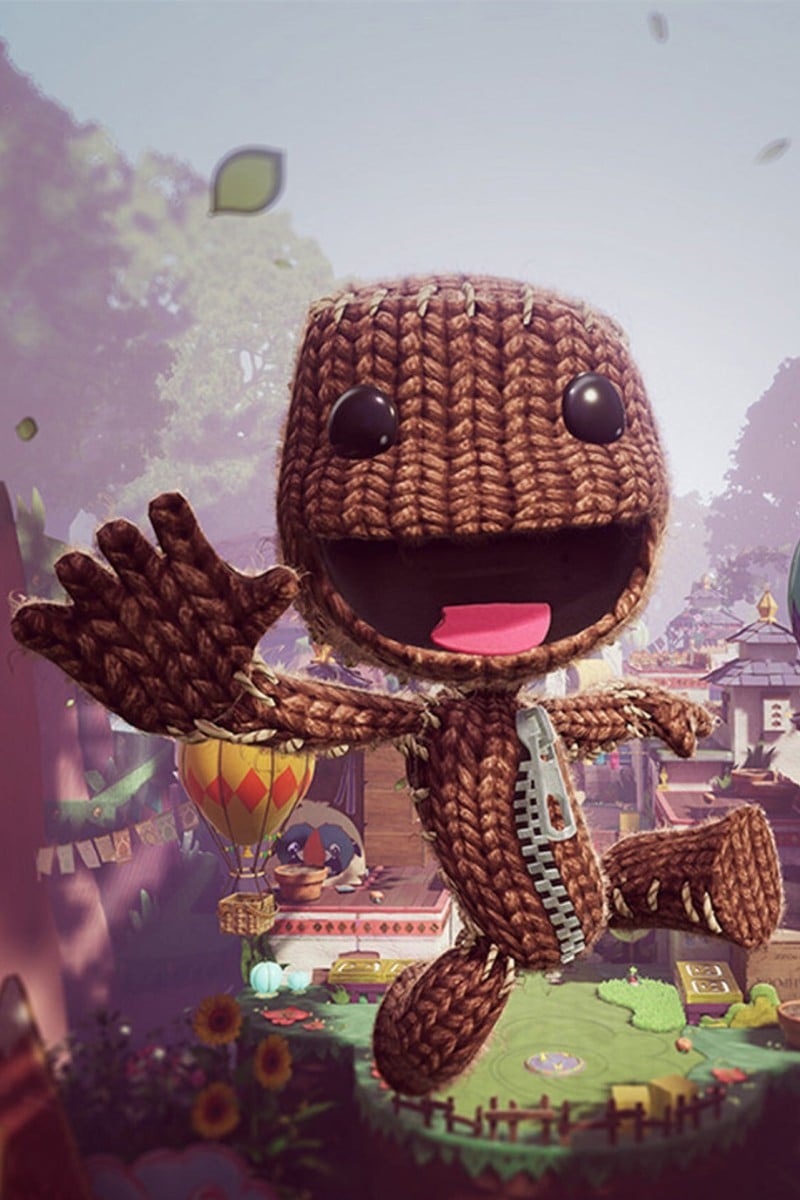 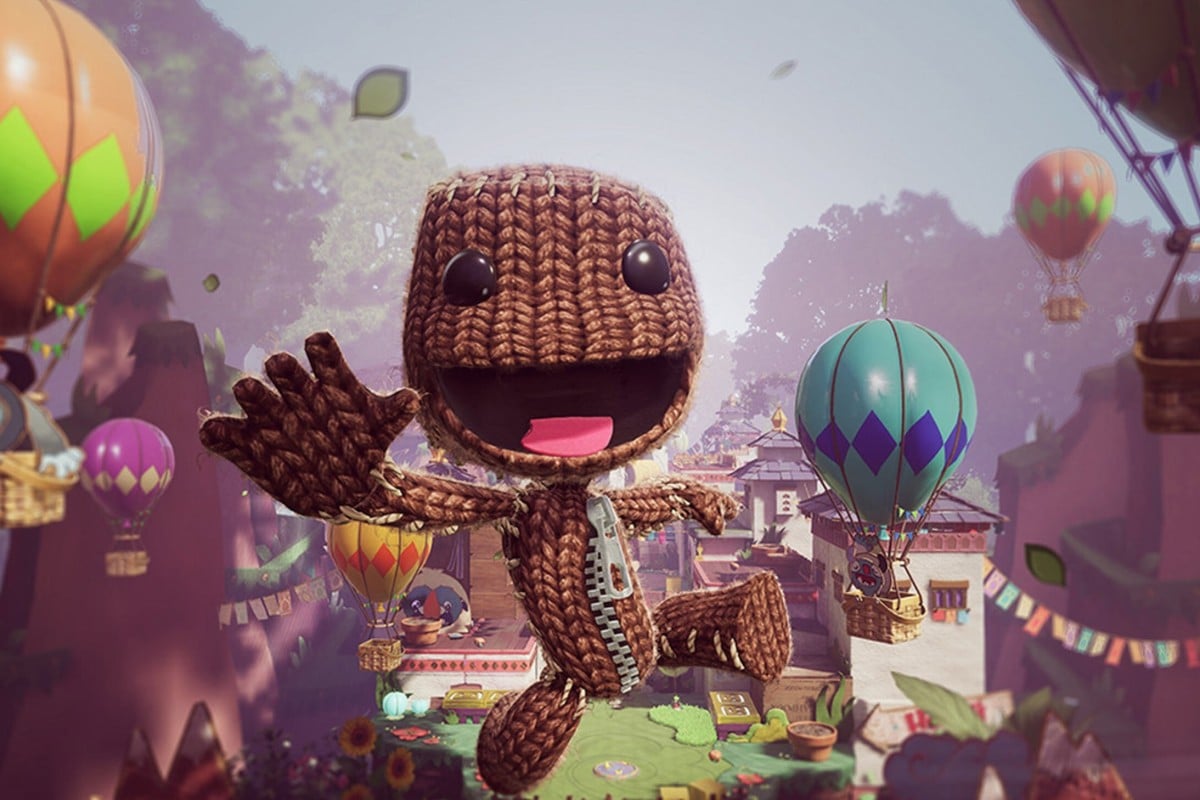 Sackboy: A Big Adventure has many of the aesthetics from LittleBigPlanet. Photo: Sony Interactive Entertainment/TNS)

When a new game console is launched, the accompanying new video titles should have variety. Sony is trying to do that with its titles for the PlayStation 5. On the hard-core end, it published the gorgeous Demon’s Souls remake. To satisfy an older mainstream audience, it brought out Spider-Man: Miles Morales , which is a game that feels new, thanks to the power of the console.

For the family-friendly crowd, Sony released Sackboy: A Big Adventure, by Sumo Digital. The title is a spin-off of the popular LittleBigPlanet franchise and carries over many of its themes though the focus is different. Instead of being a dedicated side-scroller focused on user-generated content, Sackboy moves the game into three dimensions and is focused on a narrative experience.

It’s more akin to modern Nintendo titles such as Super Mario Galaxy. The levels feel handcrafted with construction paper, cardboard and goods bought at a British market, but unlike LittleBigPlanet, they weren’t built using in-game tools. The stages are much more complex for that.

Sackboy will leap across platforms, and slap or jump on top of foes as he and his friends venture through five different worlds on an adventure to rescue the other sack-folk captured by Vex, a villain that sows Uproar around Craftworld. He has forced Sackboy’s friends to build a contraption called the Topsy Turver, a machine that will turn the world into a nightmare.

It’s up to Sackboy to save Craftworld from predictably nefarious plans.

5 games to buy for your new Xbox or PS5

It’s a simple tale of good vs. evil without too many complications. That’s fine, though, because the story takes a back seat to the level design and gameplay, which are both good, even spectacular in some parts. The developers don’t do the best job of teaching players all of Sackboy’s moves, so it’s best to learn them on the fly via the Action Almanac.

Sackboy will have the abilities that fans have come to expect from LittleBigPlanet. He can grab onto sponges and pull on different objects, but for this spin-off, the developers give the title character a Yoshi-like flutter jump and roll.

Spider-Man: Miles Morales for PS5 is worth your time and effort

Once players understand the deeper intricacies of the gameplay, they can read the levels better and find the Dreamer Orbs hidden in each stage. These balls are essentially like stars in the Super Mario games and they let players unlock Uproar barriers that stop them from advancing.

It’s easy to fulfil the quota for each roadblock because Sackboy gives players ample opportunities with Knitted Knight trials, hidden routes and optional levels. During a single playthrough, players won’t have to replay levels several times to grab all the collectibles to advance.

That leaves players to naturally progress through the journey and enjoy the inventiveness of the design. The best stages often have a special power-up tied to each level. They can be as simple as an umbrella that grants Sackboy extra jumping height and lets him float to the ground. Other stages have a sticky goop that lets the protagonist walk on walls.

Call of Duty: Black Ops Cold War is a spy game you won’t want to miss on any console

Further in the campaign, Sackboy will find a grappling hook or pick up a full sci-fi powersuit that lets him hover over gaps and shoot enemies. These tools bring variety to the adventure, but Sumo Digital integrates them into the level design so tightly that they’re both essential 99 per cent of the time and deeply tied to the more difficult puzzles and platforming.

Backing up the whole game is a cheery soundtrack that’s also woven into the best stages. Sackboy uses songs by Bruno Mars and Britney Spears and makes the levels move to the beat of the music. Fiery obstacles will blast flames to the tempo of the songs, and players will have to avoid getting singed. Elsewhere, they’ll travel to other parts of the stages in time to the choruses of the tunes. It’s brilliant mix of melody and game design.

If you’re not on the Among Us bandwagon yet, the holidays will be a great time to start

Although Sackboy does a lot right, it doesn’t take advantage of what the PlayStation 5 can do when compared to Astro’s Playroom, which comes preloaded on the system. Although it activates the DualSense’s haptics, it doesn’t use the adapt triggers or microphone to bring out some a-ha moments players will see in other games. Part of the reason is that the Sackboy is also made for the PlayStation 4, and the features on the older generation hold back what the PS5 version could really do.

Nevertheless, it’s still a solid effort. Sackboy: A Big Adventure has enough collectibles, a fun local co-op mode (online multiplayer will come later) and leaderboard competition that it will hold players attention, but it isn’t as impressive as other PS5 offerings.