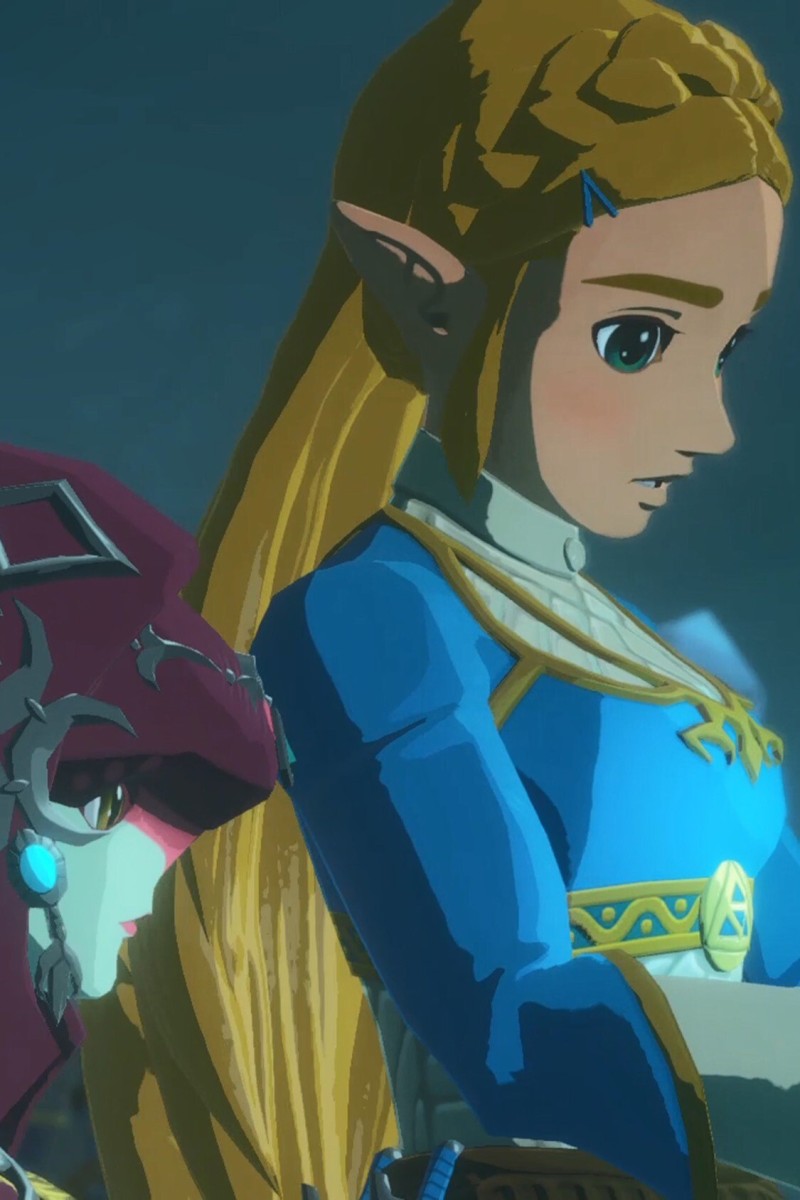 Mipha and Zelda (right) have a shared bond as they venture together with Link and the others in Hyrule Warriors: Age of Calamity. Photo: Nintendo of America/TNS

The worst thing anyone can say about a prequel is that it shouldn’t have been made in the first place. Thankfully that’s not the case with Hyrule Warriors: Age of Calamity,where players uncover a story that’s worth being told. It features the same visual language as its source material, the instant classic The Legend of Zelda: Breath of the Wild, but that foundation is used in a way that will be unfamiliar to longtime fans.

Players shouldn’t expect exploration and clever puzzles. Instead, as the name implies, Hyrule Warriors plays much like the beat-’em-up game Dynasty Warriors. The developer, Koei-Tecmo’s Omega Force, has been making these type of games for decades, with a formula that has been adapted to other franchises such as One Piece, Gundam and Fist of the North Star.

The game starts with Calamity Ganon laying waste to Hyrule. As Zelda’s powers awaken, a diminutive Guardian takes a portal to the past. It ends up 100 years before the events of Breath of the Wild, and the R2D2-like machine joins Zelda, warning her about the future. She embarks on a quest to stop Calamity Ganon by venturing into the other kingdoms and persuading their best warriors to pilot ancient machines called Divine Beasts that have the power to stop him.

Through the game’s seven chapters, Link and Zelda will gather their squad and several extra characters, outfit them with the gear and move forward with the seemingly doomed encounter. Unlike previous efforts, Zelda, not Link, is at the centre of this tale, as she’s the driving force behind gathering the champions and her struggle trying to unlock her potential takes centre stage. Hyrule Warriors is her story, though she may not be in all the missions.

The campaign features a map of a Hyrule that’s dotted with different missions and tasks. Initially, the pickings are sparse, but as players advance the campaign, they multiply deluge the screen with tasks.

The missions take Link and company across familiar terrain but the big difference is that the Hyrule in the prequel and Breath of the Wild are different. This is the land before it’s ruined, and players will run across thriving villages and soaring towers. They’ll also encounter fan favourite characters who are younger and more brash. It adds to the charm of the adventure.

The new game calls back to a previous release, 'The Legend of Zelda: Breath of the Wild."

As for the gameplay itself, combat revolves around mashing the buttons for regular and strong attacks. Players have to efficiently and quickly dispatch foes. Run long enough and the players sprint across the screen. If players have an ally, they can direct them to an important part of the map and switch over when they get there. The most compelling part of combat involves tougher heavies and bosses that require the heroes to pummel them so the Weak Point gauge zeros out, leaving them open to a heavy-damage strike.

Most of the game is spent mashing buttons and finding better ways to defeat enemies. Some of that will come through the leveling process, but players can also power-up their weapons by fusing them with ones they find in each stage. They’ll also discover quests that offer stat boosts but require resources to complete. Players can redo missions to search for the needed materials or they can look for them in shops.

Also, each hero has a different set of attacks and powers, making each one feel unique with their own weapons and tactics. It gives the combat variety and the campaign feels more like an ensemble adventure led by Zelda than anything else.

Gaming, not mindfulness, may be the answer to Covid-19 fatigue

Despite the variety, Hyrule Warriors can grow a little rote, especially toward the end, and the mission whiplash from one character to the next without much buildup or context. It feels like a lost opportunity to understand the relationship between Link, Zelda, Mipha, Revali, Urbosa, Daruk and the other unlockable heroes they meet along the way.

Although these are flaws, Hyrule Warriors: Age of Calamity does one big thing right: It makes you want to jump back into The Legend of Zelda: Breath of the Wild. The prequel hits the right notes for fans by scratching that nostalgia itch and scraping the inner lining of their Zelda memories. Players will be battling a horde and the setting will take them back to the grander adventure as they hunt for the hidden story, tragedy and surprise behind the beloved original.