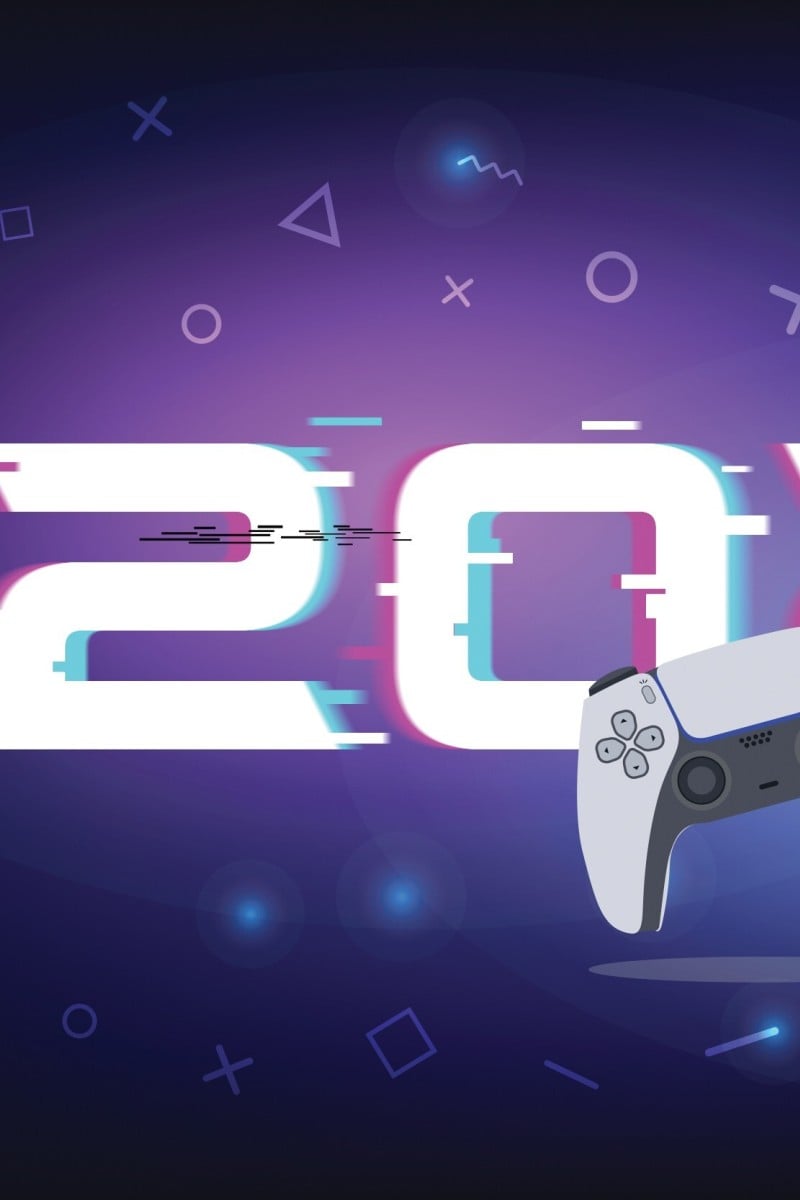 The 10 best video games of 2020, from ‘Animal Crossing: New Horizons’ to ‘The Last of Us Part II” In a pandemic year, play was a critical storytelling medium

1 hour ago
Letters to the EditorsSocial issues

2 hours ago
Your VoiceHong Kong 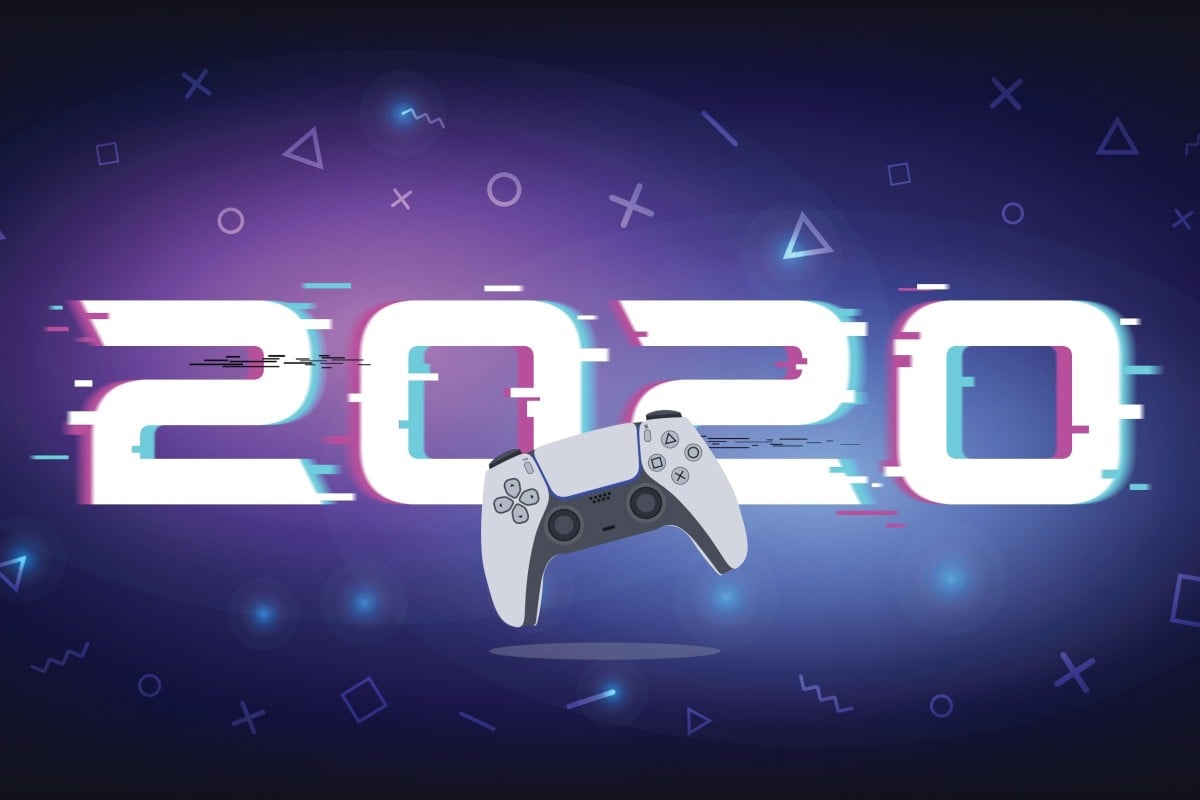 What was your best gaming experience of the year?

With two massive new gaming consoles released this year – Sony’s PS5 and the Nintendo’s XBox S and X Series – there were also some hugely anticipated games. But it wasn’t always the blockbuster titles that made an impact.

The best games this year didn’t just tell great stories and demonstrate creative gameplay, but provided a deep sense of community. Despite all the tough times of 2020, we’ve definitely learned to appreciate the importance of togetherness and caring for those around us.

No game mattered as much to 2020 as Animal Crossing: New Horizons. Heading into the year, it was certainly a hotly anticipated title, but what was unexpected when it was released in March was how the friendly, approachable Nintendo franchise became the balm that so many of us needed, and the sense of connectivity that we were suddenly lacking.

With daily tasks and a workmanlike approach, Animal Crossing games have always been about routine, but the island setting of the latest allowed us to create and share outdoor paradises that transported us to a simpler, more imaginative world.

New Horizons became a place to hang with our friends, a virtual gathering where comfort is always the priority over competitiveness. No wonder the game was adopted and championed by art institutions, political campaigns, and players and non-players alike who saw it as a safe way to creatively interact. It’s a game that wants to hug its players rather than challenge them, and that’s one of the many reasons it’s the game of 2020.

Don’t make the mistake or writing off this toy as a novelty. Also don’t err by thinking Mario Kart Live: Home Circuit will or should provide the depth of a Mario Kart experience. I think it does something even more powerful.

The lessons of this augmented reality-enhanced game, which requires a Nintendo Switch, should live well beyond our pandemic year. Rare is the game that comes to us, that meets us where we’re at, and then asks us to look at our surroundings differently. To view a setting so familiar – our homes – from a new and curious perspective. Mario Kart Live: Home Circuit is a reminder that play is a medium that gives us the tools to see the mundane with a sense of wonder.

The pitch is simple: a remote control toy go-kart with a camera turns our home, when viewed through the Switch, into Mario Kart courses. Sure, you may drive straight into a rubbish bin or get a wheel stuck in rug, but the shift in viewpoint is never less than enchanting.

The pandemic, via Zoom and Google Classroom, has brought more people into our homes than ever before, at least for those of us not using virtual backdrops. It’s also brought up more conversations than ever about why we have the things we have in our homes.

I Am Dead is a more magical version of that inward quest. This lovely, quaint and very British game has us inhabiting an inquisitive – and expired – small-town museum curator as he seeks to learn more about the ghosts that pervade the small town he lived in and forever loved. Nothing in I Am Dead is sad; this is a work that simply wants us to ask questions about where, and hwo, we find meaning. And it has a talking dog.

An Instagram game that ran for three weeks – it’s still online at arcana-game.com – Arcana was the best sort of alternate reality game, one that established boundaries, forged intimacy, and let story drive the action.

There were plenty of puzzles, but the project never felt “gated”; that is, it understood that we use social media to make connections with others, and sometimes, often, those connections prove to be false.

More important, Arcana was the kind of project that was conceived during the pandemic, and meant for the pandemic, but also transcends it. Anyone with an Instagram account could play, and they could do so at their level of involvement without feeling lost. Sure, the main character of Jade (Nerea Duhart) didn’t always make the smartest choices, but that’s par for the course this year. Arcana worked because it understood that we look for stories in chaos.

You may have been tempted to stop playing this one. This game is relentless in its presentation of violence and cynicism, as the PlayStation 4 title – one of the final games of the just-wrapped PS4 console generation – shows mostly contempt for all of us and our ability to destroy the world. So yes, it’s dark.

But you may also have felt compelled to see it to its end. When all was said and done, the game from Naughty Dog put the emphasis on human flaws, even if it illustrated them by showing us emotionally difficult extremities. It’s challenging to play through, but it’s also a triumph in environmental storytelling, especially for those who want to spend the time to understand what its main characters are thinking.

Blaseball is vague. The free, web-based game (blaseball.com), uses the language of baseball game box scores – in fact, that’s pretty much all it uses – and asks players to do the rest. We can influence the world by voting on often-absurd choices, which are sometimes very supernatural in nature, but Blaseball is an ongoing experiment in community involvement.

Yet not in the standard video game way, where systems and controls will overwhelm. Blaseball lives in our web browsers, asking us only to pretend and communicate. For those who play, it can exist in the background, running autonomously while we dream up backstories. For newcomers, welcome. Don’t be overwhelmed. Here there are no written – or unwritten – rules that aren’t meant to be broken.

7 Ori and the Will of the Wisps (Xbox consoles, Nintendo Switch)

Sometimes you don’t even need to play this game. Just turn it on and treat it as if it’s a living painting.

The game really is that beautiful, its mystical, twilight forests full of warm light, tranquil colours and odd creatures. Some of them are foreboding, causing Ori to flash brightly in pain when encountering them. Each time you hear that little yelp, it’s hard not to feel a tinge of sadness.

This affecting game can fool us into believing it’s an interactive animated film. Ori, a shimmering creature with wave-like fur and wide, probing eyes, is lost in a world that packs as much wonder as it does danger. And there’s plenty of the latter, as “Will of the Wisps” is an awful mighty challenge. But as we move backward, forward, up and down amid its world, we’re likely to be as amazed as we are stumped.

It’s weird to forge deep connections with fictional characters, but with the new normal anything goes. Kasio lives only in If Found ..., a lovely vignette of a game that, if you play on a mobile devices or a Nintendo Switch, invites us to touch the screen.

Doing so doesn’t really forge an attachment, of course, but it provides the illusion of doing so as our fingers move left and right as a virtual eraser while we advance through Kasio’s relationships and diary.

We’re connected to Kasio for only a short time in her life, but If Found ... wants to show us her most personal thoughts, as well as her fears, her insecurities and her regrets. When we swipe the screen, we erase memories. Or we think we do. If Found ... is a game about moving on, telling its story by providing a brief glimpse into the mind of another. Thus, the more we absorb and help Kasio forget her past, the more we’re invested in what her future can be.

9 The Under Presents: Tempest (Oculus Quest/Rift)

One of the most exciting projects in VR is The Under Presents, and this year the studio behind the experimental project took on The Tempest. No, it wasn’t a full interpretation of the Shakespeare classic, but how long can you really spend in a VR headset?

Instead, for a limited run, game developer Tender Claws gave us a timely show that was tucked inside The Under Presents. Here, we met a live actor who was struggling to manage the responsibilities of an acting gig amid the pandemic.

Throughout, we could snap our fingers in the hopes of casting spells, use grand gestures to re-enact scenes from The Tempest or simply flail around like goofballs. All of the above resulted in feeling like we were somewhere else.

In a way, Spiritfarer is a complement to Animal Crossing: New Horizons. It infuses the calm of the former with more direct game-like tasks. We build a boat, hunt for resources and try to appease our shipmates.

Only here, those sailing with us are likely people we met, at least when they were alive, and we have to get to the bottom of what is making them restless when they’re dead.

This has been a difficult year for a lot of us. Spiritfarer was a reminder that everyone we meet is probably going through something. It also emphasised how if we truly want to get to know someone else, we have to actually care for them.