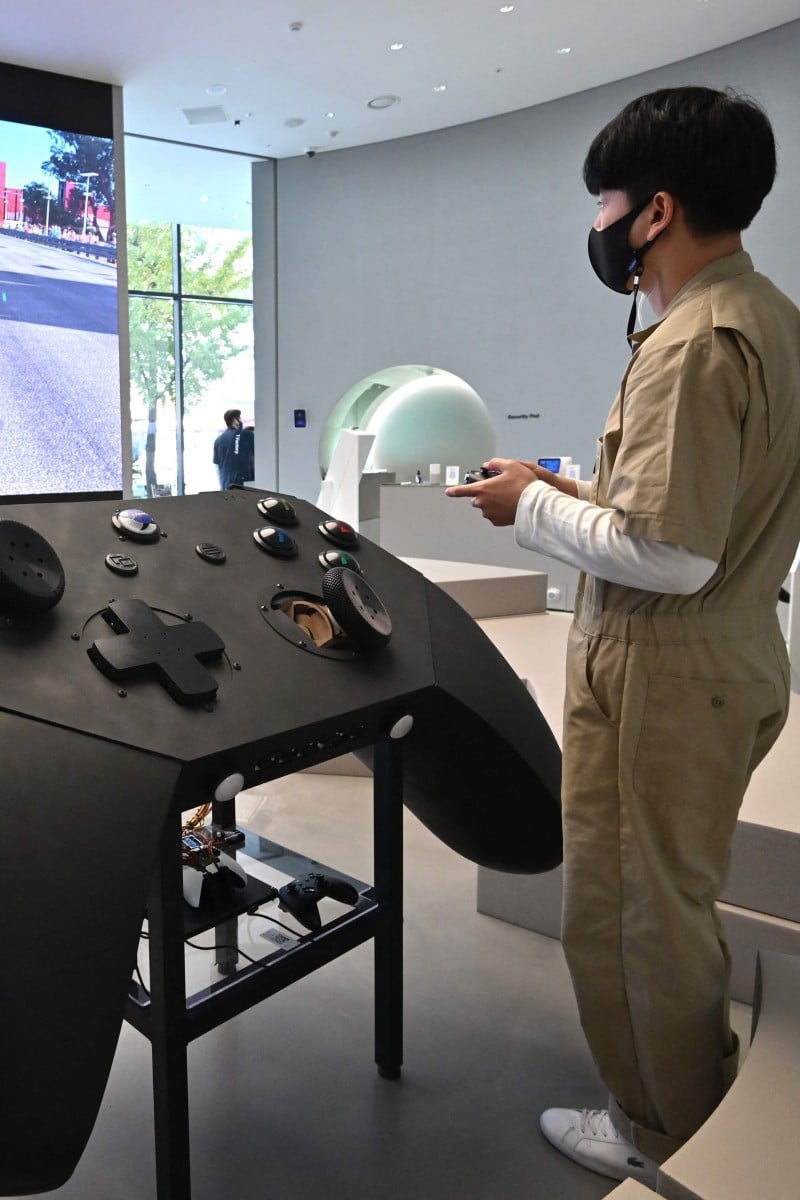 A staff member plays a game in front of an oversized mock-up of an Xbox controller at a flagship store of SK Telecom in Seoul. Microsoft unveiled a batch of new titles for Xbox at E3 on Sunday. Photo: AFP

The Xbox maker showed off 30 new games coming to its console, which in November will celebrate two decades on the market.

“Our team strives to make Xbox a place where you’ll find the greatest games, the most dedicated developers, and the most passionate community,” unit chief Phil Spencer said during a streamed event on the second day of a virtual Electronic Entertainment Expo (E3).

Could New Pokemon Snap be this summer’s game?

Microsoft revealed a coming take of the beloved game Halo, along with new titles such as science-fiction action game Starfield and a vampire-battling adventure called Redfall from Bethesda Softworks, maker of hits like Fallout and Elder Scrolls, which Microsoft recently acquired.

As trailers showed tense battles and the games’ rich graphics, Microsoft stressed that all but a few would be available for play on its subscription Xbox Game Pass service.

The company also highlighted titles that will be exclusive to Xbox, which competes with rival consoles Sony PlayStation and Nintendo Switch.

Microsoft said it is working on software to let people play Xbox video games on internet-linked televisions without a console. Photo: AFP

Hades has so far only been available for play on personal computers and Switch.

Hades, which snagged five honours this year at Britain’s prestigious BAFTA Games Awards, is a “dungeon crawler” that challenges players to fight their way through the underworld.

The line-up of new titles comes as Microsoft develops software and a plug-in device that will allow people to play Xbox video games on internet-linked televisions without needing a console.

“As a company, Microsoft is all-in on gaming,” chief executive Satya Nadella said while introducing the plan last week.

It also announced that cloud gaming with Xbox Game Pass Ultimate subscriptions through internet browsers Chrome, Edge and Safari will be available within the next few weeks.