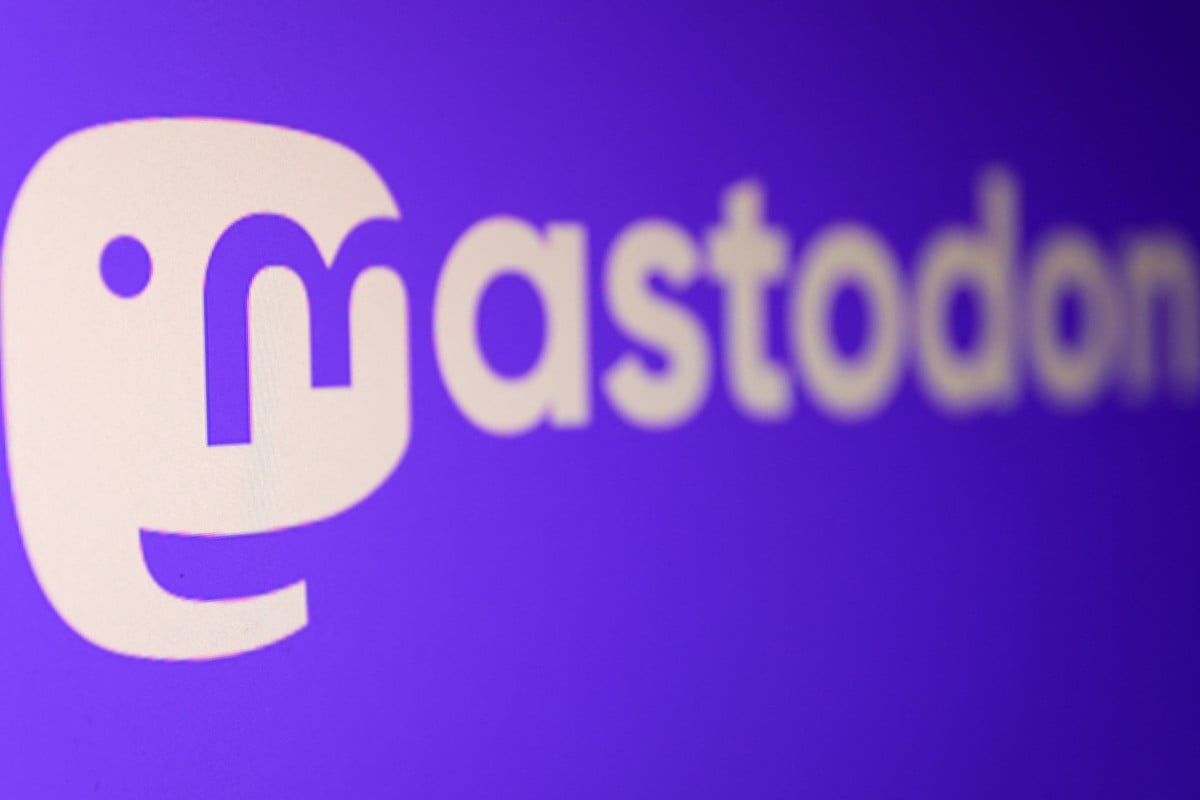 Mastodon is emerging as a popular alternative to Twitter after Elon Musk’s takeover of the social media platform. Photo: Reuters

With Twitter in disarray since the world’s richest person took control of it last week, Mastodon, a decentralised, open alternative from privacy-obsessed Germany, has seen a flood of new users.

“The bird is free,” tweeted Tesla mogul Elon Musk when he completed his $44 billion acquisition of Twitter. But many free-speech advocates reacted with dismay to the prospect of the world’s “town square” being controlled by one person and started looking for other options.

For the most part, Mastodon looks like Twitter, with hashtags, political back-and-forth and tech banter jostling for space with cat pictures.

But while Twitter and Facebook are controlled by one authority – a company – Mastodon is installed on thousands of computer servers, largely run by volunteer administrators who join their systems together in a federation.

People swap posts and links with others on their own server – or Mastodon “instance” – and also, almost as easily, with users on other servers across the growing network.

The fruit of six years’ work by Eugen Rochko, a young German programmer, Mastodon was born of his desire to create a public sphere that was beyond the control of a single entity. That work is starting to pay off.

Mastodon calls itself a “federated social network” – users can choose join “servers” instead of signing up for an account on a website. Photo: Reuters

But the jump in Mastodon users in a matter of days has still been startling. “I’ve gotten more new followers on Mastodon in the last week than I have in the previous five years,” Ethan Zuckerman, a social media expert at the University of Massachusetts at Amherst, wrote last week.

Before Musk completed the Twitter acquisition on October 27, Mastodon’s growth averaged 60-80 new users an hour, according to the widely-cited Mastodon Users account. It showed 3,568 new registrations in one hour on Monday morning.

Rochko started Mastodon in 2016, when rumours were spreading that PayPal founder and Musk ally Peter Thiel wanted to buy Twitter. “A right-wing billionaire was going to buy a de facto public utility that isn’t public,” Rochko told Reuters earlier this year. “It’s really important to have this global communications platform where you can learn what’s happening in the world and chat to your friends. Why is that controlled by one company?”

There is no shortage of other social networks ready to welcome any Twitter exodus, from ByteDance’s TikTok to Discord, a chat app now popular far beyond its original constituency of gamers.

Mastodon’s advocates say its decentralised approach makes it fundamentally different: rather than go to Twitter’s centrally-provided service, every user can choose their own provider, or even run their own Mastodon instance, much as users can email from Gmail or an employer-provided account or run their own email server.

No single company or person, can impose their will on the whole system or shut it all down. If an extremist voice emerged with their own server, the advocates say, it would be easy enough for other servers to cut ties with it, leaving it to talk to its own shrinking band of followers and users.

How to have a healthier relationship with social media

The federated approach has downsides: it is harder to find people to follow in Mastodon’s anarchic sprawl then on the neatly ordered town square that centrally administered Twitter or Facebook can offer.

But its growing group of supporters say those are outweighed by the advantages of its architecture.

Rochko, whose Mastodon foundation runs on a shoestring crowdfunded budget topped up with a modest grant from the European Commission, has found a particularly receptive audience among privacy-conscious European regulators.

Germany’s data protection commissioner is waging a campaign to get government bodies to close their Facebook pages, since, he says, there is no way of hosting a page there that conforms to European privacy laws.

Authorities should move to the federal government’s own Mastodon instance, he says. The European Commission also maintains a server for EU bodies to toot from.

“No exclusive information should be sent over a legally questionable platform,” data commissioner Ulrich Kelber said earlier this year.

While Mastodon is busier than ever before, it still has few of the big names from politics and showbiz that have made Twitter an addictive online home for journalists in particular. Few know comic Jan Boehmermann – Germany’s answer to John Oliver – outside his country, but more names are arriving daily.

For Rochko, the project’s only full-time employee, programming at his home in a small town in eastern Germany for a modest 2,400 euro ($2,394.96) monthly salary, the work continues.

“Would you believe me if I told you I’m extremely tired?” he tooted on Sunday.