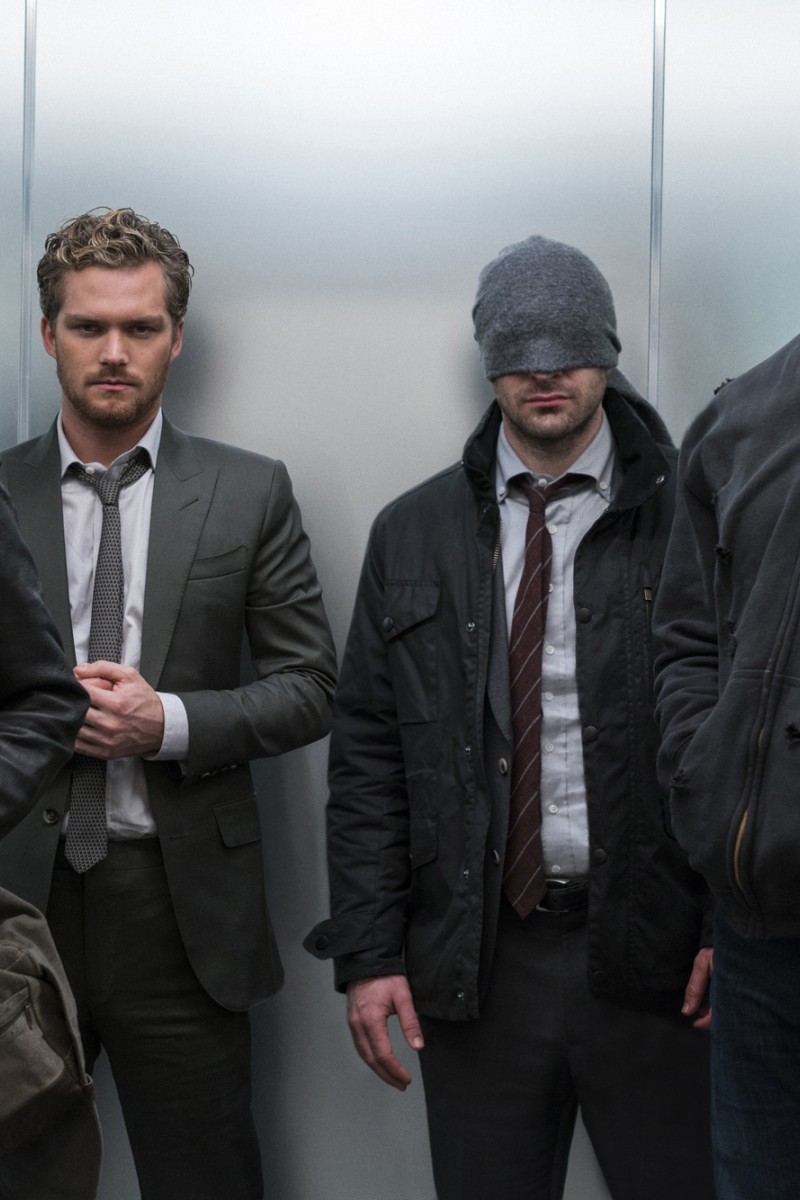 The small-screen Avengers: despite minor flaws Netflix's The Defenders is worth binge-watching this weekend [Review] 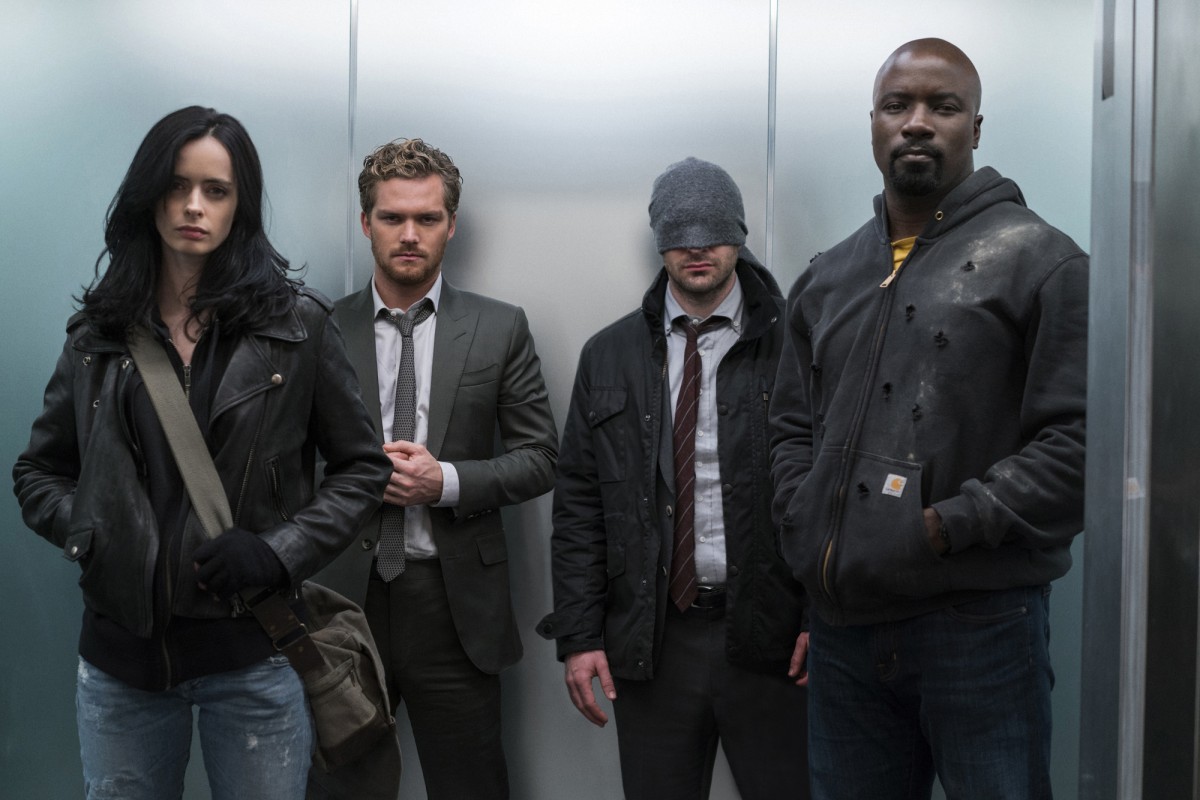 A collection of unlikely and reluctant heroes.

The Defenders are here, and they’re teaming up to fight a common foe. Most likely after a good deal of heads butting, egos raging, eyes rolling, and screaming, though.

The series just premiered on Netflix, and - without giving away any major spoilers - here’s what we think:

Of course, it helps if you’ve previously watched Daredevil, Jessica Jones, Luke Cage and Iron Fist, but if you missed any of them or have never seen a Marvel-Netflix collab before it’s still okay. The pilot episode introduces each Defender with a smoothly incorporated recap of who they are and where they were at the end of their own shows. Not only does this give loyal fans a quick reminder of everyone’s past, it gives new viewers an idea of everyone’s powers and personalities.

Initially, the creators kept to each of the four shows’ distinctive colour palettes, camera work, music and editing styles to indicate these are four separate characters. And maybe also to foreshadow their fundamental incompatibility. It’s a clever technique, but it does get under your skin a little in that something-feels-off-but-I-can’t-quite-put-my-finger-on-what-it-is kind of way.

The way the Defenders come together is also very specific to their character’s personality. Danny Rand (Finn Jones) walks head-on into trouble, is joined (and rescued) by Luke Cage (Mike Colter) who smashes into the fray because his quest to help a dear old lady in his neighbourhood leads him to the same address. Jessica (Krysten Ritter) finds herself entangled in a case she can’t turn away from, which - what a coincidence! - also results in her arriving minutes after Luke, and Matt (Charlie Cox) gets dragged in just because he was tailing Jessica to try to convince her not to meddle in Very Bad Things she knows nothing about.

The fight sequence that gives birth to the Defenders is very good, but definitely not Marvel’s best. Set in the hallways of a minimalist office building, it’s a clean palette that works well with so many bodies in it. However, the camera work and editing, which by this time is much more uniform, lacks the flow of a truly well-executed fight sequence that moves seamlessly among an ensemble cast. Sometimes it’s to do with the speed, and sometimes the inconsistency in distance and perspective; it just could have been better. After that it’s fine, but for their first ever scene together it’s a touch disappointing.

Daredevil, Jessica Jones, Luke Cage and Iron Fist all had their flaws, whether it was in the writing or performance. But Iron Fist definitely received the most criticism. Aside from accusations of whitewashing, despite the character never having been Asian in the original source material, the casting of Jones in the role, production value of the series - which seemed shoddy by Marvel standards - and the weak writing were blasted by audiences and critics alike. Sadly, Danny Rand is still the weakest character of the super team.

The series take its time bringing the four together, and in that time Danny is overwhelmingly broody, guilt-ridden, zealous, and a tad self-righteous. By the time the four characters meet, fight their way out of a tricky situation, and escape to a Chinese restaurant to lay low, however, Danny’s personality does an abrupt and not entirely believable 180-degree turn.

For example, he manages to convince the restaurant owner to let them use his establishment as a hideout by promising to order four of everything on the menu and paying the restaurant’s rent for the next six months. Not only does this seem so impossible, it stinks of his privilege. Also, thus far he’s been painted as a moody and tortured soul with little consideration for most people. Where did he suddenly acquire the charm to convince someone to let four complete strangers use his restaurant as a refuge? After they had barged in at closing time and moved furniture about to block the front door, no less.

Even on the run you must find time to eat...
Photo: Netflix

This new chirpy, eager Danny then tries to convince his new super friends they need to work as a team, which doesn’t connect with Jones’ earlier portrayal of the character. Unfortunately, with a performance this inconsistent it wouldn’t be surprising if Danny’s solo scenes are the ones audiences may wish to skip. Also, stop saying, “I’m the Immortal Iron Fist.” It sounded ridiculous the first time.

Thankfully, his three super friends haven't lost their charm. Jessica is a tad more subdued to start with than the wise-cracking, butt-kicking, devil-may-care anti-heroine we're used to, but her zest quickly returns the instant she feels someone is trying to tell her what to do. By the time the four are hiding out in the Chinese restaurant, her snark is back full force. It was also very nice to see there's no awkwardness between her and Luke despite their history (her killing his wife ... and then trying to hide the fact from him) and, hopefully, the series will feature at least one fantastic fight scene with these two working together like they did in Jessica Jones.

Luke as a character in The Defenders isn't that different to when he was in his individual series. He's still a lovable teddy bear who happens to be indestructible. Fresh out of prison, all he wants really is to go back to his life and keep his head down. But there's no such luck for Harlem's hero, and he's now recognised everywhere he goes. This results in a few funny scenes in which his mere appearance leave people star-struck. His primary concern is still to take care of his neighbourhood and the people in it, but when the people in it are prone to being manipulated by corrupt powers, this could get very messy very quickly.

Out of the four, Luke has the strongest link to Claire Temple (Rosario Dawson) and there is a simple rule in any superhero show or movie: those the good guys love or care about are often at the top of the villain's kill list. Let's hope this isn't true for Claire.

The most reluctant hero of all in this team is maybe Matt. He's as torn as ever between being a normal (as normal as a blind ninja can be) guy or Daredevil, and the struggle is real with him. Cox offers an emotional performance that makes his internal turmoil feel very tangible, and his quiet strength is clearly bubbling just under the surface. His initial meeting with Jessica is hilarious, but other than that, a quick coffee with Karen Page (Deborah Ann Woll), and a brief confession, Matt is so very alone. It's clear he's very keen to make a fresh start and leave the Devil of Hell's Kitchen behind, if only for a bit and with much resistence; but it may not be up to him. Especially considering ...

Unless you missed every single trailer, the following shouldn’t be a surprise for you. But if you did miss all the trailers and wish to be surprised: mini spoiler alert!

Matt’s girlfriend Elektra (Elodie Yung), who died and was exhumed at the end of Daredevil season two is alive. Through a mysterious and bloody (literally) ritual orchestrated by The Hand, she returns from the dead as Black Sky, a super assassin devoid of any emotions, memory or personality. She’s now a dangerous pawn easily manipulated by Alexandra (Sigourney Weaver), the series’ primary villain.

Surely, Yung’s deadened portrayal of Elektra is a deliberate contrast to her feisty character in Daredevil. But the blank and insecure look that sees her through every scene as Black Sky does get old quite quickly.

Thankfully, her training sequences are very well choreographed and visually engaging, but so far, Matt’s reaction to his girlfriend back from the dead is more interesting to watch. Maybe she’ll warm up soon. Let’s hope.

Speaking of the villain, even from episode one it’s clear we’re going to get an amazing one in Sigourney Weaver’s Alexandra. She’s one of those fabulous baddies who’s always in control, always ten steps ahead, always developing plans you’ll never see coming, and always effortlessly cool and vicious. Alexandra doesn’t bat an eyelid when a handful of her own people die training Black Sky, (“training” is a loose term; it’s more being annihilated by her) and walks into the Defenders’ hideout to chat like it’s #nbd. But she’s also a complicated villain: as we’re introduced to Alexandra, she’s a well-dressed and sophisticated lady being told she only has months to live, but she deals with this news calmly, and we next see her issuing orders to Madame Gao (Wai Ching Ho) like a boss.

However, this begs the question: why does she want to see the city fall? Like all villains, she has a certain measure of self-righteousness and purpose to her character, but what’s the point when she’ll be dead in the near future? And what does she want to do with Black Sky under her control? This complexity promises ample screen time to give the audience a chance to unravel this fascinating character. (Yay!) She also boasts a stunning wardrobe that’s primarily white, which is a neat metaphoric juxtaposition of her dark and evil nature.

It’s a good thing this show is premiering on a Friday. Now we have all weekend to binge it. Stay hydrated, everyone!