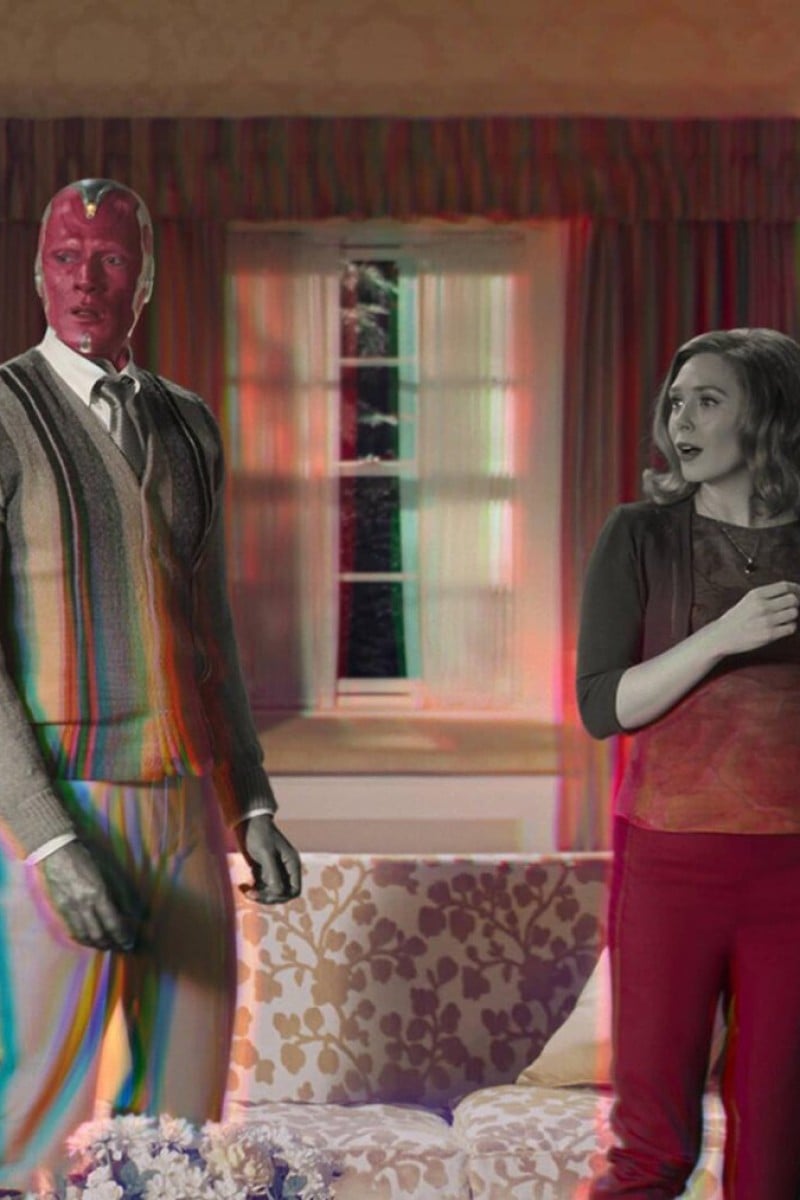 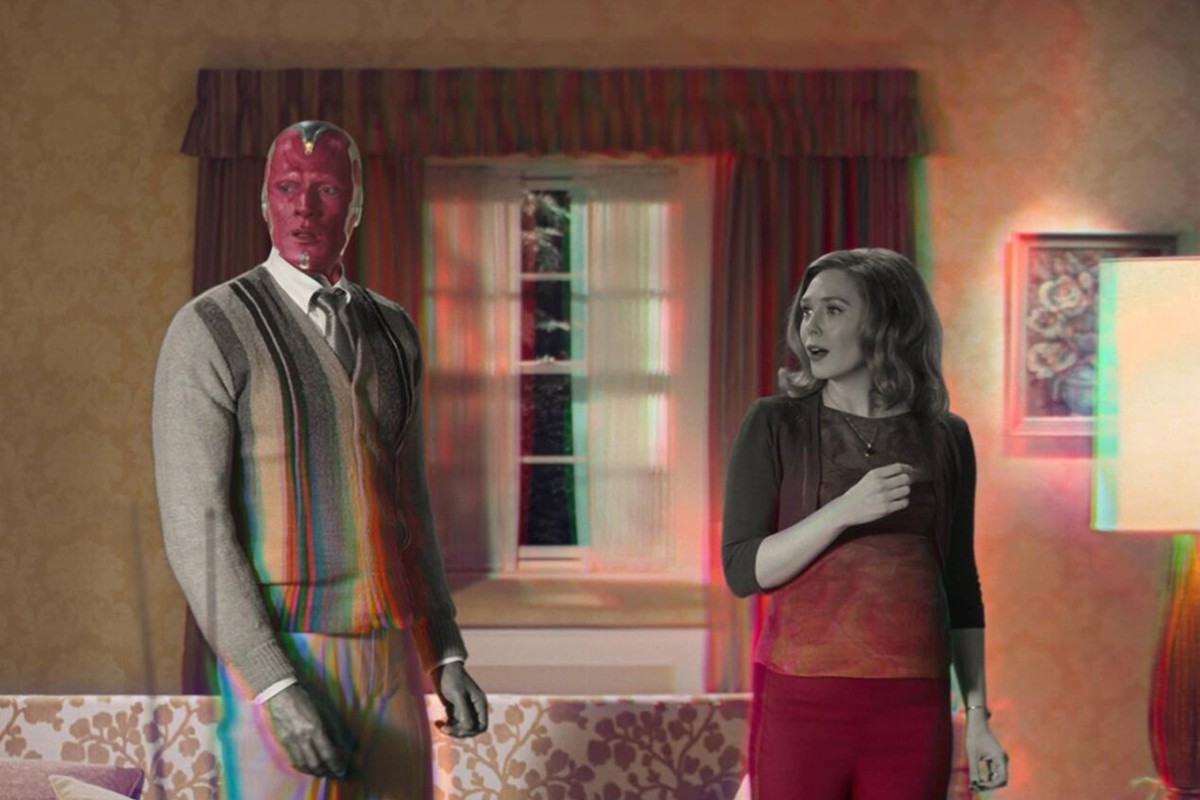 The Marvel Cinematic Universe is taking some of its stars to the small screen, starting with Disney+’s WandaVision stars Elizabeth Olsen and Paul Bettany as Avengers heroes Wanda Maximoff/Scarlet Witch and Vision.

It’s the first live-action Marvel series made for Disney+, a more A-list and heavily promoted outing than the handful of shows with lesser-known film heroes that have populated series since Marvel first dipped into TV with Agents of S.H.I.E.L.D. in 2013.

It also more directly relates to the Marvel movies, akin to required summer reading for comic book devotees. (The stars of WandaVision have hyped it as a necessary watch before the upcoming Doctor Strange film.)

The nine-episode series opens in black-and-white with a 1950s sitcom-style theme song. Vision and Wanda are newlyweds driving to their new suburban home with some unique hijinks. For those unfamiliar with the heroes, the pair were introduced in 2015’s Avengers: Age of Ultron: Vision is an android with powers including strength, phasing and flight, and Wanda is a powerful “witch” who can move objects and alter reality.

Here, Wanda’s powers are dulled down to an adorability akin to that of Samantha in 1960s sitcom Bewitched (her signature spell-casting move was a nose wriggle), and android Vision, occasionally seen with Bettany’s own face, cracks jokes about how “definitely human” he is.

The first episode plays out like a superheroic version of an episode of typically upbeat 1960s sitcoms like The Dick Van Dyke Show, as the couple entertains Vision’s new boss and his wife at a dinner party, while a nosy neighbour pokes her head in at inopportune moments.

It’s only near the end of the first half-hour episode that the series even hints that it’s anything other than a glossy sitcom spoof.

The next two episodes follow in much the same pattern, each jumping ahead a decade in sitcom history. For the 1960s outing, the theme and the couple’s house is a riff on Bewitched; for the third, 1970s-themed episode, the world turns to colour and the house has its own version of the iconic Brady Bunch staircase.

With each instalment, a few more cracks in the sitcom facade appear, but the bigger mystery is unveiled at an excruciatingly slow pace. In the second episode, Teyonah Parris is introduced as mysterious neighbour Geraldine, but those who have been following Marvel casting news will know there’s more to her than that.

Teyonah Parris (right) shows up in Episode 3 ... but what’s her story? Photo: AFPThe third offers some tantalising peeks at what might really be going on but stops short of explaining it. As a weekly series, it’s an aggravating and unsuccessful structure.

The series also has a barrier to entry for casual fans. Unlike The Mandalorian, which someone with only a smattering of Star Wars knowledge can enjoy, WandaVision relies on knowledge of both its main characters and the greater Marvel films.

Even more enthusiastic fans might struggle to place the series in context: if you saw Avengers: Infinity War years ago, you might not remember that Vision died, making his appearance even more intriguing.

The best thing about WandaVision is the charming lead actors’ ability to let loose. The actors are having fun and showing off their performance skills, not always possible in feature films with 15 other superheroes, fight sequences and supervillains.

Where were all the Marvel superheroes before Avengers: Infinity War ?

In Infinity War, the romance between Wanda and Vision was an important plot point but had little screen time. Under such circumstances (and so much makeup for Vision), the actors had a hard time selling their love story and their chemistry.

In WandaVision, there is no question that the pair has chemistry, or that Olsen is a bonafide star. She is hilarious and magnetic, and her 1950s affect is particularly amusing as she spouts zingers. There’s an argument to be made that a more interesting series (probably not made by Marvel) here that focuses only on sitcom spoofs, even though after three parodies in a row, some of the jokes begin to feel a bit repetitive.

The small-screen Avengers: Netflix’s The Defenders is worth binge-watching

But maybe that’s the problem with the show: it’s too attuned to its corporate responsibility to tie into the films and other TV shows to focus on being its own TV show. TV writers often hype their shows as “10-hour movies”, admitting from the word go that they believe the cinema to be the higher form of art. But there are beautiful, transcendent stories to be told on television that celebrate the medium. For a series that purports to be a love letter to one of TV’s most classic genres, the sitcom, it struggles to claim an identity as a TV show at all.

But hey, maybe there will be some cool fight scenes later.