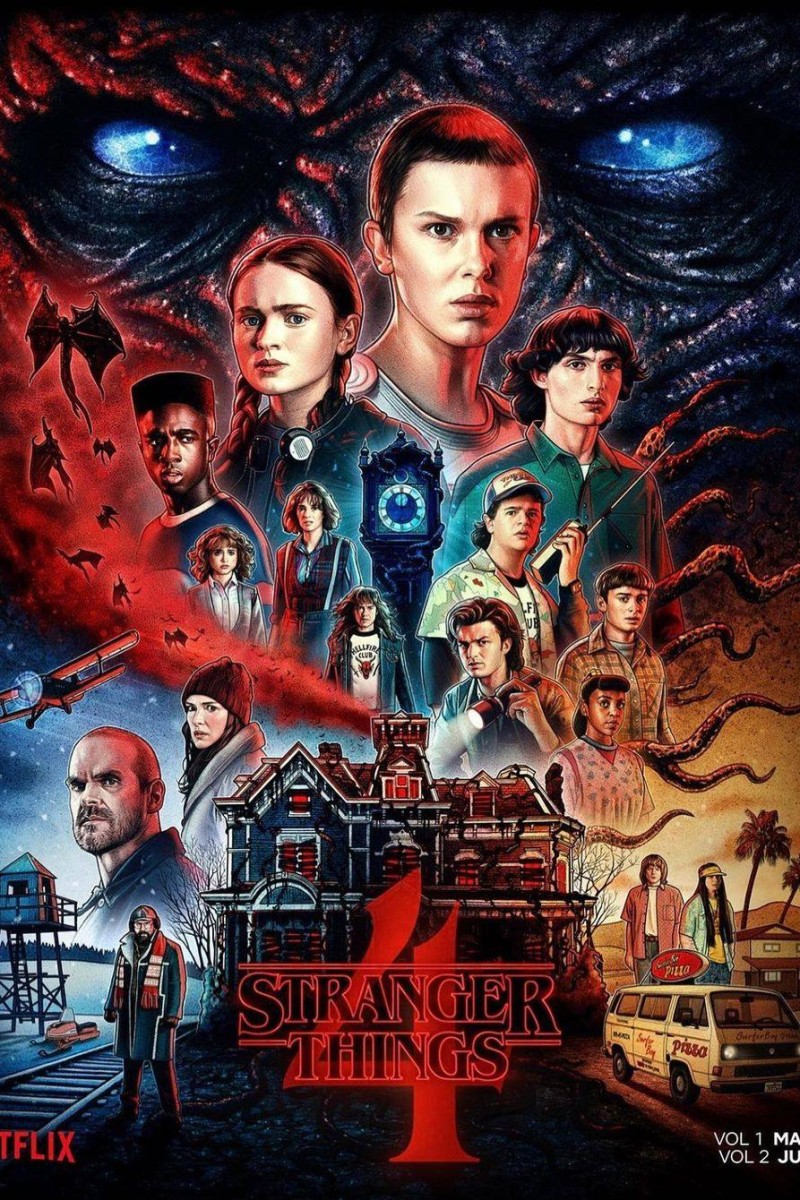 ‘Stranger Things’ Season 4 finale recap: Who died? What does it mean for Season 5? (spoiler alert!) 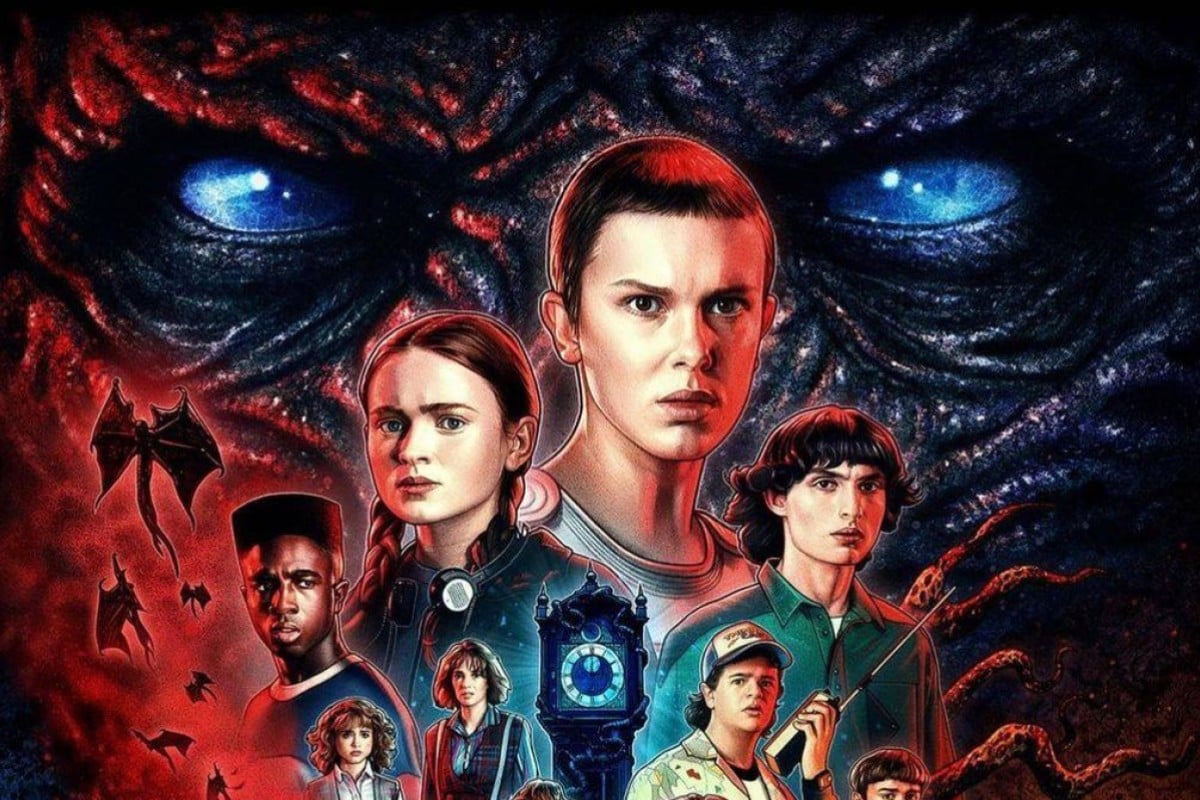 Here’s a recap of what happened in the “Stranger Things” season four finale. Photo: Netflix

Spoiler alert! The following contains details from the Stranger Things 4 finale, Episodes 8 and 9.

You can stop holding your breath! Steve didn’t die!

The final two episodes of Season 4 of Netflix’s Stranger Things (streaming now) sent fans into a frenzy of uncertainty over whether their favourite character will live to see another season. Fans of Steve (Joe Keery), Robin (Maya Hawke) and Dustin (Gaten Matarazzo) can now breathe a sigh of relief.

The same unfortunately can’t be said for lovers of Eddie Munson (Joseph Quinn), the free-spirited unapologetic leader of the HellFire club that fans have cherished since the season premiere.

Take a look at our review of Season 4, Part 1

In a heroic effort to distract the demogorgons so his friends could kill Vecna (Jamie Campbell Bower), Eddie meets his demise after being brutally murdered in the Upside Down. Dustin screaming at the loss of his friend and idol – moments after Eddie told him to never change – made the scene all the more heartbreaking. Dustin tells Eddie’s uncle that he died a hero and stayed true to himself.

Meanwhile, Max (Sadie Sink) came close to joining Eddie in the afterlife after being possessed and nearly killed by Vecna/Henry/001.

Showrunners Matt and Ross Duffer, who wrote and directed both episodes, temporarily convinced fans that Max was dead as Lucas (Caleb McLaughlin) shrieked and held her body. After Max’s heart stopped beating for a minute, Eleven (Millie Bobby Brown) used her powers to bring Max back to life.

The end of Episode 8 includes the death of Eleven’s twisted “Papa” aka Dr Martin Brenner (Matthew Modine), who is shot repeatedly by military soldiers sent to kill Eleven, and who eventually kills them by crashing their helicopter to the ground.

After realising she is supposed to be the fourth victim to open a gate from the Upside Down to Hawkins, Max volunteers to be bait for Vecna. She takes off her headphones so Vecna can possess her mind while Nancy, Steve and Robin try to burn his body.

Eleven helps Max by fighting Vecna in the Upside Down while her body is in a tub at a Surfer Boy Pizza restaurant across the country, with Mike (Finn Wolfhard), Will (Noah Schnapp), Jonathan (Charlie Heaton) and Argyle (Eduardo Franco) assisting her.

To make matters worse, Jason (Mason Dye) threatens to ruin the plan by holding Lucas at gunpoint and demanding he wake up Max, convinced that all the killings going on are related to Lucas and his friend’s HellFire club. Lucas brawls with Jason, fighting for his and everyone else’s life before managing to knock Jason unconscious.

The best horror films for beginners

Vecna almost defeats Eleven, trapping her and forcing her to watch as he tries to kill Max, but Will’s words of belief and vulnerability enable Eleven to triumph. Steve and Robyn succeed at burning Vecna’s physical body while Nancy fires at him with a shotgun, defeating him at last (or at least for this episode).

Joyce and Hopper make it home to Hawkins and reunite with their children.

Thankfully, Vecna is gone ... or is he? Photo: YouTube

What to expect from Season 5

Season 4 ends with Hawkins enduring mass destruction caused by Vecna’s gate to the Upside Down. The characters see particles floating everywhere, flower fields dying and dark clouds with red lighting consuming the town as Vecna succeeds at opening the gate.

With a death toll of 22, hospitals flooded and many residents still missing, it’s clear the characters are in for one last wild ride for the final season.

Max remains in a coma surrounded by friends, with doctors unsure if she will ever wake up again. Eleven grabs her hand and appears to try to communicate telepathically. Yet with her technically still living, fans can hopefully see her wake up in Season 5.

During Mike and Will’s conversation, Mike says Eleven isn’t used to losing the way she did with Vecna, and Will tells him that she will have another chance.

“Now that I’m here in Hawkins, I can feel him and he’s hurt. He’s hurting but he’s still alive,” Will tells Mike. “He’s not going to stop ever. Not until he’s taken everything and everyone. We have to kill him.”

The final season is likely to show Eleven and the rest of the characters attempting to defeat Vecna for good, with a clearer understanding of who he is and his weaknesses.

Unlike the previous three seasons, which end with most of the characters oblivious to the next season’s conflict, Season 4’s cliffhanger promises fans a climatic final instalment. Hopefully the residents of Hawkins will have peace in the end – but not before more destruction.