45 mins ago
Personal developmentAsking for a Friend 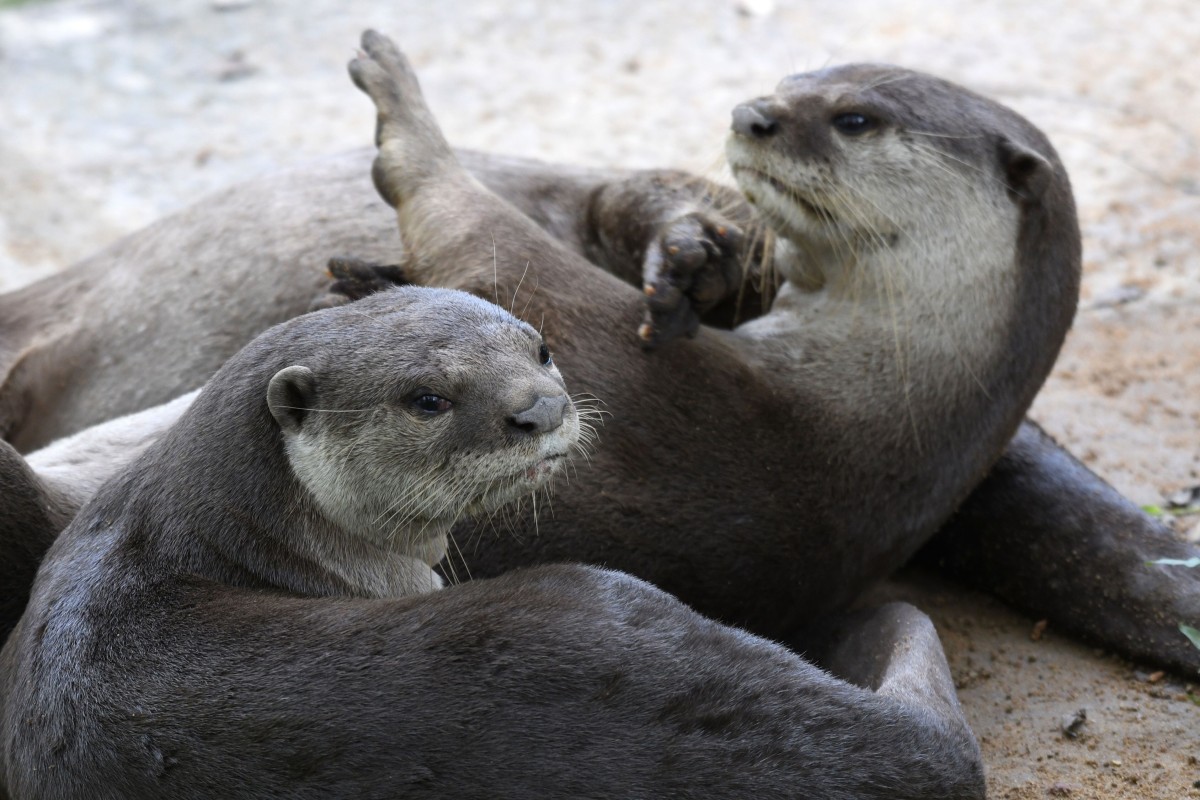 Singapore's otters, long adored by the city-state's nature lovers, are popping up in unexpected places during the coronavirus lockdown, but their antics have angered some and even sparked calls for a cull. (Photo: AFP)

Singapore’s otters, long adored by the city-state’s nature lovers, are popping up in unexpected places during the coronavirus lockdown but their antics have angered some and even sparked calls for a cull.

With the streets empty, the creatures have been spotted hanging out by a shopping centre, scampering through the lobby of a hospital and even feasting on pricey fish stolen from a pond.

While many think of tiny Singapore as a densely populated concrete jungle, it is also relatively green for a busy Asian city, and has patches of rainforest, fairly clean waterways and abundant wildlife.

There are estimated to be about 90 otters in Singapore, making up 10 families, and appearances at popular tourist sites around the city-state’s downtown waterfront have transformed them into local celebrities.

They featured in a documentary narrated by David Attenborough, are tracked avidly by the local media -- and have been spotted more frequently since people were asked to stay home and workplaces closed in April to fight the virus.

“When there’s restriction of movement, there’s less vehicles and there’s less people, so the urban space opens up,” said N. Sivasothi, a biologist at the National University of Singapore known as “Otterman” due to his work on the animals.

But their newfound freedoms appear to have emboldened the otters, and they are now facing a backlash.

Singapore travel guide: A perfect 24 hours in the Lion City

The most high-profile incident was a raid on a pond at a spa shuttered due to the pandemic. The creatures gobbled several fish, including an arowana, a prized species that can sell for tens of thousands of dollars.

Actress-turned-entrepreneur Jazreel Low, who owns the spa, posted pictures on Facebook of fish parts scattered around the pond and lamented a “massacre”.

“They probably realised that there was nobody there and became more daring,” Low told entertainment news website 8 DAYS.

The case sparked a debate about whether more should be done to stop otters rampaging through the city, with a widely discussed letter in a local newspaper calling for air horns and rubber bullets to be used as deterrents.

Many people love the otters in Singapore, but some are concerned about how they are wandering into the streets in more urban areas. (Photo: AFP)

“Wild boars have never been encouraged to enter urban areas, neither should otters be just because they look cute,” wrote Ong Junkai in correspondence to the Straits Times.

In other incidents, a video showed a group charging into the lobby of a children’s hospital before being shooed away, and the creatures were also filmed frolicking in the empty streets outside a popular shopping centre.

The otters’ more frequent forays onto the streets of Singapore are part of a global trend triggered by virus lockdowns, with animals increasingly slipping cover to explore the streets of some of the world’s biggest cities.

Still, otter experts believe the anger is an overreaction and that the creatures are likely just enjoying the extra freedom to venture to new places.

NUS’s Sivasothi criticised calls for a cull as “quite an uneducated response”, and said such a move would be ineffective.

He also said many recent sightings were likely of the same family of smooth-coated otters, which have been searching for a new home along the city’s rivers. Most of Singapore’s otters are the smooth-coated variety, classified as “vulnerable”.

This photograph taken on May 29, 2020 shows a smooth-coated otter next to a canal in Singapore. (Photo: AFP)

Fans believe people should be celebrating the return of an animal that was driven out of Singapore by coastal development and water pollution around the 1970s, and only started reappearing in the 1990s as waterways were cleaned.

“I simply don’t understand anyone who could not like them. They are really cute,” said Pam Wong, a 35-year-old Singaporean.

Prime Minister Lee Hsien Loong weighed in on the debate Friday, posting a photo he took of otters before the lockdown on his Facebook account.

“Rather than being focused on protecting ‘territory’, we must find ways to coexist and thrive with our local flora and fauna,” he wrote.