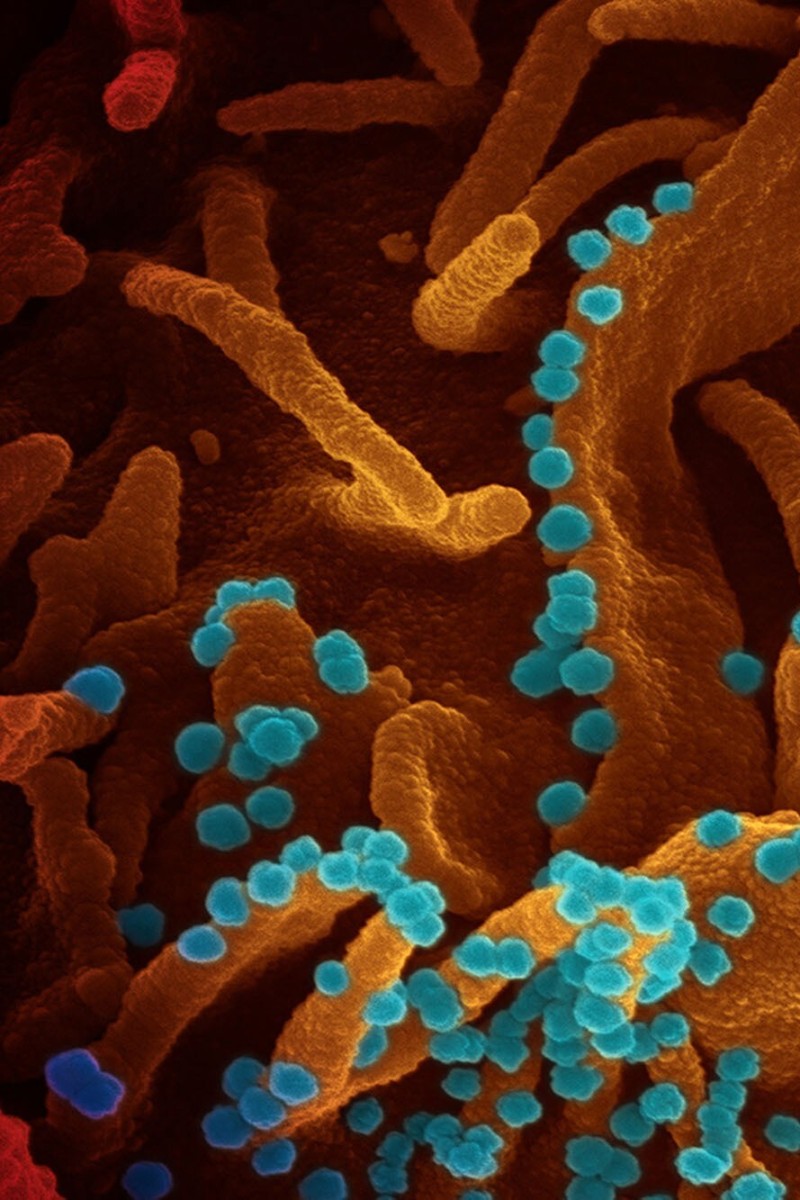 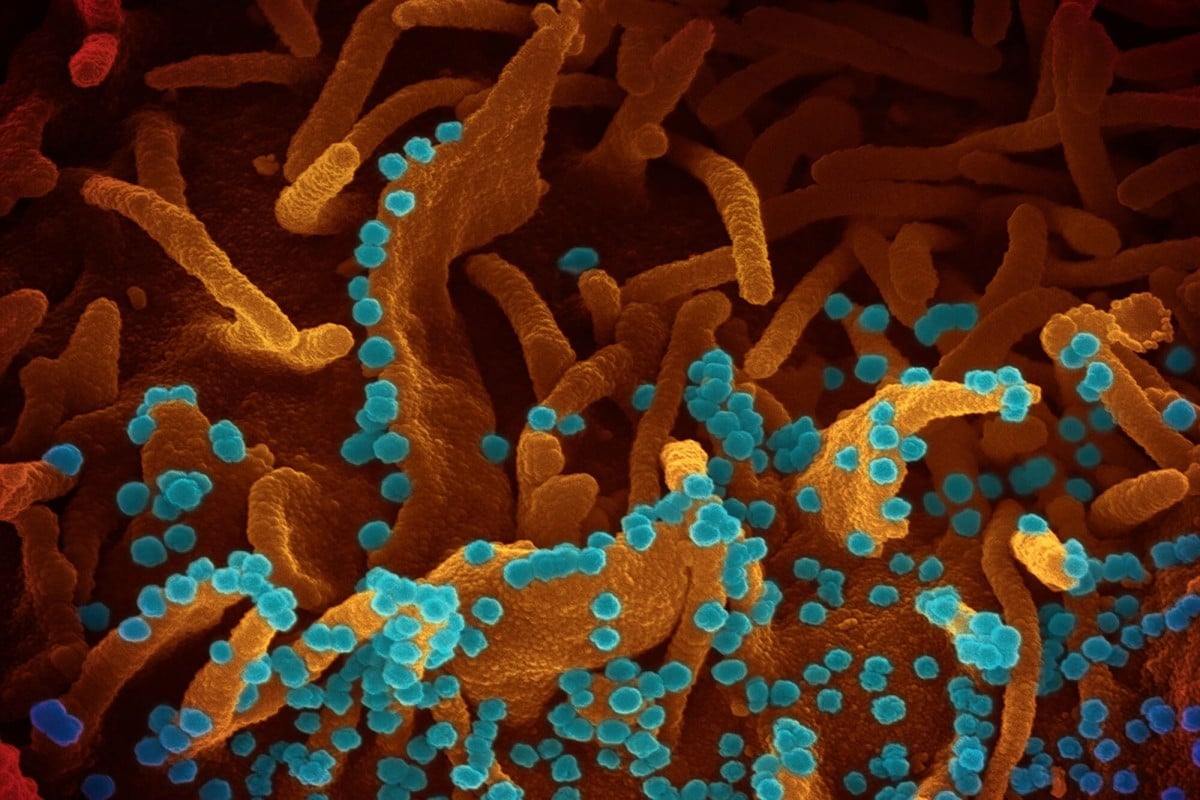 An electron microscope photograph from Elizabeth Fischer shows viral particles being released from a dying cell infected with the coronavirus. The dozens of small, blue spheres emerging from the surface of a kidney cell are the virus particles themselves. (Courtesy of Dr. Elizabeth Fischer/KHN/TNS)

The reputation of the new coronavirus for messing with scientists’ plans has taken a truly creepy turn.

Researchers discovered that when Covid-19 infects a human cell, it sets off a ghoulish transformation. The cell doesn’t die right away. Obeying instructions from the virus, the newly infected cell sprouts multipronged tentacles studded with viral particles.

These sick zombie cells appear to be using those streaming strands to reach their healthy neighbours.

The tentacles appear to bore into the cells’ bodies and inject their viral venom directly into those cells’ genetic command centres – thus creating another zombie.

The authors of the new study, an international team led by researchers at the University of California San Francisco in the US, say the virus uses these newly sprouted tentacles to become better at capturing new cells.

Their research was published last month in the journal Nature.

The scientists also believe they have found several drugs that could make it more difficult for the virus to create these new zombie cells. These medicines, many of which were designed as cancer treatments, seem likely to work because they block the chemical signals that start these tentacles in the first place.

The new research uses the science of “proteomics” – how proteins work with or against each other.

Until now, the process by which the coronavirus was thought to infect cells was pretty ordinary for a virus: it found doors it could open on the surface of the cells that line humans’ mouth, nose, respiratory tract, lungs and blood vessels.

Like space invaders in a science fiction tale, the virus was known to dock on the surface of the much larger cell. A viral landing party came aboard, opened the doors and hijacked the cell’s usual function, making it a factory for replication. The discovery that the coronavirus also makes the zombie cells sprout tentacles suggests that it has, at some point in its evolution, developed more than one way to ensure it gets passed quickly from cell to cell.

Typically, a speedy rise in infected cells will make a victim feel sick and also help the virus to spread to other people. But the discovery of the virus’ zombie tentacles move makes scientists think it has found more than one way to get into a cell. “It’s just so sinister that the virus uses other mechanisms to infect other cells before it kills the cell,” says UC San Francisco’s Nevan Krogan, one of the paper’s senior authors.

Vaccinia, a member of the poxvirus family that causes smallpox, uses the tentacles that sprout from infected cells to “surf” towards those cells and inject them with more viral particles, a study found. HIV and some influenza viruses have been known to use tentacles to help them enter into cells. Many viruses change the cells they infect, and growing tentacles is one way they do it, says Columbia University virologist Angela L. Rasmussen. And while helping the virus spread is one role the tentacles play, there are many others.

But Krogan says even those viruses do not seem to set off the huge growth of tentacles that was seen by his colleagues on coronavirus-infected cells.

Now you know: What is pneumonia?

The branching tentacles growing from those cells were highly unusual, he says.

“It’s a really cool observation,” Goff says. The study’s striking images show that the tentacles contain a lot of virus and that in the lab, slowing their growth seemed to reduce the virus’ ability to spawn. This strongly suggests that those tentacle are somehow amping up the virus’ ability to infect cells, he agreed.

“But we don’t yet know what stage [of infection] is affected” by the strange protrusions, he says.

“It will be great fun to find out.”