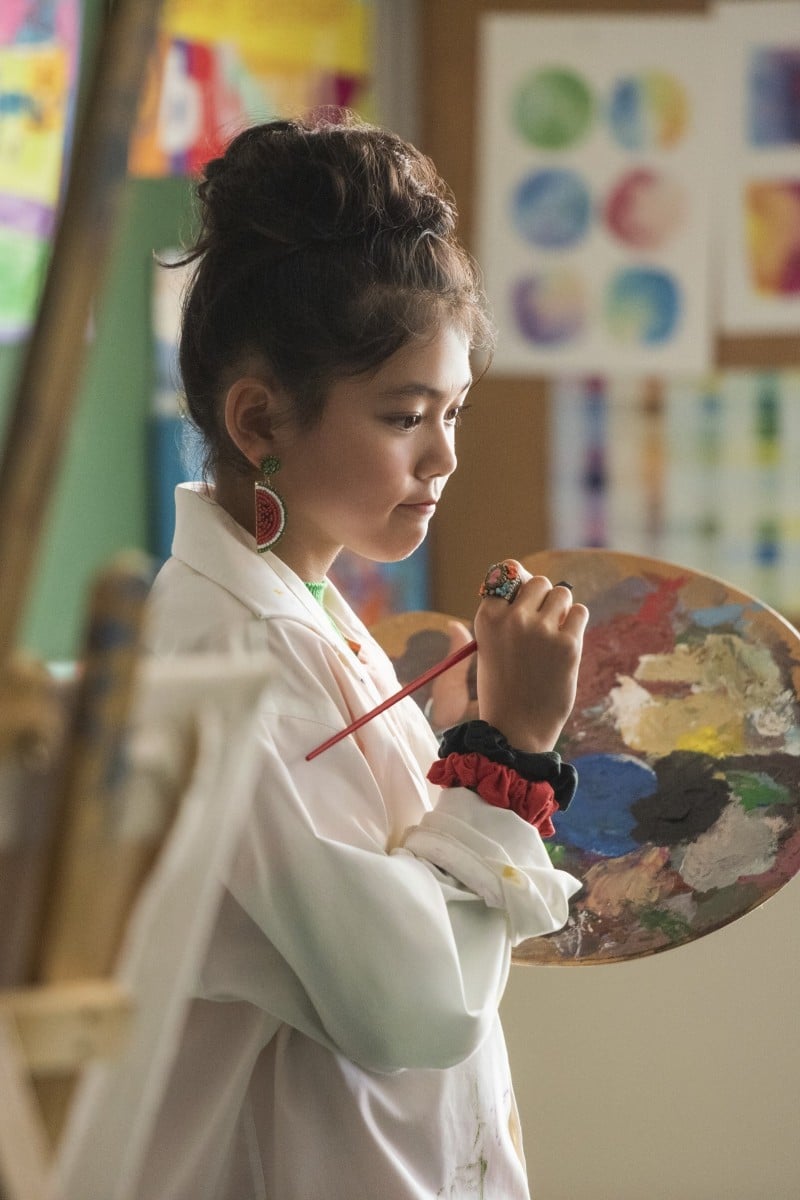 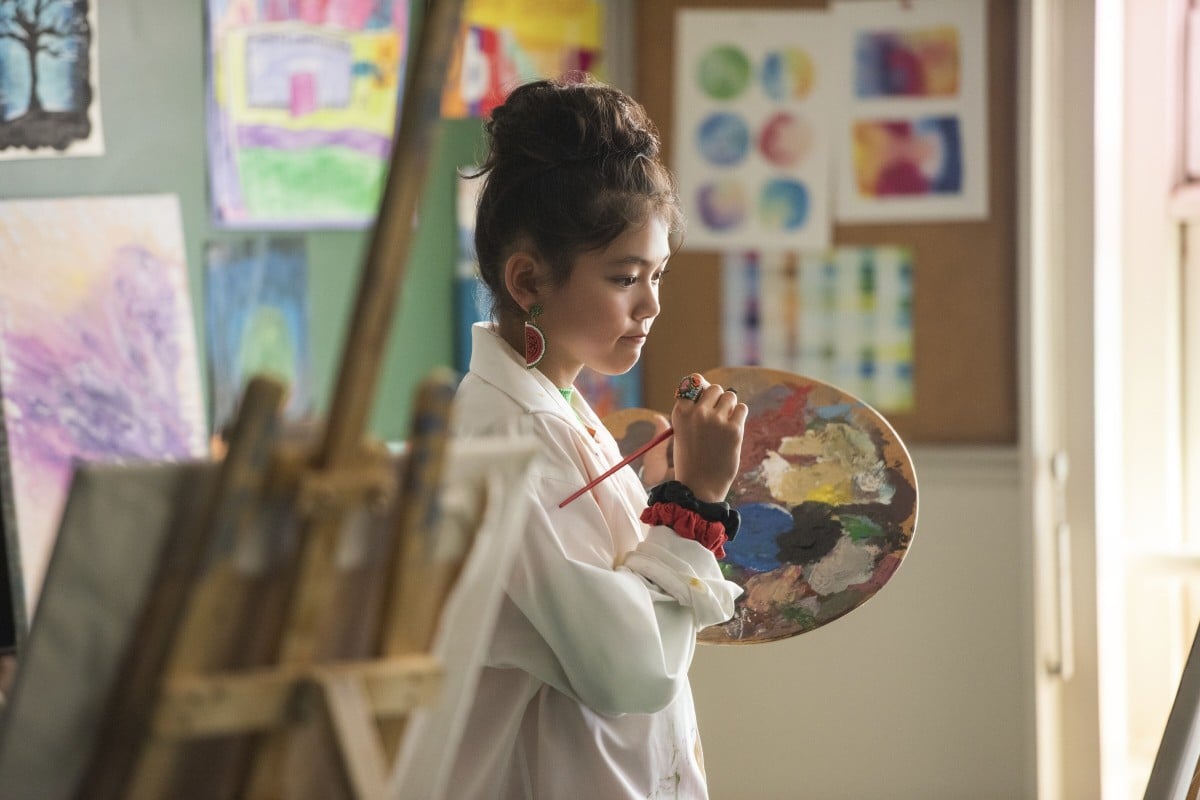 Claudia was a rare example of Asian American representation in the 80s and 90s. Photo: AP

Author Ann M. Martin had no master plan when she decided to make one of the core members of The Baby-Sitters Club a Japanese American girl named Claudia.

Claudia Kishi happened to be everything the “model minority” stereotype wasn’t. She got bad grades. She thrived in art and fashion. She wasn’t struggling to belong. For those reasons and more, Asian American girls in the ’80s and ’90s idolised Claudia and felt seen in teen fiction.

Some of those now grown fans concede the books fall short dealing with race, but a new Netflix adaptation is bringing Claudia (and her pals) into the modern age.

“I want the vibe of the film to be you’re at a Baby-Sitters Club sleepover with your closest friends and you’re reminiscing,” Ding said.

In the short documentary, a handful of Asian American writers and illustrators effuse about how influential the character was for that time.

“For some, their parents were actively not supportive of them pursuing more artistic career choices,“ Ding said. “Even for those whose families were supportive, they didn’t necessarily see people like themselves working in media as directors or painters.”

Among those she interviewed was Naia Cucukov, one of The Baby-Sitters Club series producers. She remembers Claudia’s “aura of cool” jumping off the page.

“As an Asian American kid growing up having only seen depictions of nerds, geishas, the villain, having that extra layer of someone who could be aspirational was incredible,” Cucukov said.

Claudia is played by Mamona Tamada in the new Netflix reboot of the popular series. Photo: APAnother documentary participant, Sarah Kuhn, author of the Heroine Complex sci-fi series, called Claudia “this connective tissue between a lot of Asian girls”.

“Just when you mention her name on Twitter, it summons an entire generation,” Kuhn said. “It speaks to her lasting contribution.”

With 180 million copies in print worldwide, The Baby-Sitters Club books were massive during their 1986-2000 run. They follow Claudia, Kristy, Mary Anne, Stacey and Dawn and their babysitting adventures in the fictional suburb of Stoneybrook, in the US state of Connecticut. The books are often credited with showcasing teenage girls as entrepreneurs.

Meet the Asian authors advocating for change and representation

Martin, who wasn’t available for interviews, was not trying to make a statement about Claudia’s ethnicity, said David Levithan, an editorial director and publisher at Scholastic who’s worked with Martin since 1992. She based the character on a Japanese American friend from primary school.

In present day, Levithan thinks authors writing a protagonist of a different ethnicity would have “to be doing it for a reason, to have a connection to it and make sure they got it right.”

Sarah Park Dahlen, an associate professor of library and information science at St Catherine University in the US state of Minnesota, and a BSC fan, said Claudia is only one of two Asian American characters she can cite from her own childhood reading.

A combination of little encouragement from Asian American parents and the publishing industry contributed to that, Dahlen believes. After decades of pushing for more diverse voices in children’s books, school libraries started receiving federal funding in the ’60s and ‘70s to help expand reading choices. But then came a “conservative backlash” against multiculturalism, which led to skittish publishers and dried-up funds, Dahlen said.

“It was a combination of those things that caused this desert of diverse books in the 1980s and a little bit through the 1990s as well,” she said.

5 LGBTQ+ books that remind us of the power of representation

Marie Myung-Ok Lee, founder of the Asian American Writers’ Workshop, recalls the difficulties of getting her first young adult novel, Finding My Voice, sold in the early ‘90s, even with the support of popular author Judy Blume. One publisher rejected the book, about a Korean American teen in an all-white town, because “‘We had a book about Cambodia last year’,” Lee said.

Kuhn is optimistic that female editors of colour rising in the ranks will change that. They are more likely to think more broadly.

“The story of rejection a lot of marginalised authors get is someone saying ‘I just couldn’t connect to it’,” Kuhn said. “What always blows my mind about that is all of us have spent our entire lives connecting with characters who do not look like us.”

With the increased national dialogue surrounding white privilege, adult Asian American BSC readers acknowledge the books are lacking in some areas. Claudia talks little about being Asian in an upscale, white community, and probably wouldn’t know the term “micro aggression”.

The TV version fleshes out some elements, like a poignant scene where Claudia, played by Momona Tamada, learns her grandmother was an internment camp survivor. In a nod to the character’s newfound cultural awareness, Cucukov had Tamada wear a T-shirt from “Angry Asian Man” blogger and activist Phil Yu – who also appears in the documentary. Designed by artist Irene Koh, it says “Stay Angry”.

“Claudia is going to go through that journey and is going to learn about activism,” Cucukov said. “God willing, if we get a season two, we’ve got much more growth for Claudia.”