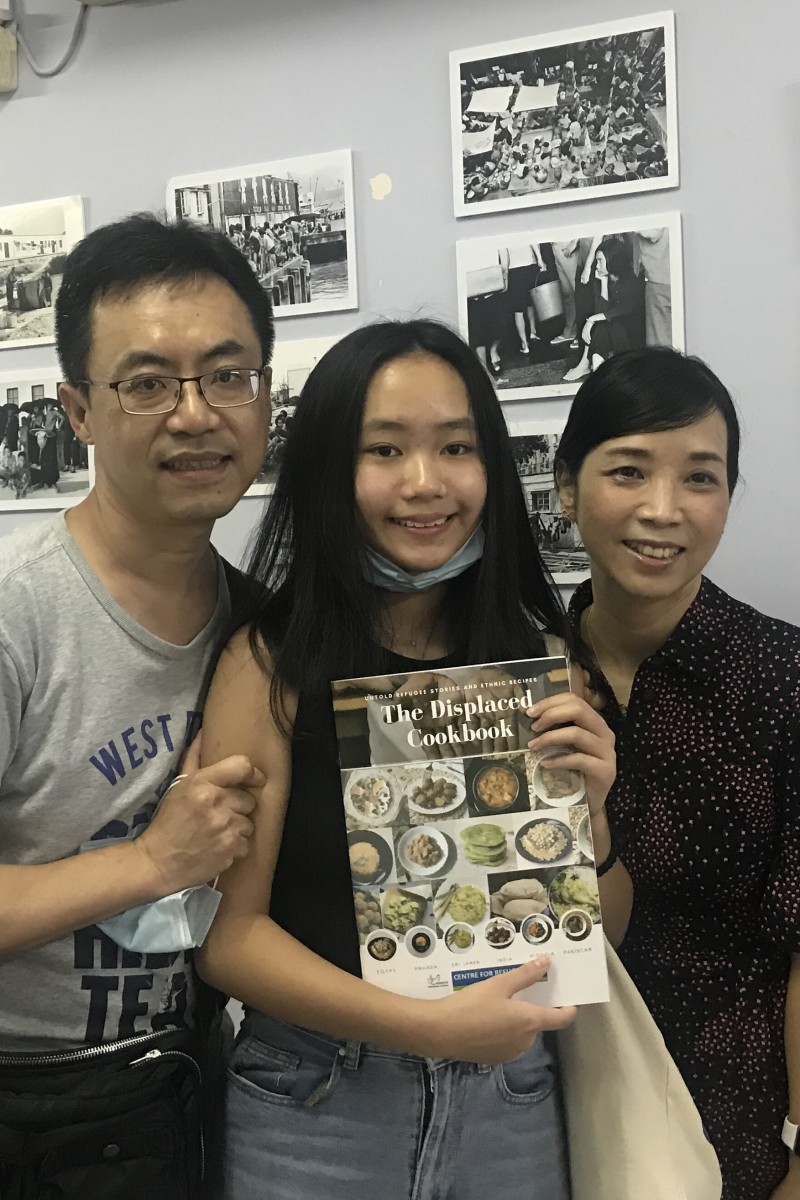 Chloe wanted to show refugees in a different light

Like many of her peers over the last six months, Chloe Yau, a Hong Kong student at United World College Costa Rica, has been juggling online classes, homework, and tests due to the Covid-19 pandemic. At the same time, she wrote, designed, and published The Displaced Cookbook: Untold Refugee Stories and Ethnic Recipes.

Chloe says, “Food is a celebration of culture and love. That’s why I thought a cookbook would be the perfect way to showcase Hong Kong’s vibrant asylum seeker and refugee community, and tell their stories of bravery and perseverance.”

The book was published in collaboration with Christian Action Centre for Refugees, an NGO that looks after asylum seekers in Hong Kong. It raises funds to support the community in the city.

The 15-year-old says a visit to the NGO last year inspired her to do something practical to help.

“Speaking with the refugees really made me want to help them,” she says. “I wanted to share their personal stories with Hong Kong people, and spread a positive message.”

So Chloe began the long process of writing a cookbook. She interviewed eight women who are currently seeking asylum in Hong Kong, each of whom shared a signature recipe from their home country. They also shared their experiences, which are also included in the book.

“Our key message is that these women are sharing their food and culture with the Hong Kong community,” says Chloe.

“I want to reduce the discrimination faced by the refugees, and get rid of the negative perceptions that some Hong Kong people have of them.

“They actually have a lot of skills and have so much to offer society, and more than anything else, they want to be accepted.”

Owing to the sensitive nature of her project, Chloe says it took some time for the women to “open up” and for her to gain their trust. She says the process taught her how to communicate effectively, and helped her develop empathy.

“It was hard for me at first, because they have had a traumatic experience and might not want to talk about it,” says Chloe. “But I really wanted people to connect with the women and their stories, and to build rapport between the readers and the women.”

Chloe says her book is “just the beginning” of her collaboration with the Christian Action Centre for Refugees. She hopes it will be followed by “an even bigger” book, one in which she is will be able to share more stories and recipes.

“I really hope that through my cookbook, people can broaden their horizons and learn more about the state of refugees in Hong Kong,” says Chloe.

Hong Kong, which is not a signatory to the 1951 UN Refugee Convention, has one of the lowest refugee acceptance rates in the world. According to the Hong Kong Immigration Department, between 2009 and early 2020, 30,365 claims for refugee status were made. Of that number, only 200 were accepted.

“It’s a significant problem,” says Chloe, “and one that many people wouldn’t know about or understand.

“Christian Action is a community, and it feels like home for the asylum-seeking community,” she says, adding: “I hope my book will inspire people to donate and take action.”

The funds raised from the book will go to the Christian Action Centre for Refugees. Pick up a copy of the book here.