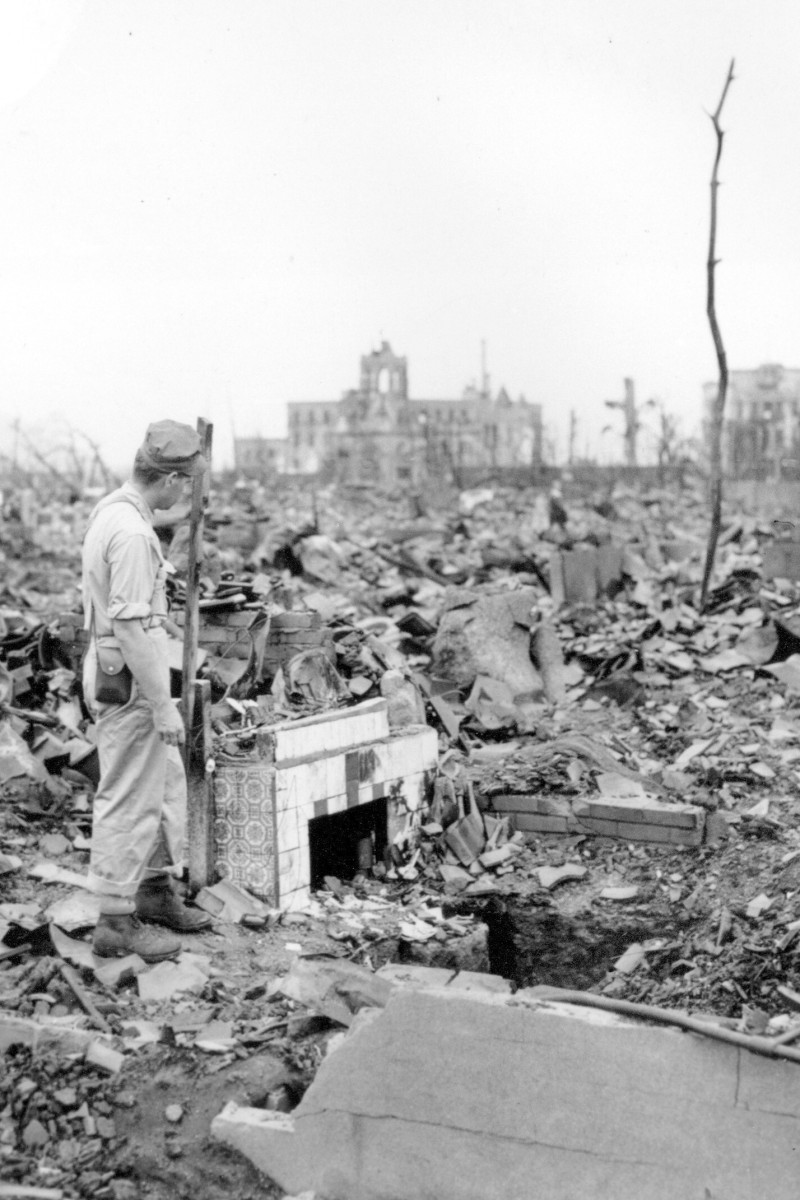 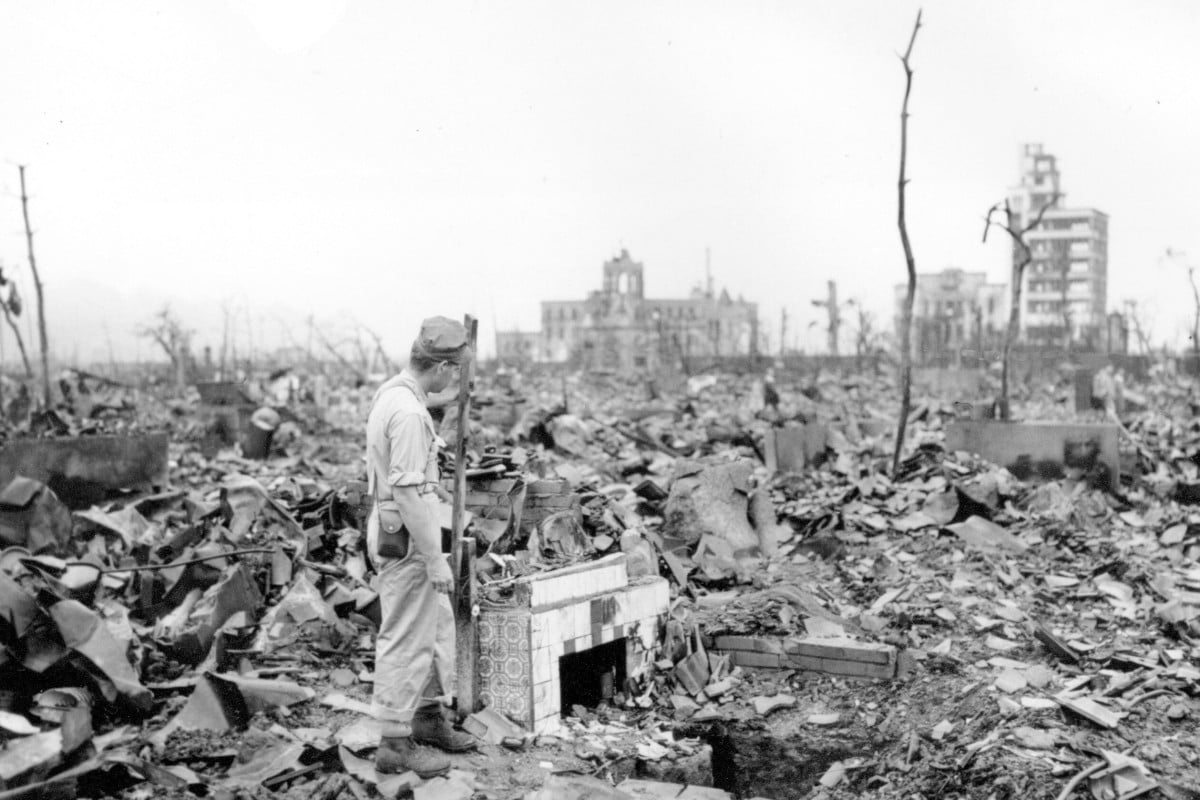 August 6 marks the 75th anniversary of the Hiroshima bombing. Almost everything within 2km of Ground Zero was destroyed. Photo: AP FILE - In this Sept. 7, 1945, file photo, an unidentified man stands next to a tiled fireplace where a house once stood in Hiroshima, western Japan. The Aug. 6, 1945, bombing was the world’s first nuclear attack. An estimated 140,000 people, including those with radiation-related injuries and illnesses, died through Dec. 31, 1945. That was 40% of Hiroshima’s population of 350,000 before the attack. (AP Photo/Stanley Troutman, Pool, File)

Three days after its bombing of the city of Hiroshima, in western Japan , the United States dropped a second atomic bomb on Nagasaki.

Japan surrendered on August 15, ending the second world and, more broadly, its aggression toward Asian neighbours that had lasted nearly half a century.

Here’s a look at that day in Hiroshima three quarters of a century ago.

Why was Hiroshima chosen as a target?

Hiroshima was a major Japanese military hub with factories, military bases and ammunition facilities. Historians say the United States picked it as a suitable target because of its size and landscape, and carefully avoided fire bombing the city ahead of time so American officials could accurately assess the impact of the atomic attack.

Shot, starved and married: one man’s story of life under the Japanese occupation

The United States said the bombings hastened Japan’s surrender and prevented the need for a US invasion of Japan. Some historians today say Japan was already close to surrendering, but there is still debate in the US.

What happened in the attack?

At 8.15am, the US B-29 bomber Enola Gay dropped a 4-tonne “Little Boy” uranium bomb from a height of 9,600 metres on the city centre, targeting the Aioi Bridge. The bomb exploded 43 seconds later, 600 metres above the ground.

Seconds after the detonation, the estimated temperature was 3,000-4,000 degrees Celsius at ground zero. Almost everything within 2 kilometres of ground zero was destroyed by the blast and heat rays.

A month after the bombing, a foreign reporter visits the shell of a building that was once a cinema. Photo: APWithin one hour, a “black rain” of highly radioactive particles started falling on the city, causing additional radiation exposure.

How many people were killed?

An estimated 140,000 people, including those with radiation-related injuries and illnesses, died between the day of the bombing and December 31, 1945. That was 40 per cent of Hiroshima’s population of 350,000 before the attack.

Everyone within a radius of 500 metres from ground zero died that day.

To date, the total death toll, including those who died from radiation-related cancers, is about 300,000. Hiroshima today has 1.2 million residents.

What effect did radiation have?

Many people exposed to radiation developed symptoms such as vomiting and hair loss. Most of those with severe radiation symptoms died within three to six weeks. Others who lived beyond that developed health problems related to burns and radiation-induced cancers and other illnesses. Survivors have a higher risk of developing cataracts and cancer.

The Atomic Bomb Dome at Hiroshima’s Peace Memorial Park, the ruins of what was formerly the Hiroshima Prefectural Industrial Promotion Hall. Photo: EPA-EFEAbout 136,700 people certified as “hibakusha”, as victims are called, under a government support programme are still alive and entitled to regular free health checkups and treatment. Health monitoring of second-generation hibakusha began recently.

Japan’s government provided no support for victims until a law was finally enacted in 1957 under pressure from them.

What are those colourful folded paper cranes for?

Sadako died of leukaemia, but not before finding a way to inspire hope in others.

Origami paper cranes can be seen throughout the city. They became a symbol of peace because of a 12-year-old bomb survivor, Sadako Sasaki, who, while battling leukaemia, folded paper cranes using medicine wrappers after hearing an old Japanese story that those who fold a thousand cranes are granted one wish.

Sadako developed leukaemia 10 years after her exposure to radiation at age 2, and died three months after she started the project.

Former US President Barack Obama brought four paper cranes that he folded himself when he visited Hiroshima in May 2016, becoming the first serving American leader to visit. Obama’s cranes are now displayed at the Hiroshima Peace Memorial Museum.