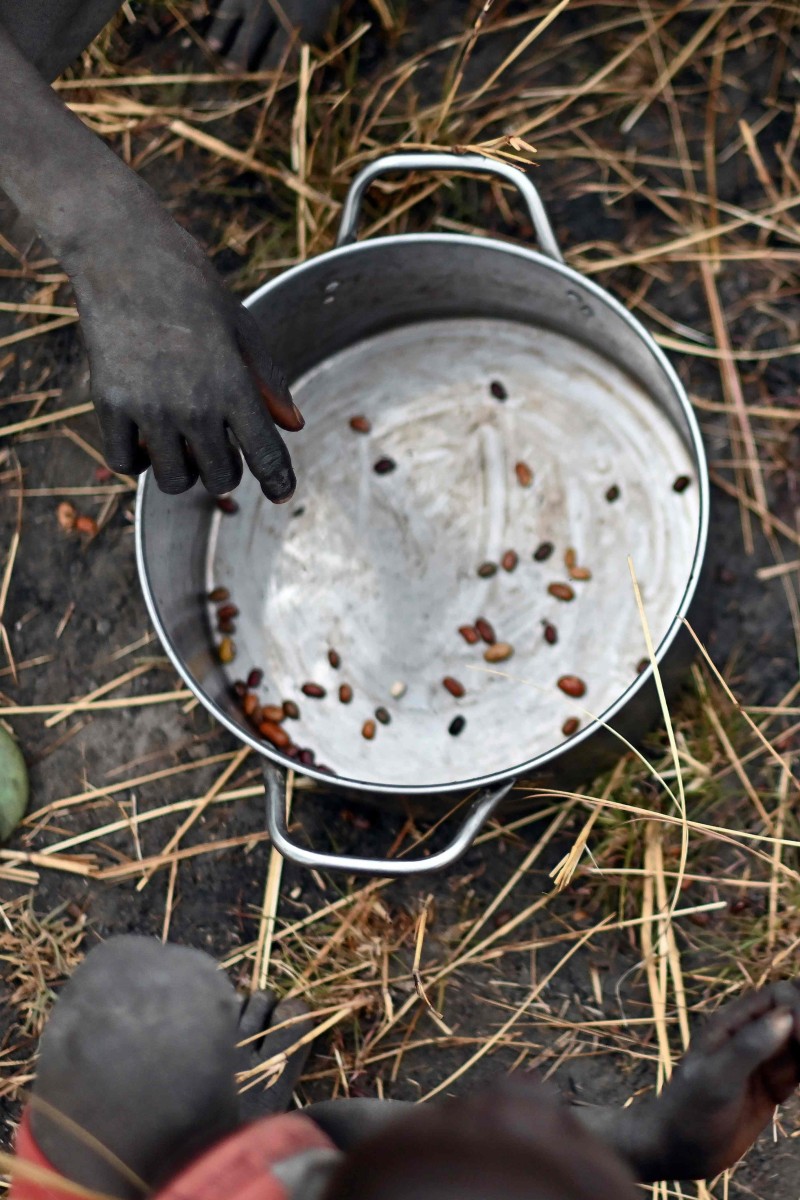 Every grain from a food drop counts in places like South Sudan, where people face going hungry. Photo: AFP

Today marks World Food Day, an international day celebrated every year on October 16. It was started by the United Nations’ Food and Agriculture Organisation (FAO)in 1981.

Every year, the FAO adopts a theme to highlight particular areas needed for action. This year’s theme is “Grow, Nourish, Sustain. Together”.

The day is particularly noteworthy this year. The United Nations’ World Food Programme (WFP) won the 2020 Nobel Peace Prize on October 9 for its efforts to combat hunger around the world and improve conditions for peace in areas affected by conflict.

For more than 50 years, the WFP has worked to improve food security around the world, but conflict, climate shocks and economic slowdowns mean almost one in 11 people globally still do not have enough to eat.

Here are seven things to know about world hunger:

2. The United Nations estimates that over 130 million more people may go hungry in 2020 due to the economic impact of the coronavirus pandemic.

3. A quarter of the world’s population does not have reliable access to safe and nutritious food. In Africa, half of the population faces shortages.

4. Though Africa has the highest number of people struggling to access food, Latin America and the Caribbean are seeing the fastest rises.

5. Healthy food is unaffordable to many, especially the poor, in every region of the world. Around 57 per cent of people in sub-Saharan Africa and Southern Asia cannot afford a healthy diet.

The WFP has been particularly active in Yemen, where there has been famine for several years. Photo: AFP 6. Worldwide, women are more likely to go hungry than men, with the situation exacerbated by laws and cultural norms that restrict access to property, equal pay and health care.

7. Despite goals to achieve zero hunger by 2030, the United Nations estimates that the number of hungry people will rise to 840 million in five years if current trends continue.