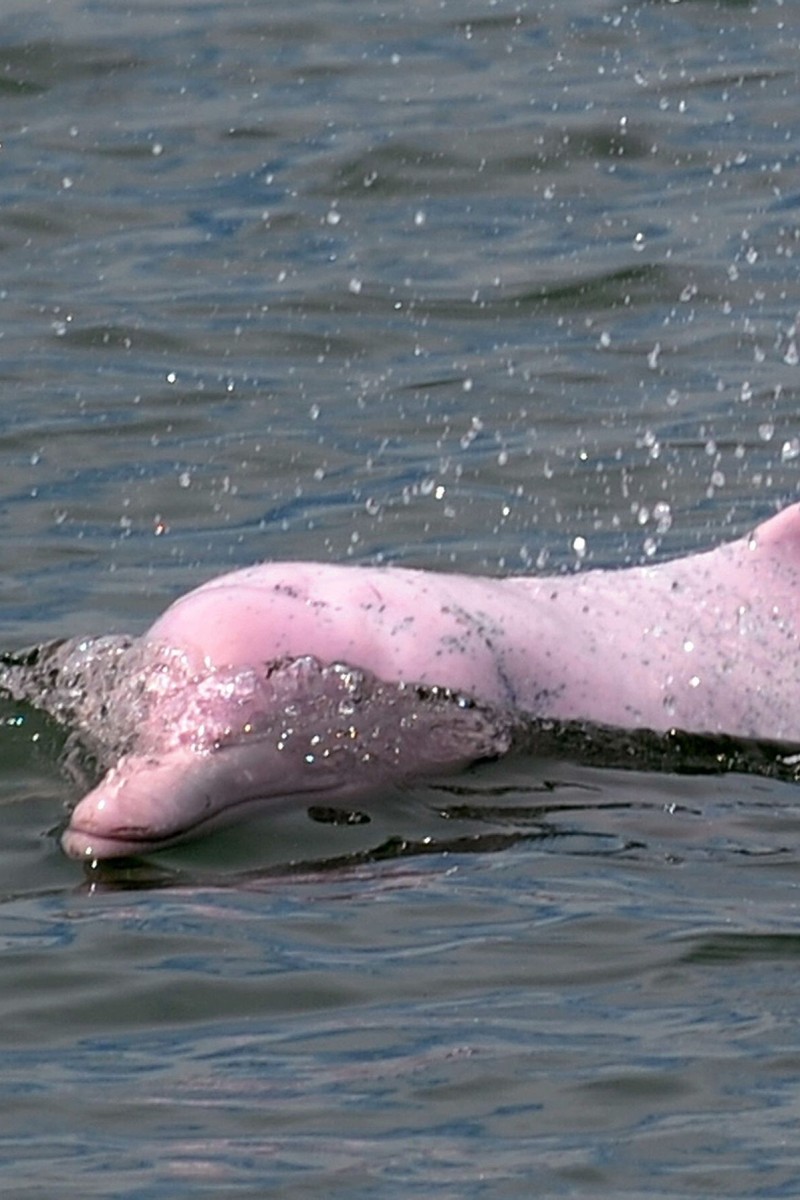 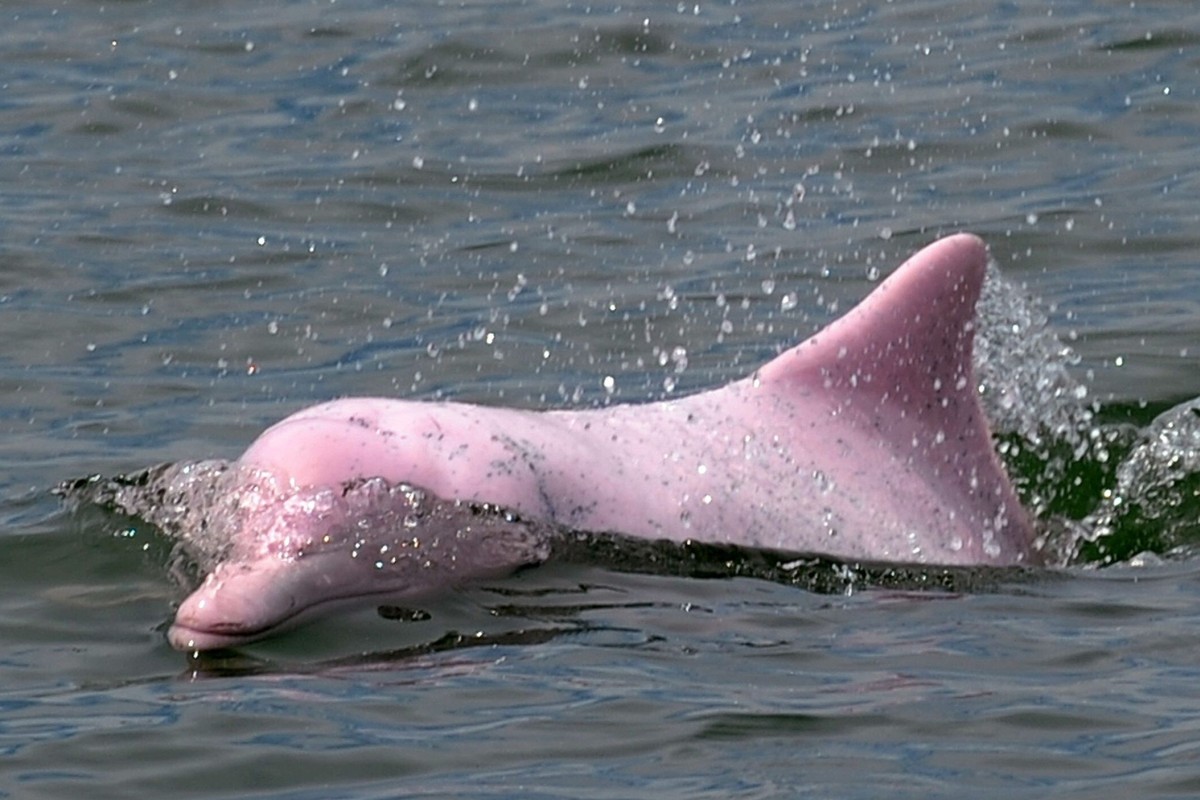 2020 has been a lot of bad news, but here’s something to add to the happy news list. Photo: AFP

Some good 2020 news! Rare pink dolphins are returning to the waters between Hong Kong and Macau after the coronavirus pandemic halted ferries. But scientists remain deeply concerned about their long-term survival in one of the world’s busiest sea lanes.

The tell-tale flash of pink leaping from the waters alerts Naomi Brennan to the presence of a local Chinese white dolphin and she jots the animal’s location into a GPS device.

Conservationists like Brennan regularly board boats in the Pearl River Delta to document how the mammals, known for their eye-catching pink colouring, are faring.

“They were engaging in a range of behaviour, from feeding to travelling and socialising.”

Air quality in mainland China has improved since the pandemic began

For years, keeping tabs on the dolphins has been a disheartening task.

The population has fallen by 70-80 per cent in the past 15 years in what is one of the world’s most industrialised estuaries.

But this year their numbers have bounced back – and they have the pandemic to thank.

With fewer boats and ships, the dolphins have been seen more frequently. Photo: AFPFerries between Hong Kong and Macau have been suspended since February, providing local marine scientists an opportunity to study how the mammals have adapted to the “unprecedented quiet”.

“We’re seeing much larger group sizes as well as much more socialising, mating behaviour, which we hadn’t really been seeing for the last five years or so,” said Dr Lindsay Porter, a Hong Kong-based marine scientist.

According to Porter’s research team, the number of pink dolphins has increased by roughly a third in those waters since March.

Here’s what you can do to help stop shark finning

“These areas seem to be important for feeding and socialising. So it’s great that there’s this refuge for them,” added Brennan, a member of Porter’s team.

The Pearl River Delta is one of the most industrialised coastal areas on Earth. As well as Hong Kong and Macau, it includes Chinese mainland megacities like Shenzhen, Guangzhou and Dongguan, and is home to some 22 million people.

And aside from heavy shipping traffic, the dolphins’ key habitat has been subjected to a host of large-scale developments, including the construction of Hong Kong’s airport on reclaimed land and the world’s longest sea bridge connecting the financial hub to Macau and Zhuhai.

According to the WWF, there are only an estimated 2,000 pink dolphins left in the Pearl River Delta – the minimum number that conservationists believe are needed to sustain the species’

There is a palpable fear the delta’s dolphins could go extinct under the population’s current trajectory.

“So they need very careful management.”

The lack of ferries is a welcome, but potentially brief, respite for the dolphins.

Noise from vessels disturbs mammals that rely on underwater sound for navigation and communication.

The ships also pose the physical threat of striking the creatures, injuring and even killing them.

The rugged southern coastline of Hong Kong’s outlying Lantau island provides shelter from typhoons and predators for the dolphins.

But it is also where the ferries between Macau and the financial hub travel.

Why do whales beach themselves? It’s a bit of a mystery...

Conservationists are campaigning to expand an existing marine park to better protect the vulnerable species.

“We’ve now identified a habitat that could then be reclaimed by them and could really be used to support their population,” said Brennan, who believes recent findings could provide an opportunity for conservationists to “turn the tide” for the vulnerable dolphin population.

“The fact that we’ve seen such a dramatic change, though still early days, from just one of those impacts going away is a really positive shift.”

But WWF’s McCook warns time is running out for the dolphins.

“They’re an icon of the area,” he said. “They’re a part of Cantonese heritage. They’ve been around here for millennia.”

“It would be a global tragedy to lose this iconic creature from the future of the Greater Bay Area.”