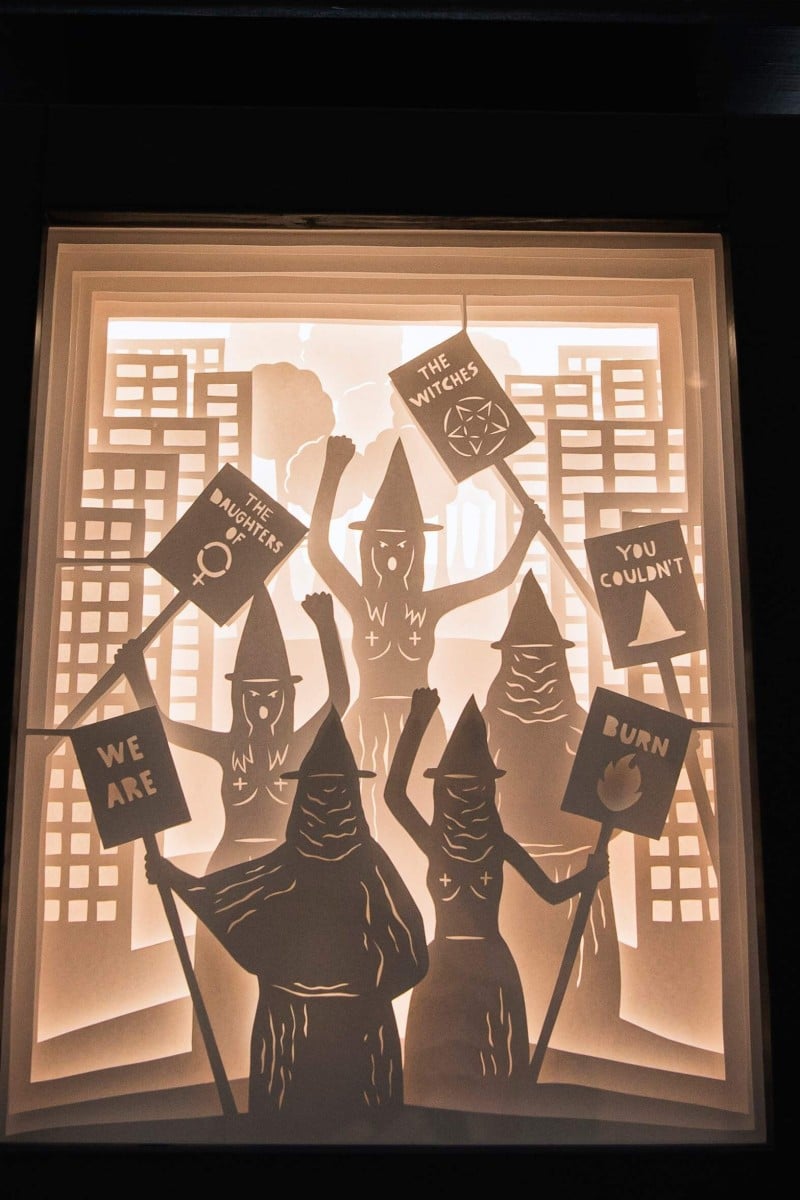 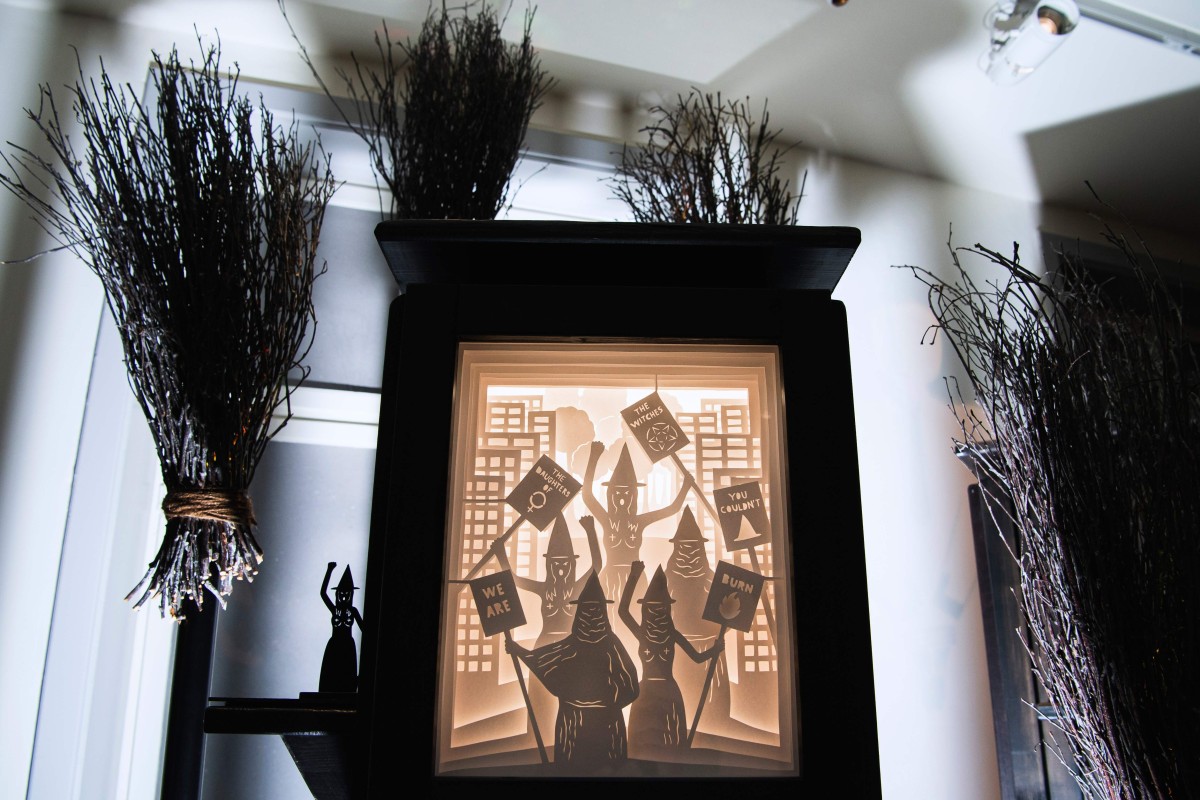 The museum’s exhibitions shed light on the persecution faced by many in the middle ages. Photo: AFP

The fire crackles. A woman shrieks as flames lick her body, burning her alive. Luckily, this isn’t real life, but an exhibition at a museum in Denmark which is bringing the dark period of witch-hunting to life.

Located in the home of a former witch-hunter, the “Hex! Museum of Witch Hunt” in the town of Ribe sheds light on how a fear of witches led to persecutions that swept across Denmark and Europe in the 16th and 17th centuries.

While today’s Danish kids happily dress up as witches and wizards for Halloween, Denmark at the time was a religious and superstitious Lutheran society where fear and distrust were often intertwined with the secret use of magic to keep God’s wrath at bay.

Across Europe, approximately 100,000 people went on trial for witchcraft, with as many as 50,000 burned, museum historian Louise Hauberg Lindgaard said.

Denmark sentenced 1,000 people to death for witchcraft which, she said, “is quite a lot” given the country’s population was around one million at the time.

Your essential guide to surviving a zombie apocalypse

Most were women believed to be colluding with the devil.

By comparison, Germany – the country in Europe with the most witch hunts – had 16,500 trials, more than 40 per cent of which ended with the accused being burned at the stake.

Under his rule, the country’s first legislation against the practice was adopted in 1617, sending black magic practitioners to the stake. In the eight years after the law was adopted, persecutions were rampant, with a witch burned every five days.

The Witches : a less terrifying version of Roald Dahl’s story for Gen Z

For the monarch – like many contemporaries including brother-in-law King James VI of Scotland and England, another champion of witch hunts – the persecutions were a way to retain power and project an image of a good Christian caring for his subjects.

Hauberg Lindgaard explained monarchs assumed this responsibility after 16th-century French philosopher Jean Bodin declared if a king did not persecute witches then he was solely responsible for his subjects’ misfortune.

At the time, anything could be a pretext to be denounced as a witch, from an offhand remark to a suspicious charm, and the accused were then put on trial.

Louise Hauberg Lindgaard says as many as 50,000 witches were burned across Europe. Photo: AFPThe museum opened at the end of June, attracting 10,000 visitors in the first month – a strong showing attributed to both cool summer weather and the popular subject matter.

“People love to watch and read about all things ‘witchy’... such as novels, movies and TV series, and also about the more historic aspects,” Hauberg Lindgaard said.

“Interestingly, the ‘historic truths’ pertaining to the witch hunt era have since been blurred and reinterpreted by more popular notions of the topic, and we can definitely feel the desire to understand ‘what actually happened’ among our guests,” she said.

The ultimate beginners’ guide to horror movies, from The Shining to Blair Witch Project

Visitors learn that while most witches were women, “up to one in four was a man,” she said.

They were often “single and living on the edge of society, quite poor.”

Brooms, amulets, dolls and other items are on display, as well as torture instruments and animated reconstructions of witch trials, all accompanied by eerie background music.

For 21-year-old Danish visitor Mathilda, the museum was an opportunity to learn more about a period she hardly knows.

“It’s very exciting to hear about this stuff. It’s something that not only happened here in Denmark but also in a lot of other countries,” she said.

A guide to Hong Kong’s most haunted places

And the building that houses the museum has a history of its own: it was built in the late 16th century by a witch hunter who played a key role in seven trials, three of which ended up with the suspects being burned at the stake.

The picturesque town of Ribe itself is also hallowed ground.

Founded in the Viking era, people once believed that it was where witches learned their craft in the 1600s, and it is the Danish town that held the most trials per citizen, Hauberg Lindgaard said.

The last person accused of being a witch and burned in Denmark was Anna Bruds, in 1652.