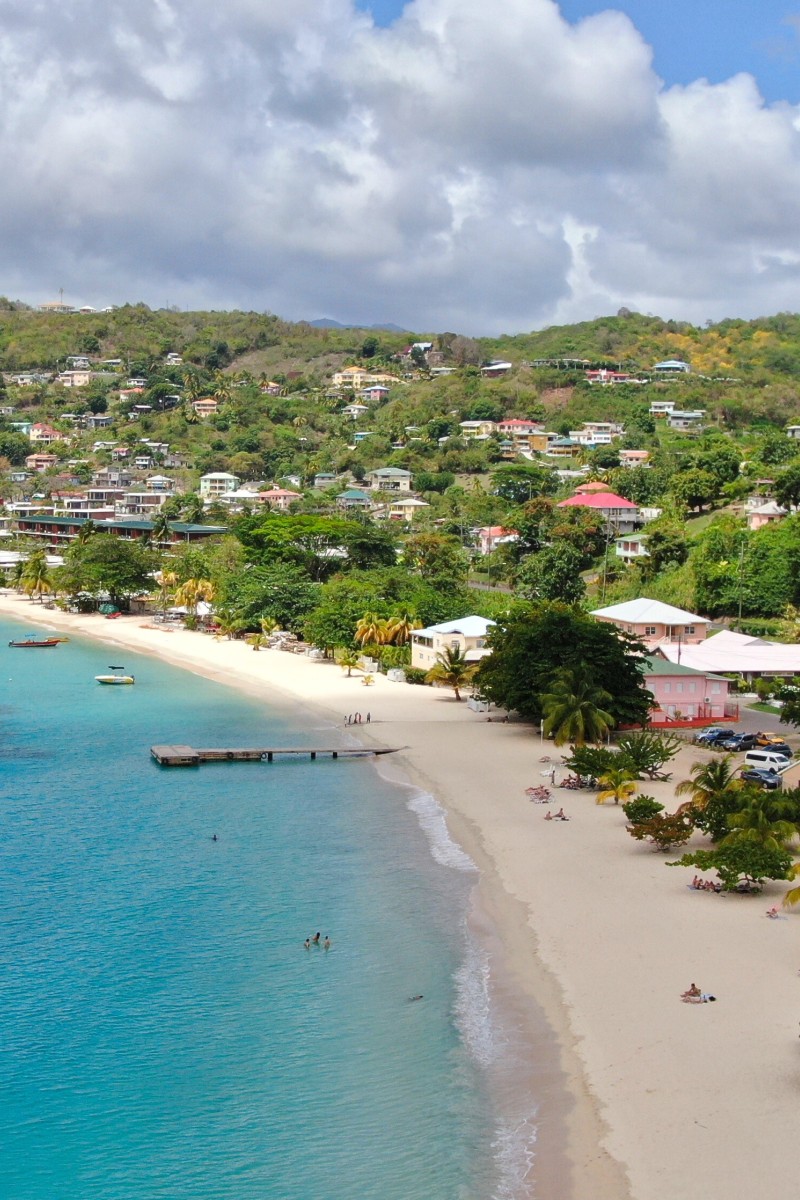 7 things to know about Grenada, the island of Formula 1 champ Lewis Hamilton’s ancestry

3 hours ago
Letters to the EditorsHobbies

5 hours ago
Letters to the EditorsFrom YP readers Formula 1 megastar Lewis Hamilton is British – but he is also proud of his Grenadian heritage. His father family is from Grenada, a small island nation in the Caribbean.

Hamilton even put the country’s flag on items from his latest range with designer Tommy Hilfiger.

Here are seven things to know about the racing driver’s ancestral home.

1 Grenada is known as the Spice Island or Isle of Spice because of the range of spices grown there and exported around the world. Cinnamon, mace, allspice and cloves are common, but it is most famous for its nutmeg, which was introduced to the island in 1843.

2 Nutmeg is so important to the country (and the world – Grenada is one of the world’s largest exporters of the spice), it appears on the flag.

The flag is hugely symbolic.Also on the flag are six stars representing the countries parishes, and a larger, central star representing the capital. The green signifies the island’s vegetation and agriculture, the yellow evokes the sun, and the warmth of the people, and the red is a symbol of harmony, courage and vitality.

3 Christopher Columbus sighted the island on his third voyage in 1498, and named it La Concepcion. The name did not stick, and by the 1520s, it was known as La Granada, after the city in Spain of the same name – even though there is no evidence the Spanish ever tried to colonise it. It became La Grenade when the French finally settled there in 1649.

(Bonus fact: granada and grenade both mean “pomegranate” in their respective languages.)

5 things to know about New Zealand, home to possibly the world’s coolest leader

4 Grenada is actually three islands: the main island, plus Carriacou and Petite Martinique to the north. Grenada has an area of 348.5 sq km (Hong Kong measures 1,104 sq km; New York City is around 784 sq km), Carriacou is 34 km, Petite Martinique is only 2.37 sq km!

5 The national dish is called oil down, a one-pot stew of chicken, salted meat, breadfruit (a bit like jackfruit), callaloo (similar to spinach), and coconut milk, the oil of which gives the dish its name.

It's a big bowl full of goodness.Oil down is also used to refer to a neighbourhood party at which the dish is served!

6 In 1983, Grenada was plastered over the news around the world when the Marxist-Leninist New Jewel Movement overthrew the government in a bloodless coup. The party’s popular leader, Maurice Bishop, took over as Prime Minister but was assassinated.

2020 is one for the ages, but here are 5 more memorable US election moments

The United States, concerned that the country would become an important stop-off for Soviet and Cuban Communists, decided to invade the island and remove the government. The move was condemned as a “flagrant violation of international law” by the United Nations.

7 Hamilton may be the most internationally renowned Grenadian, but he is far from alone.

Other famous people with Grenadian heritage include: