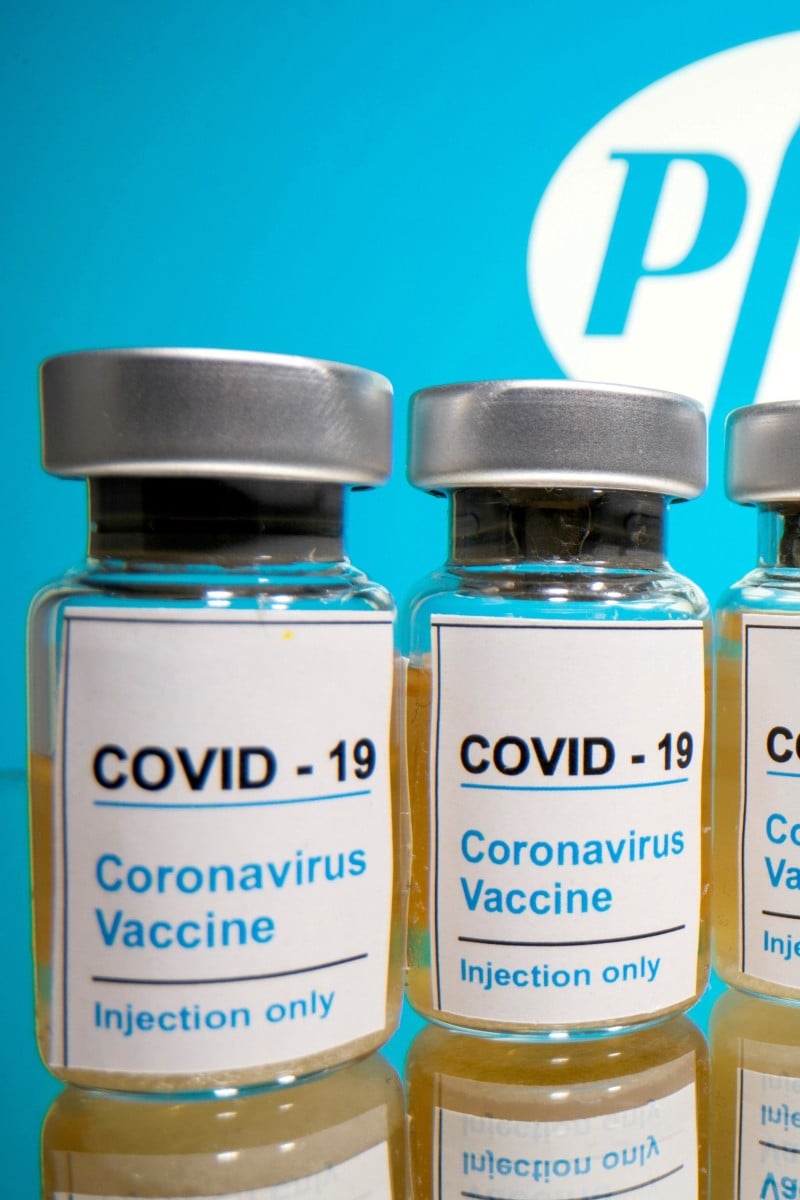 Explainer: What does it mean when we talk about Covid-19 vaccine efficacy? 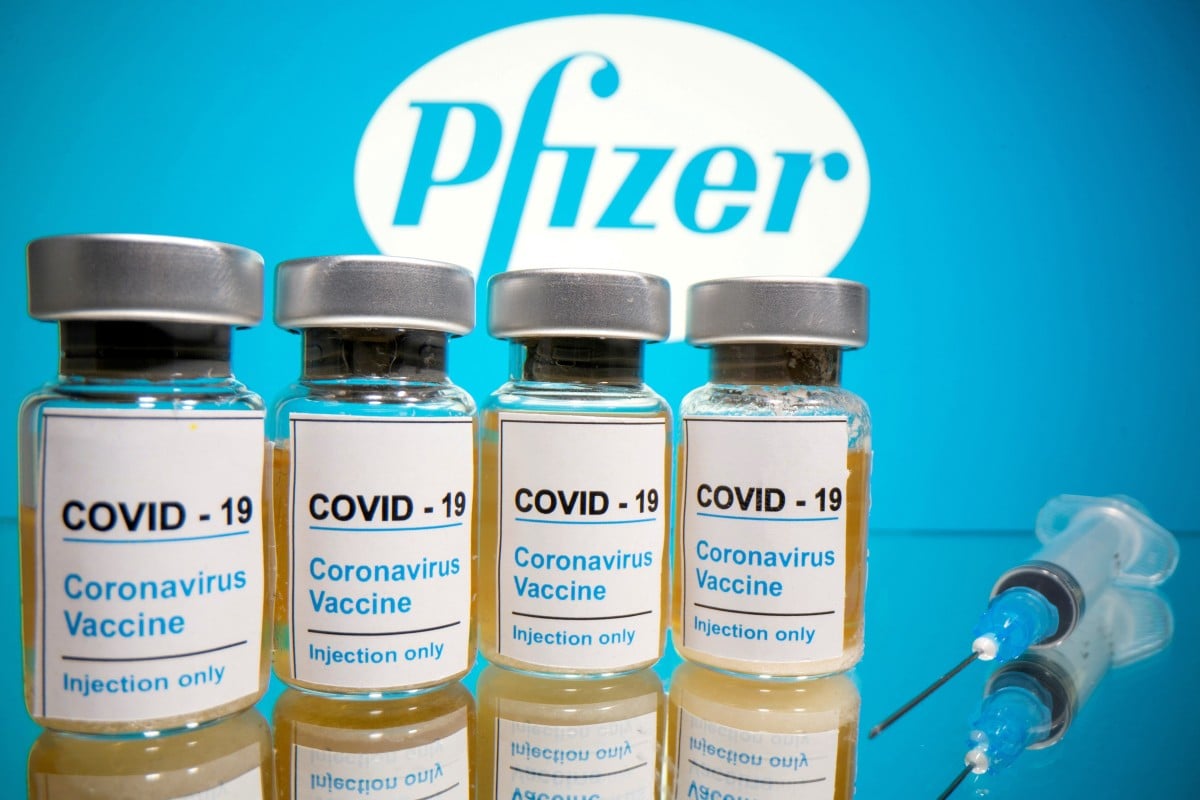 The drug company Pfizer is just one of the many companies working to develop a vaccine to protect against Covid-19. Photo: Reuters

This week has seen a flurry of good news from Covid-19 vaccine developers, with Pfizer Inc. and BioNTech SE promoting early data indicating their vaccine is more than 90 per cent effective.

A Russian project came out a day later, touting 92 per cent efficacy for the Sputnik V vaccine, named after the Soviet-era satellite, based on a smaller data set.

“Lockdown” is the word of the year during Covid-19

How do manufacturers determine if a vaccine is effective?

In Pfizer’s case, it waited until 94 volunteers in its late-stage clinical trial of more than 43,500 people - half of which got the vaccine, the other half got a placebo (something that has no effect) - tested positive after developing symptoms.

For 90 per cent-plus efficacy, no more than eight people among those who tested positive had received the vaccine, with the rest having received the placebo.

“Roughly speaking, it’s probably around eight to 86 cases in the treated and placebo groups,” David Spiegelhalter, a Cambridge professor of risk and an expert in statistics, said.

“You don’t need a lot of fancy statistical analysis to show that this is deeply impressive. It just hits you between the eyes.”

In Russia, Sputnik V-developer Gamaleya Institute reached its preliminary 92 per cent efficacy figure based on 20 illnesses in 16,000 volunteers as its late-stage trial progresses. It aims to reach 40,000 people.

“It suggests that there is some effect, but it’s insufficient to estimate the magnitude of it,” Spiegelhalter said.

What NOT to do to prevent, treat or cure Covid-19

How do these results stack up to other drugs or vaccines?

In normal drug trials, for diseases like terminal cancer, benefits of new medicines may be less apparent, with survival benefits of just a few months sometimes revolutionary for patients at death’s door.

For vaccines, however, marginal protection is inadequate, and the World Health Organisation ideally wants to see at least 70 per cent efficacy in trials, while the US Food and Drug Administration wants at least 50 per cent.

The 90 per cent efficacy reported in the Pfizer and Russian trials beats those, and appears to exceed that of typical flu vaccines, which the US Centres for Disease Control and Prevention (CDC) estimate reduce the risk of sickness by 40 - 60 per cent.

The Covid-19 vaccine trials look promising so far, but what would they mean in the real world?

For other shots, the CDC estimates the efficacy of a two-shot measles vaccine at 97 per cent, and a two-dose chicken pox vaccine at 90 per cent. Two doses of polio vaccine are 90 [er cent effective, rising to nearly 100 per cent with a third.

Pfizer acknowledged on Monday that its final vaccine efficacy percentage may vary. Still, Spiegelhalter said the study’s design seems likely to generally hold up, based on the 94 sick participants.

“In this case, the effect is so huge, even if there is a little bit of fallback - if the effects become slightly smaller over time - that is very unlikely to be significant.”

Will cold weather stop the spread of coronavirus outside?

How effective would vaccines be in the real world?

The interim data is promising, since it appears to demonstrate that a vaccine can be effective in preventing Covid-19.

The jump to mass vaccinations, however, presents new hurdles, in particular for a vaccine like Pfizer and BioNTech’s that must be stored and shipped at minus 70 degrees Celsius (-94°F).

Moreover, the Pfizer-BioNTech vaccine requires two doses, ideally 21 days apart. If people do not stick to the timetable, it may affect the vaccine’s efficacy.

US develops AI algorithm that can identify Covid-19

Protection against the mumps, for instance, drops from nearly 90 to 78 per cent, if people don’t get a follow-up shot.

Swiss epidemiologist Marcel Tanner, president of Switzerland’s Academies of Arts and Sciences and one of the government’s top Covid-19 science advisers, expects possible variations in efficacy among older people, whose immune systems weaken with time, or those with immune disorders.

“Efficacy says, ‘Does it work?’ Effectiveness says, ‘Can it be applied? Can you carry the efficacy to the people?’” Tanner said. “But no question: 90 per cent efficacy, at that stage, is a pretty good result.”