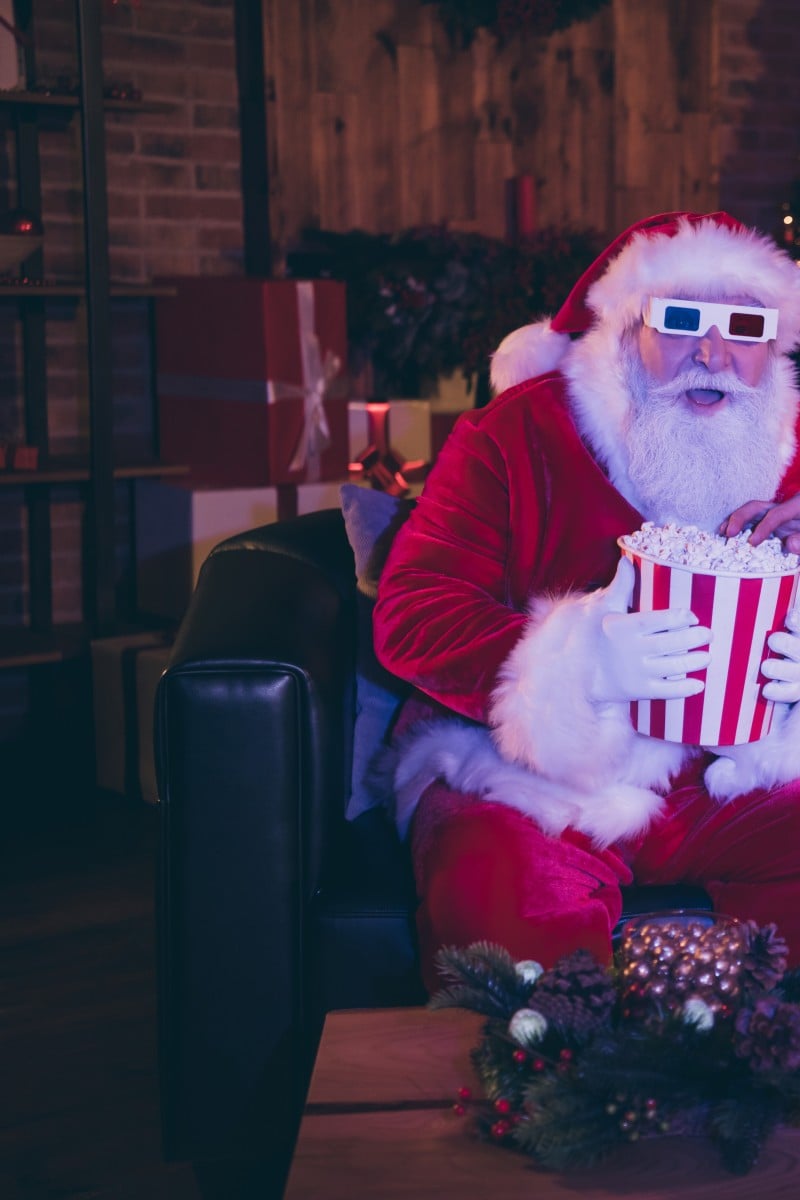 10 must watch classic Christmas movies, from ‘Elf’ to ‘Home Alone’

55 mins ago
Your VoiceShow Off 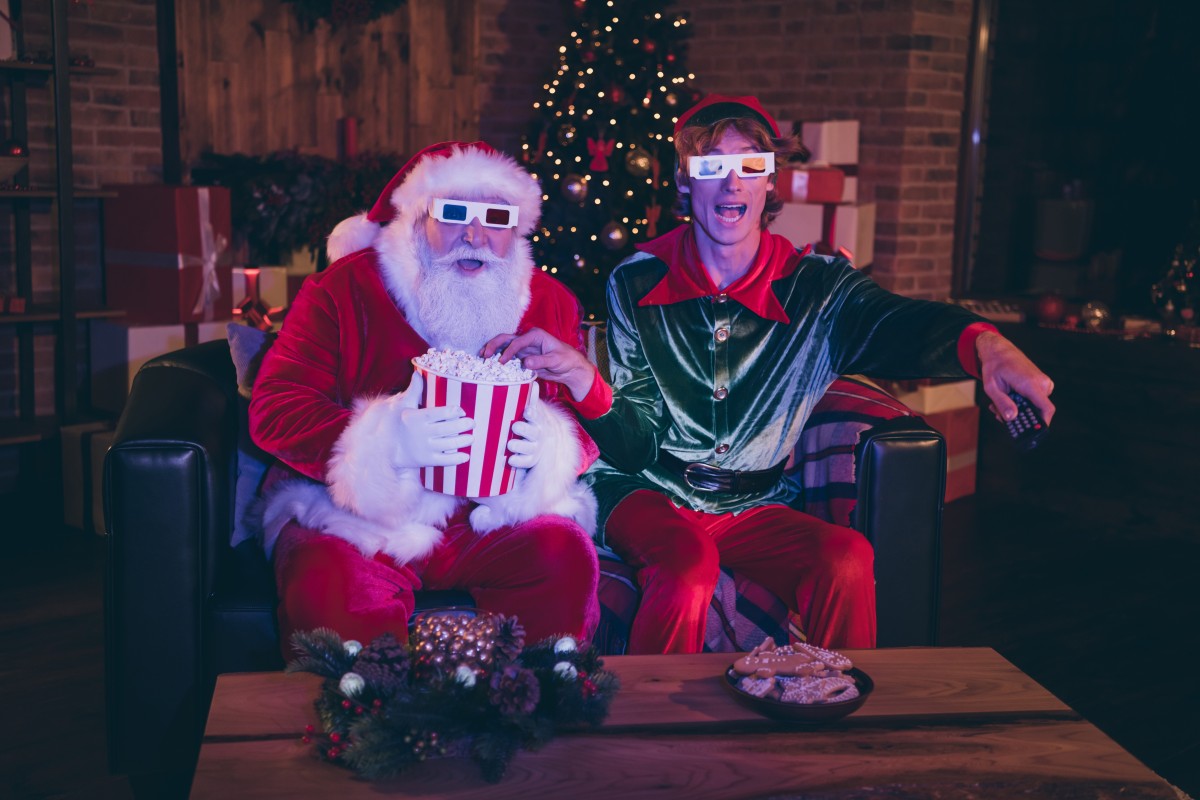 Sit back and enjoy these classic Christmas films.

Christmas might be a little different than usual this year, but one tradition that can stay the same is enjoying a cheesy Christmas film with your friends or family.

Netflix is full of predictable romcoms with impossible storylines like switching places with a princess, and accidentally falling in love with a prince and ... a lot of stuff to do with royalty. We prefer these tried-and-tested holiday classics.

Your guide to what you can recycle this Christmas

How the Grinch Stole Christmas (2000)

Who doesn’t love a tale of a mean old meanie who can’t stand the incessant singing (and really, no one wants to deal with that much noise) and decides the best way to put a stop to Christmas is to steal it? The live-action version of this famous Dr Seuss story is especially heart-warming because it dives into the Grinch’s past and shows you he actually has a pretty good reason to be grumpy (also: Baby Grinch was the OG Baby Yoda). If you can’t get enough Grinch, look up the original animated version as well. You’ll get the movie’s theme song, You’re a Mean One, Mr Grinch, stuck in your head for days.

Oops! The McCallisters have left for a Christmas trip to Paris – without their son Kevin, who is home alone. It ends up being kind of useful, actually, as he’s able to tackle wo totally useless robbers using a series of tricks and traps. In the follow-up, which takes place one year later, Kevin ends up in New York (you think his family would do a better job watching him). And guess what – he runs into those same robbers again. You’ll also see a shot of a soon-to-be-former US president in Home Alone 2. We’ll let you guess which one.

The Nightmare Before Christmas (1993)

Pulling double duty as both a Halloween and Christmas movie, this creepy, stop-motion musical tells the story of Jack Skellington, the king of Halloween Town, who accidentally stumbles through a portal into Christmas Town.

He becomes fascinated by the new holiday and decides that he needs to get everyone to celebrate – with a Halloween twist, like skeleton reindeer and shrunken, severed heads for presents. It’s a great movie for anyone who is feeling festive, but also enjoys a little scare.

This movie didn’t get great reviews, and Arnold Schwarzenegger’s acting is questionable at best, but it’s still a fun story about two dads racing to beat each other to get the ultimate Christmas toy for their kids. It’s a good movie about the importance of family, and how obsessed we’ve become with getting and giving stuff for Christmas.

No Christmas movie list is complete without this modern classic. Who can resist the story of a human raised as an elf, trying to find his way in New York City? It’s a great fish-out-of-water tale that most people can relate to, and it’s a predictable – but still heart-warming – story that’s perfect for a cosy Christmas Eve with a big blanket and a cup of cocoa.

Are you ready to shed a few tears this Christmas? This movie about a cow who yearns to be one of Santa’s reindeer will make you cry like a baby.

A young orphan named Billy lives on a farm with his grandfather. Billy hasn’t spoken since the fire that killed his parents some years ago. One Christmas Eve, a calf named Annabelle is born. Santa visits and sprinkles a magic powder on her and the other animals on the farm, giving them the ability to speak.

On Christmas morning, Annabelle accidentally reveals her magical power to Billy, and they become close friends.

You may not expect it, but this animated movie is a touching portrayal of love and sacrifice. Keep some tissues handy!

If you read the Snoopy comics, this one is for you. Charlie Brown is feeling depressed, even though it’s the holiday season. Lucy suggests he direct a Christmas play, but his peers make fun of his effort. Charlie also is upset that everyone is focusing on presents, not family and friendship, but Linus comes to the rescue and saves his mood – and the celebration.

It’s Christmas Eve, and a young boy sees a mysterious train bound for the North Pole stop outside his door. The driver invites him to hop on, and he joins some other children on a visit to Santa Claus. who is getting ready for Christmas. The movie is famous for its animation, which is truly beautiful and unique.

This film starts off on a bit of a bummer: a man kills Santa Claus by accident. But it turns out that if you put on the Santa suit, you become the big guy himself (this is a law known as “The Santa Clause” – get it?) It’s also a touching story about believing in magic, growing up, and family love. Oh also, there’s an awesome action-filled scene, where some elves break Santa out of jail.

You certainly know the story of Rudolph: he was born with a bright, shining red nose, and all the other reindeer made fun of him, until that Christmas Eve when a giant snowstorm came and nearly cancelled Christmas and Rudolph saved the day. But now you can see what it was like for him growing up, and meet his friends. Hermey is an elf who just wants to be a dentist, and Yukon Cornelius has spent his life searching for silver and gold. They visit the Island of Misfit toys, where broken toys that children didn’t want end up ... oh yes, it’s another sad one, but it’s beautiful.