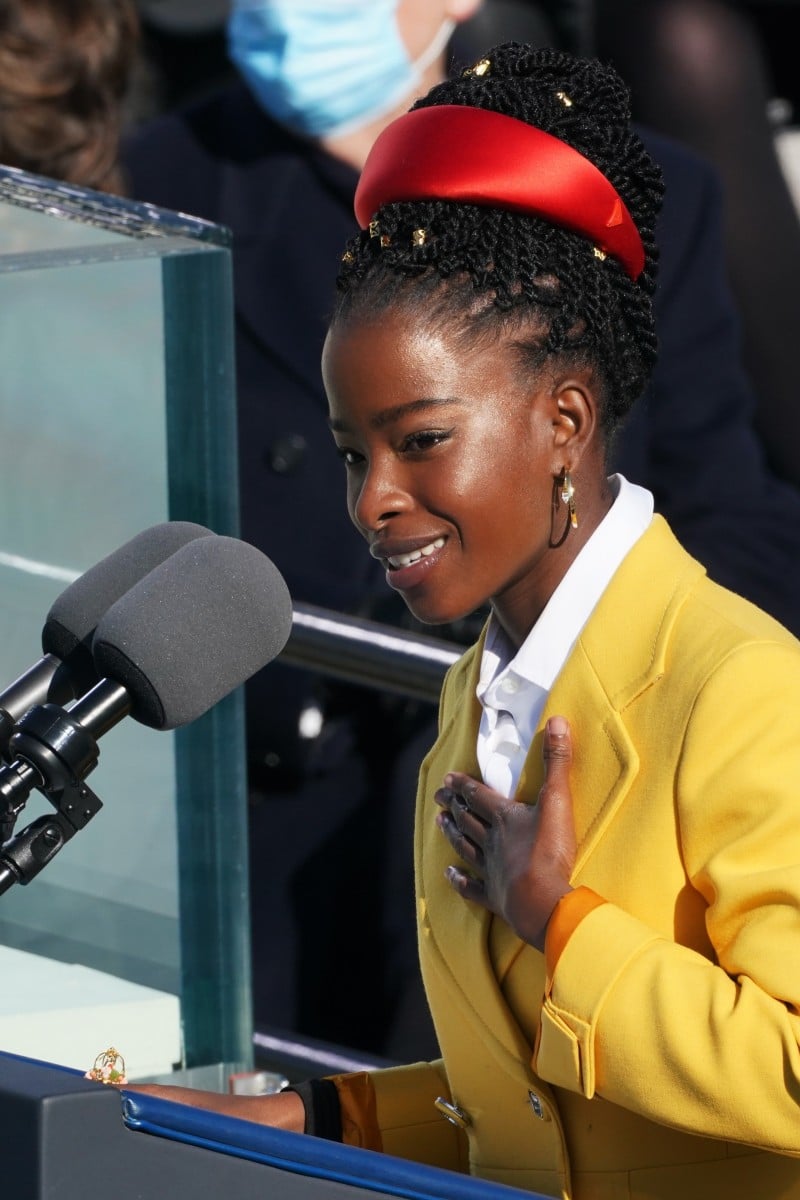 What inspired Amanda Gorman’s ‘The Hill We Climb’? Here are 9 of the literary references, from George Washington to Maya Angelou 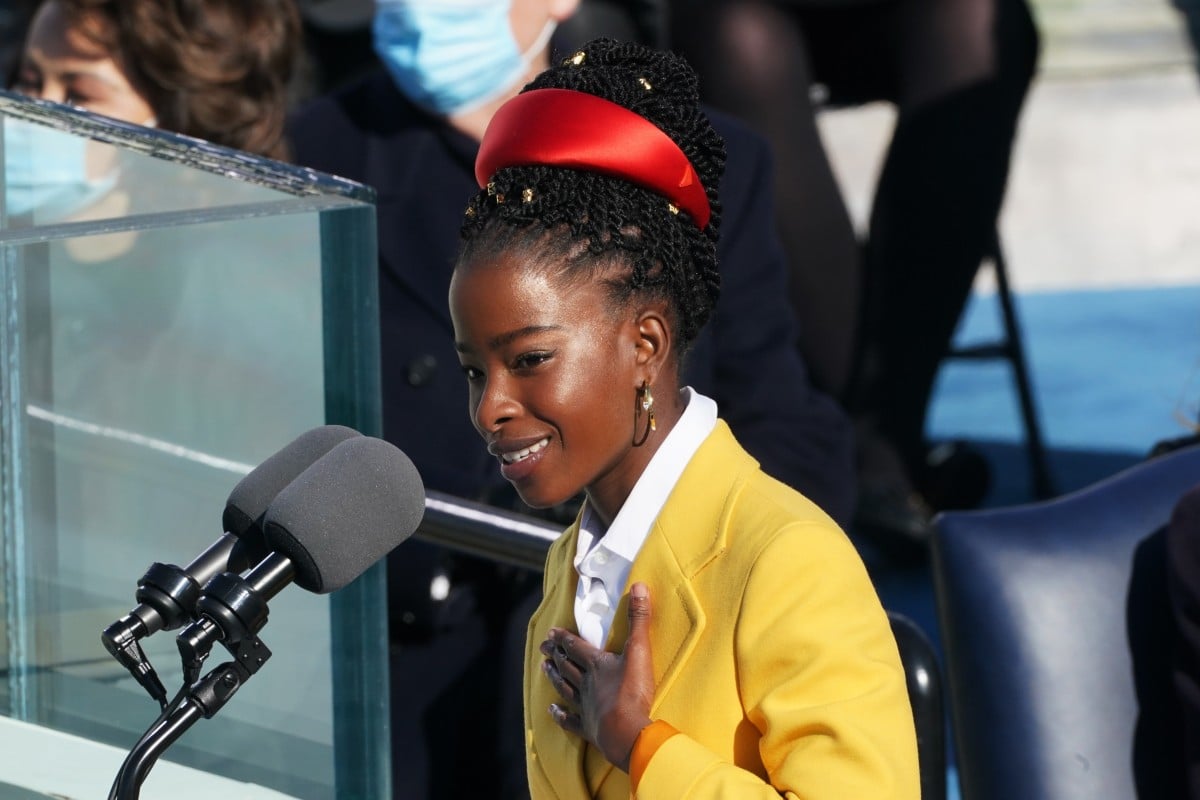 She may be only 22, but Amanda Gorman is set to join the ranks of great poets, writers whose work is studied in classrooms around the world.

Gorman, America’s first youth poet laureate, read her work, The Hill We Climb, after the swearing in of President Joe Biden and Vice President Kamala Harris at the 2021 presidential inauguration.

The poet told US radio station NPR she deeply researched her work by reading American literature and studying performances by other poet laureates.

“I think there is a real history of orators who have had to struggle, a type of imposed voicelessness, you know, having that stage at inauguration,” Gorman said. “So it’s really special for me.”

Read The Hill We Climb in full here

Here are nine of the American wordsmiths and works Gorman references in her poem.

Angelou, a Pulitzer Prize and Presidential Medal of Freedom recipient, performed her poem On the Pulse of Morning at Bill Clinton’s 1993 inauguration. Gorman told Vogue magazine she studied Angelou’s work to prepare for her reading.

Martin Luther King Jr was one of the most vocal activists of the Civil Rights movement in the 1950s and 60s, when Black Americans were fighting to end institutionalised racial discrimination.

Gorman referenced lines from his famous “I Have a Dream” speech made during the 1963 March on Washington when she writes: “We are striving to forge our union with purpose, to compose a country committed to all cultures, colours, characters, and conditions of man.”

King famously said during his speech, “I have a dream that my four little children will one day live in a nation where they will not be judged by the colour of their skin but by the content of their character.”

Abraham Lincoln was the 16th president of the United States, and he played a big role in ending slavery in the country.

In 1863, Abraham Lincoln gave the Gettysburg Address in part to inspire soldiers fighting the Civil War by saying, “It is for us the living, rather, to be dedicated here to the unfinished work which they who fought here have thus far so nobly advanced.”

Gorman nodded to Lincoln’s “unfinished work” in her line: “Somehow we do it, somehow we’ve weathered and witnessed a nation that isn’t broken but simply unfinished.”

George Washington used the biblical phrase “under their vine and fig tree” numerous times in correspondence, according to historian George Tsakiridis.

Gorman references this phrase when she says, “Scripture tells us to envision that everyone shall sit under their own vine and fig tree and no one shall make them afraid.”

The first, “For while we have our eyes on the future, history has its eyes on us,” alludes to the song, History Has Its Eyes on You.

The second is in reference to Washington’s saying “under their vine and fig tree”, which the character in Hamilton also called to in the play.

She said, “If we merge mercy with might and might with right, then love becomes our legacy and change our children’s birthright.”

Obama's campaign was one of positivity and hope. Photo: AFPThe nod to “change” brings back Obama’s 2008 campaign slogan and acceptance address line, “change has come to America”.

Toward the end of her poem, Gorman says: “In every known nook of our nation, in every corner called our country, our people, diverse and beautiful, will emerge battered and beautiful.”

The last three words pay homage to two iconic works – I, Too and Still Here – by fellow poet Langston Hughes.

Hughes, who was also Black, begins Still Here with: “I’ve been scared and battered. My hopes the wind done scattered.” The poet ends I, Too with, “They’ll see how beautiful I am and be ashamed – I, too, am America.”

Frederick Douglass was an escaped slave known for being a writer, social reformer, and abolitionist, working to end slavery in the United States. Gorman seemed to reference one of his famous sayings.

An 1855 portrait of DouglassWhen she says, “Being American is more than a pride we inherit, it’s the past we step into and how we repair it,” she may have been referring to a famous saying by Douglass: “It is easier to build strong children than to repair broken men.”

The poet said she studied Douglass’s work prior to her address.

Intruder in the Dust, Nobel Prize winner Faulkner’s 1948 book, explores the effect on the American South of the Jim Crow laws, those that enforced racial segregation. In the book, the author said Americans love nothing but their automobile, which they spend Sunday “polishing and waxing” and renews each year in “pristine virginity”.

Gorman seemed to reference this work when she said, “And yes, we are far from polished, far from pristine, but that doesn’t mean we are striving to form a union that is perfect.”