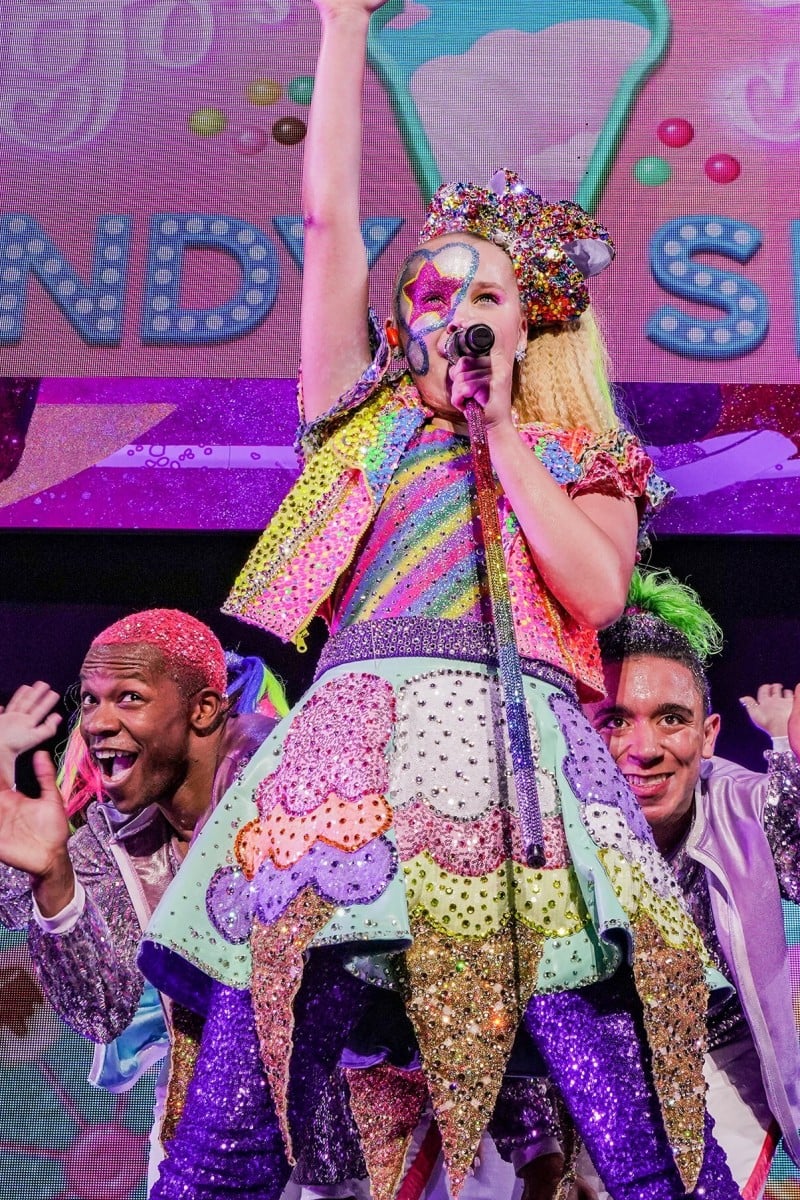 YouTuber JoJo Siwa comes out as a member of the LGBTQ community: ‘I am just so happy’ JoJo Siwa came out as a member of the LGBTQ community. Photo: TNS

Online superstar JoJo Siwa has officially come out as a member of the LGBTQ community.

JoJo, 17, opened up in an Instagram livestream over the weekend about being “just so happy” after she received an outpouring of support for two posts she made earlier last week that seemed to indicate she had come out.

What NOT to say when a friend comes out to you

She added: “I’m the happiest that I’ve ever been, and that’s what matters.”

JoJo posted a video earlier this week on TikTok of her mouthing the lyrics to Born This Way by Lady Gaga, typically known as a LGBTQ anthem.

Then on Friday, she tweeted, “My cousin got me a new shirt,” with a picture of herself in a T-shirt that reads “BEST. GAY. COUSIN. EVER.”

JoJo recalled a discussion with her parents in which her mom said she realised “about two years ago” that her daughter didn’t “only like boys”. Both her mum and dad were very supportive, she added.

“Somebody asked, ‘What label are you?’ You know, I have thought about this, and the reason why I’m not ready to answer is because I don’t really know this answer,” she said.

“I think humans are awesome. I think humans are really incredible people. I right now am super-duper happy and I want to share everything with the world, I really do, but I also want to keep things in my life private until they’re ready to be public.”

She added: “But right now what matters is that you guys know that no matter who you love, that it’s OK. And that it’s awesome. And that the world is there for you.

Throughout the livestream, JoJo beamed and reiterated to her fans how happy she was.

“No matter what, I love you guys. I have your backs for forever,” she said. “If I could give you any advice, do whatever it is that makes you happy.”

Born Joelle Joanie Siwa, JoJo is famous for her giant hair bows, sparkly outfits and larger-than-life personality, and she boasts millions of followers online. Across YouTube, Instagram and TikTok, she has racked up more than 42 million followers.

Fans were quick to celebrate the news across social media.

“jojo siwa coming out is so important ... her audience is younger and kids being able to look up to someone thats NOT straight could help them discover themselves and hopefully make future generations even more open-minded. this is a jojo siwa stan account” @sisterariola wrote. @bridgetsrose added: “jojo siwa coming out at what could be considered the peak of her career when her audience is mostly kids is such a power move and i respect her so much for that”.

The entertainment world initially met JoJo in 2013, when she appeared as a contestant on Dance Moms spinoff Abby’s Ultimate Dance Competition, before landing a role as a Dance Moms regular in 2015.

Abby Lee Miller, JoJo’s former dance coach on Dance Moms, wrote on Instagram in response to the teen’s coming out that she “always knew the world would be a more colourful, positive, sparkly place with a kind, loving, dazzling triple threat like you in it – a shining example for the kids out there to live their BEST lives each and every day.”