The story behind capoeira, Brazil’s martial art with a message 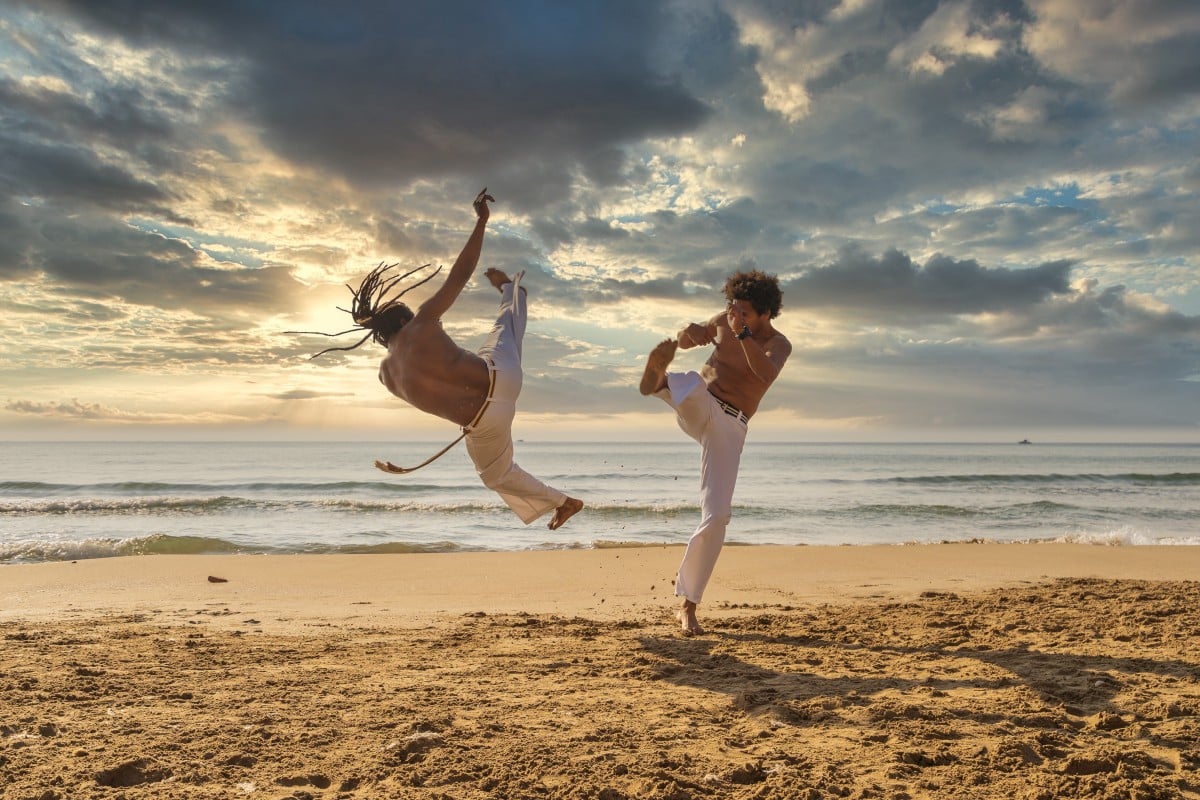 People around the world enjoy the grace and beauty of capoeira.

Brazil’s capoeira (ka-poo-ei-ruh) has been growing in popularity since the early 1950s.

Fans of the sport are drawn to its acrobatic dancing, powerful attacks, and pulsing rhythms – it’s the only martial art that comes with its own soundtrack. The music makes the sport a lot of fun, but it’s an integral part of capoeira’s history.

Brazil in the old days was a terrible place to live if you weren’t a white landowner. It was a colony of Portugal, and that country brought millions of slaves from Africa to dig in dangerous mines or to transform rugged lands into productive farms.

Why Krav Maga is perfect for self-defence

These people were treated as less than human, lived in horrible conditions, and were often worked to death. Not surprisingly, many of them chose to escape into the wilderness.

People who had escaped slavery started to form communities.

They worked together for survival, helping each other to build shelter and find food, but they also had to defend themselves against slavers intent on recapturing their “property”. Out of this harsh life, capoeira was born.

Capoeira has its own built-in soundtrack.

As the free communities in the jungle grew more powerful, they began to send people back to the plantations to spread a message of rebellion and to teach the workers capoeira.

Of course slaves weren’t allowed to practise martial arts, but they were allowed to dance. Standing in a circle, the men would sway back and forth as a band. Simple, home-made musical instruments provided the music.

As soon as the guards looked away, the drummer would change his rhythm, and the dancers would leap into action, sparring with flips and kicks.

The second the guard looked back, the drummer would change the beat again, and the fighters would once again become dancers.

The art was an effective one in close combat, especially for someone who never had access to weapons.

Brazil became an independent nation in 1822, but slavery wouldn’t be banned until 1888.

Former slaves now returned to the cities, where they had trouble finding work. Crime was high and police said that it was because of the dangerous influence of capoeira. The sport was banned, and anyone caught practising it was arrested and tortured.

In 1932, a man named Manoel dos Reis Machado opened the first capoeira school. The sport was still illegal, so Mestre Bimba (as he was known) simply called it the Bahia fighting style. His school was popular, even with upper-class students.

In 1940, after eight years of teaching and quietly cleaning up its reputation as a gangster sport, the government legalised capoeira.

Now it is enjoyed by millions of people around the world as a dance, a game, and a martial art.