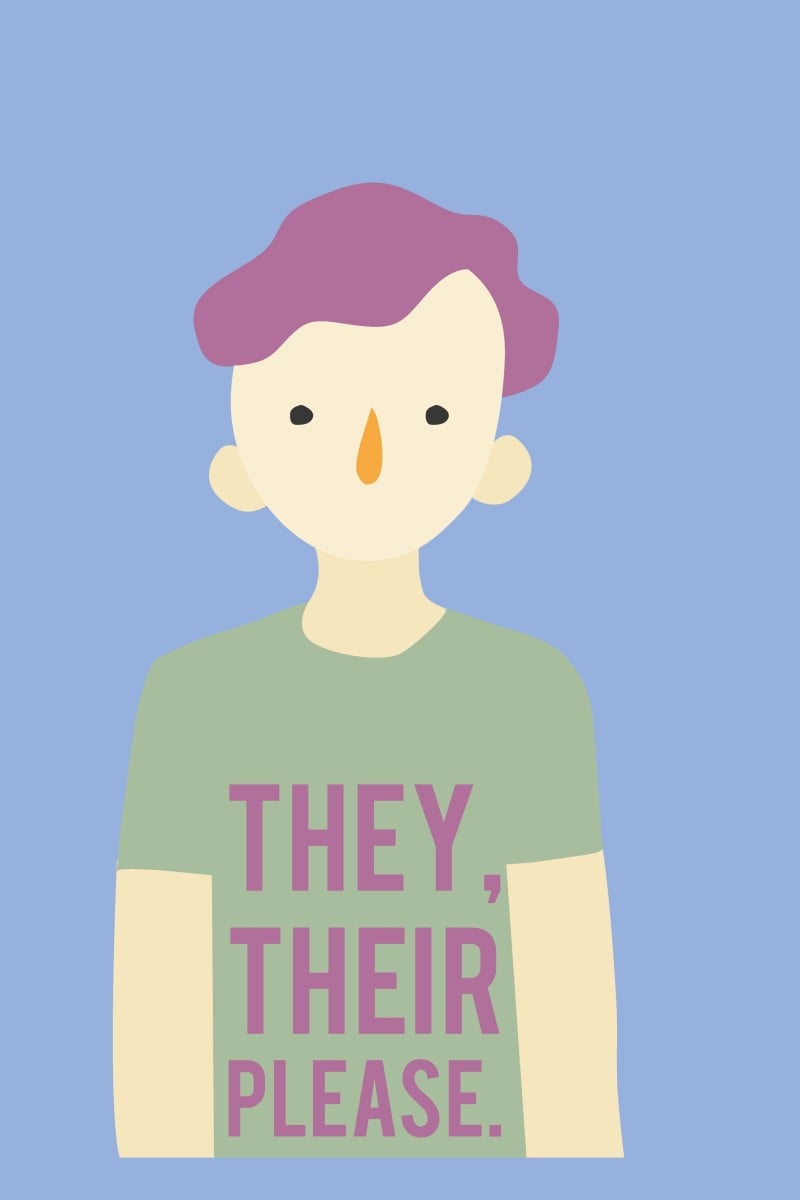 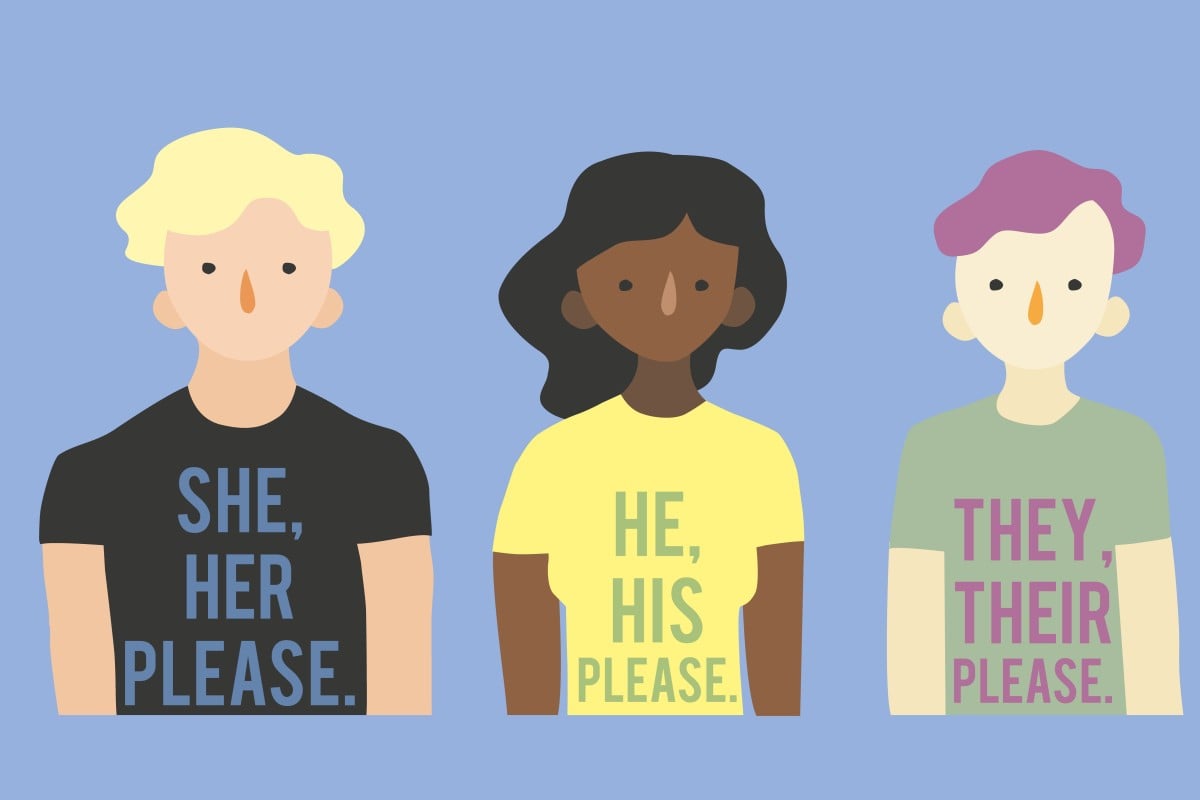 Using someone's correct pronouns is a way to respect the person in front of you.

Last month, singer Demi Lovato announced they’re changing their pronouns to they/them . Singer Sam Smith did the same back in 2019. Last month, Instagram released a feature specifically to display pronouns - it’s only available in a few places, but will be more widely launched soon.

The most common English pronouns are he/him, she/her, and they/them, but pronouns like ze/zir and ey/em are gaining popularity.

More people are starting to state their pronouns in emails or when they meet someone to clarify their gender identity. What was started by the LGBTQ+ community is now becoming standard for allies, too.

What LGBTQ+ teens in HK need

Young Post spoke to four students who grew up in Hong Kong about why they state their pronouns, and what it means to them.

Miko Badiola Borje, 23, who grew up in Hong Kong but now studies in London, identifies as non-binary, meaning they aren’t just masculine or feminine, and they do not define themselves by the traditional genders of male and female.

Borje points out that using someone’s correct pronouns is a way to “respect the person in front of you”. And though Borje generally uses they/them pronouns, they sometimes use she/her pronouns, explaining, “It usually comes down to how I’m dressed.”

When Borje is in drag as BauhiniaxBlack, they are comfortable with feminine pronouns because it is common for drag queens to refer to each other using she/her.

For them, stating pronouns can also be a “clear direction to a safe space” - indicating whether or not someone might be welcoming of LGBTQ+ people.

But they know that not everyone will be on board with this, and different upbringings and languages might pose limitations.

While Borje generally prefers they/them pronouns, when in drag, they are comfortable being referred to by she/her. Photo: Natasha Bandlish

“It’s been a learning curve for my parents, but ... they see past my gender identification,” says Borje, who is of Filipino heritage, adding, “Pronouns aren’t gendered in Tagalog.”

In Hong Kong, trans and non-binary people writing in Chinese sometimes use the gender-neutral pronoun, 佢 (pronounced kui), instead of the masculine 他 and feminine 她. And over in Sweden in 2015, they added the gender-neutral term, hen, to their official dictionary.

These changes in public vernacular are everywhere, due largely in part to more discussions of LGBTQ+ issues off-and online.

Saloni Sethi, a 16-year-old at South Island School, learned about pronouns when she joined Instagram, and friends told her to add her pronouns, which are she/her, to her bio.

“I didn’t understand at first, but that changed when I started talking about gender expression with my friends,” she says.

But she’s aware that stating pronouns can have repercussions: “I have a friend who doesn’t state their pronouns because they don’t want people to know they are queer.”

Saloni Sethi didn't understand the importance of stating her gender pronouns at first, but conversations with her friends helped her learn more. Photo: Saloni Sethi

They argue, “If cis people [those who identify with the gender assigned at birth] put pronouns in their bio, they normalise it, and then it’s not a queer-specific thing.”

Hey LGBTQ+ teens - be yourself, everyone else is taken

Dash says that when cis people state their pronouns, they also send a message to trans and non-binary people, saying: “I am an ally.”

Dash is non-binary and transgender masculine, and uses they/them and he/him pronouns. But people often assume their gender because they see Dash as female.

Dash says that even if you identify with the gender you were assigned at birth, stating your pronouns shows you are an ally. Photo: Asher Chan

“If I meet new people and state my pronouns straightaway, it gives them a chance to respect me and my identity,” Dash adds.

Having experienced being called by the wrong pronouns, they were grateful when “a friend stepped in and corrected that person”.

LGBTQ+ teens in Hong Kong talk about prejudice and education

Zachary Perez Jones, 16, uses he/him pronouns, and feels that they are just as normal and important as stating your name or age.

As a cis male, he is “happy to tell anyone who asks” about his pronouns, but knows it is a privilege to not have to constantly correct people’s assumptions of his gender.

Zach feels that pronouns are just as normal and important as stating your name and age. Photo: Zachary Perez Jones

Having grown up in Hong Kong, Zachary feels that while the city has been slow to recognise different gender identities on a governmental and societal level, the more people do this, the more comfortable it will be.

“Hopefully in the future, this will become common practice,” he says. “It’s just a simple fact about yourself that others should know.”