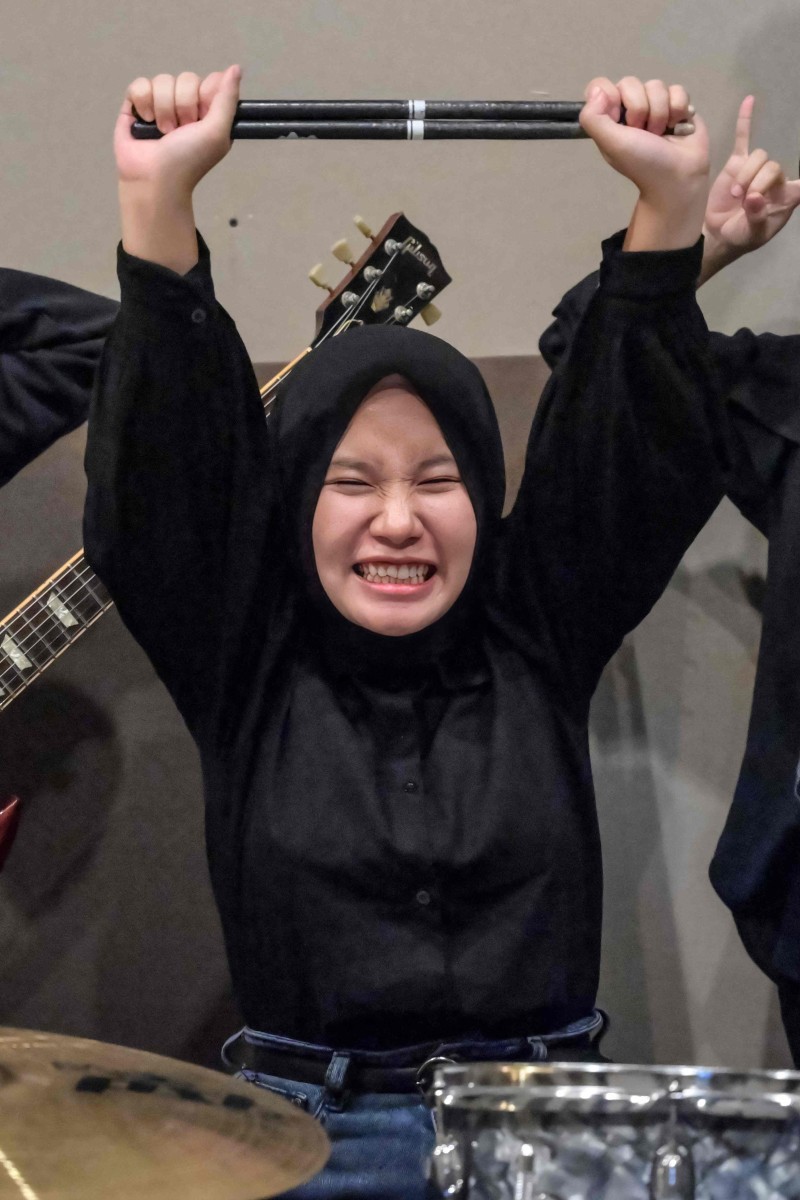 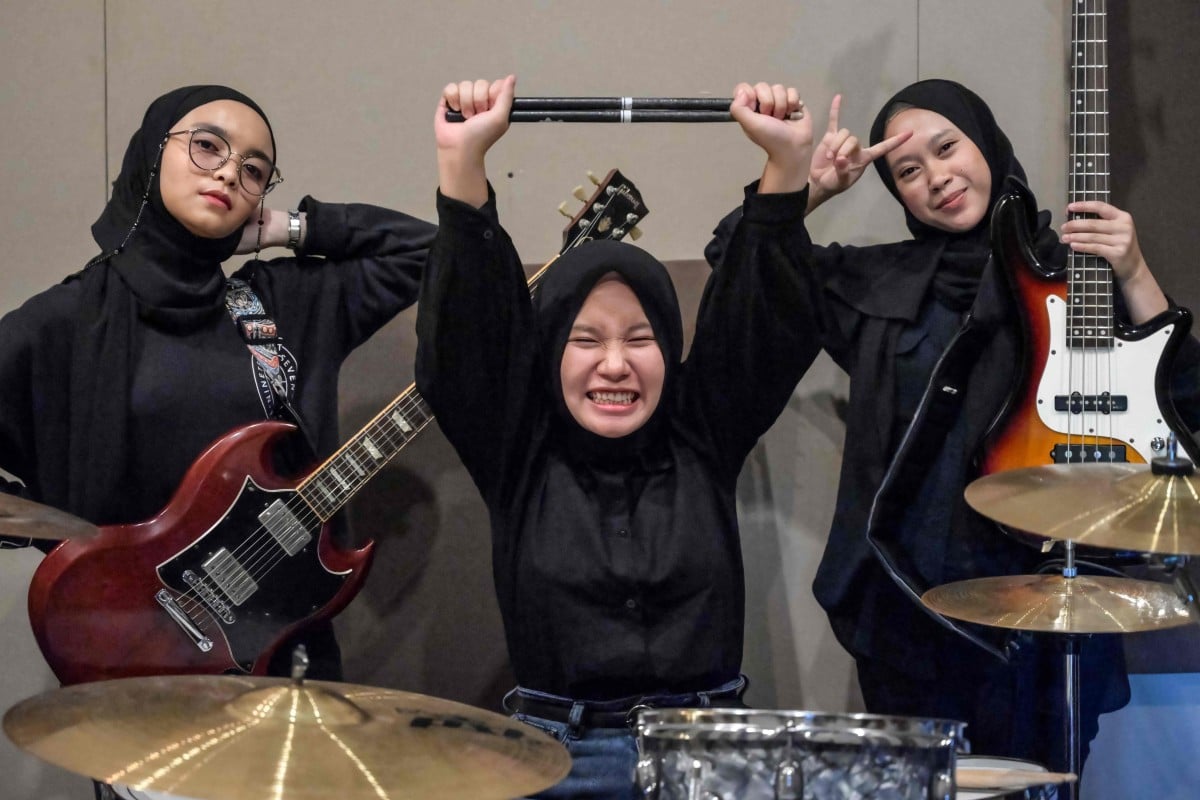 They count some of rock music’s biggest stars among their fans, but Indonesia’s hijab-wearing, headbanging, all-female heavy metal band VOB faced a tougher battle in winning over their parents.

The diminutive trio behind Voice of Baceprot (“Noisy Voice” in English) have spent years honing their skills at music festivals around the country after forming VOB as young teens in 2014.

It is a long way from the conservative town in West Java province where they grew up, shrugging off a hostile reaction from neighbours and family members to pursue their passion.

“Because of metal music, I have the courage to speak my mind and the confidence to be different,” 19-

“When I’m on stage, I can express myself without worrying about the norms that people expect from me”.

Obeying those norms would have compelled the three women to marry right after high school.

“They said that once I got married, my future husband wouldn’t tell me to read books, but to cook or clean the house instead.”

The trio’s stubborn determination eventually won over their parents and they moved to the capital Jakarta last year to hone their talents.

Your guide to gender identity and the importance of pronouns

“Music is a place for us to gain happiness and share that with other people,” Kurnia said.

“We’re just grateful if the audience gets something, like a message, from our music.”

The move to the big city comes after their popular 2018 single School Revolution, which took aim at Indonesia’s strict education system.

The women in VOB say they never expected to become as famous and well-known as they’ve become. Photo: AFP

Much of their songwriting these days now focuses on the role of women and environmental issues.

“The band are a reflection of mainstream Muslim girls in Indonesia,” he added.

“We never expected” that kind of attention, said Kurnia. “It felt like a dream.”

The band has played several online concerts since the pandemic shut down most cross-border travel, including the WOW UK Festival in England and the Global Just Recovery Gathering.

VOB draws inspiration from their lives and the women in their hometown, who they say are treated like second-class citizens. Photo: AFP

They hope their hard-driving tunes will land them a spot at top-tier US music festival Coachella one day, and the chance to collaborate with idols System of a Down.

In the meantime, VOB say they’ll keep drawing inspiration from the women in their hometown, where many do back-breaking farm work.

“The women there are treated like second-class citizens,” said drummer Euis Siti Aisah.

“But there are lot of tough ladies in our village.”